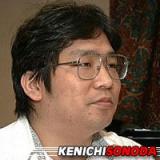 Comments
Sonoda moved to Tokyo in 1984, at the age of 21, and began work at Artmic, an anime studio. During this time, he worked on Bubblegum Crisis, producing the original Knight Saber character designs. He also worked on Gall Force, for which he did the original character designs. He worked at Artmic until 1991, when he began work on the manga series Gunsmith Cats. Gunsmith Cats is one of Sonoda's best known works, being both a Harvey, and Tezuka award nominee. Sonoda concluded Gunsmith Cats' run in 1997, when he put the manga on hiatus, and began work on Cannon God Exaxxion. In 2004, after finishing Cannon God Exaxxion, he returned to work on Gunsmith Cats, with the follow-up manga, Gunsmith Cats Burst.

His doujin circle is Ganso Sonoda Ya (元祖園田屋 ).

KOTOBUKI Tsukasa was an assistant of his.