Login to add items to your list, keep track of your progress, and rate series!
Description
Ohno Fumi is a poor 2nd year high school student. Because of her father's debts, she's kicked out of her own home and has to rely on her own connections to survive. Thus begins her life as a live-in housekeeper for a reclusive writer. 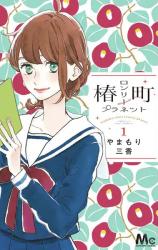 I have felt atleast 600 emotions while reading this...
by sugauri
August 4th, 2021, 2:02pm
Rating: N/A
Let me start off by saying that I am not the kind of person who leaves reviews for even mangas that I love a lot. I'm shy and new to not only regularly reading manga but also to forums.

I have to admit, going into this I was extremely apprehensive. I had read nothing but mixed reviews and honestly, I put off reading this manga for a solid two months. But, in a fit of boredom i finally picked it up. And GOSH. this was a rollercoaster.

In my opinion, the characters weren't all that well developed, with the exception of Gorou. The real rollercoaster of emotions came more from how utterly cliche every happenstance was. I love cliches. I read shoujo and josei specifically for the cliches. But, wow. Every chapter made me either want to slam my own head into a wall because of the "miscommunication" between the ML and FL or made me squeal because of how cute the second couple (and in some cases, the main couple) were.

Would I recommend this manga? Probably not. If you are looking for something romantic, this is not the manga for you. While it does center around romance, there are moments where you forget that the ML and FL are in fact together and not still pining after each other. I don't, however regret reading this manga. I wasted precious sleep reading it but.... The last few chapters were quite enjoyable. Also, the side characters are extremely charismatic and great! They all definitely have 10x more personality than the leads lol.

I'm unsure if this is considered a "long" or even "detailed" review but I hope it is helpful to someone who is probably also conflicted about reading this.

(Also, the art is very pretty!!!!!! I'm definitely inclined to check out more of the mangaka's works in the future!)
Was this comment useful?  Yes

Not much to it.
by herosusan123
June 13th, 2021, 11:58pm
Rating: 5.0  / 10.0
I like looking at pretty things so I end up picking up a shoujo manga every once in awhile even though I know its just gonna be a waste of time. This was definitely one of those situations. I'm gonna give it a neutral rating because I still enjoyed the art. Its nothing over the top amazing, but it is a very clean drawing style and the screentones were done really well. I have nothing to say about the story or characters because there was nothing significant about them. In fact, I've already forgotten the plot as I'm writing this review because of how bland it was.
Was this comment useful?  Yes

It’s a no from me
by mispelling
February 20th, 2021, 1:41pm
Rating: 3.0  / 10.0
- I went back to reread it since it’s being licensed and it’s already done with scans but it still doesn’t have much of the charm as Hirunaka despite the really happy ending that feels like it came out of nowhere.

The backstory of Akatsuki was more of a plot device to explain his standoffish personality but I don’t get why he prefers Fumi over the other girls closer to his age or the editor who was similar to Fumi but actually his age. the age gap is also bigger than Shishio’s and Suzume’s and they didn’t have an established relationship outside of “I’m the housekeeper” idk it’s weird tho that the author kept justifying that Fumi’s an old lady in a young girls body and that’s why Akatsuki went for her cuz she reminded him of motherly affection that he never had lol.

But yeah this was made really to appeal to the other side of Hirunaka fans and gave the seemingly happy ending that some wanted, the build up to the romance made no sense to me tho.

Skip it
by t-ramisu
December 21st, 2020, 12:57am
Rating: 4.0  / 10.0
Note: I'm a big fan of the mangaka's previous work. But I am writing this review independent of her previous work.
This manga gets 4/10 for the art alone. The story, however, is so lacking. I had to force myself to finish since I kept thinking it would get better. It didn't. Story-wise, this is probably the worst shoujo I've ever read.

The main female and male leads have the personality of a cardboard box. They are nearly unlikeable. The main female lead is naive but in a frustrating way, not a cute way. We are supposed to believe that she is a strong independent female character because she is shouldering the debt and working while going to school. Except she's passive, obedient, and holds a pity party for herself every other chapter. Even though she's still in high school and are inexperienced when it comes to relationships, she somehow believes that she will never love anyone else besides this guy (lol wtf). She goes through the whole series like this but within the last 10 chapters
Spoiler (mouse over to view)
she started to grow a spine and can suddenly stand up to the male lead's adoptive mom and basically helped them resolve their estranged relationship.
Totally believable.

Do not even get me started on the main male lead.

There are cliches all over without any interesting points or twists to differentiate it from other shoujo works. Hardworking but naive and boring girl? Somehow she still has guys fawning all over her. Tsundere guy who has zero EQ? Of course girls would be all over him, duh!

The relationship is so boring. The writing is just beyond dull and the potential threats to their relationships seemed like they were just hastily thrown in to move the plot and get the characters to *gasp* communicate properly. Most side characters besides the secondary couple are basically never seen again until the last chapter. Oh, and you will be reminded of the age gap constantly. It's like every conflict they have is indirectly related to the age gap. Yawn.
Spoiler (mouse over to view)
Aioi and Yoh's
relationship was so much cuter and more fun to read about.

Dropped
by kunia343
October 7th, 2020, 1:13am
Rating: N/A
I've only read until chapter 31. I liked how the story was developing that is until
Spoiler (mouse over to view)
I found out that there's an over 10 years gap between them. I really cannot stand reading romance stories involving minors with big age gaps. It makes me nauseous no matter how young the older partner looks.

If you don't mind such a setting and are not disturbed by it then I'd say go for it but if you are like me then I suggest you look for other stories to read.
Was this comment useful?  Yes

The premise is a little bit icky: a high school girl, living with a complete adult stranger and took care of him; then they developed feelings for one another.

It is pretty similar to Ryuusei with a high school female lead and a sensei. But this time, the communication was improved: they voiced their thoughts instead of keeping them and thinking "this is better for the other party" BS angsty troupe. Thus, the happy ending (it is spelt out in the last chapter's magazine cover even). I also like the fun, loving supporting characters.

Another icky thing but not too icky, but still icky (cue: circumstances), is the fact the girl was underage. So some of the things that were done could have been on criminal records. But who am I to say, I'm not fluent in Japanese legal terms and matters. Are they allowed to marry at 16?
Was this comment useful?  Yes

Hirunaka no Ryuusei vibe
by redisu
February 25th, 2020, 2:18pm
Rating: N/A
I think this manga will have the ending that the author wanted in Hirunaka No Ryuusei. I always thought that the author's choice was not quite that ending, it never seemed to be ... does she want to redeem herself? I don't know ... I lost a little confidence in the author after that ending. This manga is very similar.
Was this comment useful?  Yes

Characters + Art + Story
by JCI
November 29th, 2019, 9:36pm
Rating: 10.0  / 10.0
I'm a big fan of Yamamori Mika (her art style is gorgeus) and i found the story so enjoyable, the Fumi's personality is what i was looking for a main character on a shoujo manga, mature and composed but also cute without being pushy nor excessive. Akatsuki, well, what can i say, he's also not the typical cold guy but rather super honest that doesn't really understand what love is nor how to express what he feels, protective and also can't hide jealousy.
Talking about the art style, simply beautiful, i love how Yamamori pays attention to the clothing, the hairstyle, etc, so pleasing to see.
Also there's normally the love triangle and in this one it was not totally a love triangle and that was really refreshing.
A lot of scenarios could be what you could expect of a shoujo manga but when you add this beautiful couple with such an age gap, it becomes even more sweet and special.
10/10 💜
Was this comment useful?  Yes

boring
by Mariam7
August 26th, 2019, 12:18pm
Rating: N/A
i knew this would be a cliche shoujo , but GOD it's awfully boring like the drawing is the only good thing, the story otherwise is boring-cringey like the author is doing the minimum effort on writing, this could've been something good.