Login to add items to your list, keep track of your progress, and rate series!
Description
The story of a young woman’s struggles after being reborn into one of her beloved romance otome games–as the antagonist!

Iris, an otome game addict with no time for romance, gets hit by a truck after getting out of work–but instead of dying, she finds herself in the world of a game she’d played just hours earlier. However, she’s not reborn as the game’s protagonist, the main heartthrob of the harem. Instead, she starts her new life as the antagonist, right at the moment she’s being sent to live in a nunnery–for the rest of her life!

Links:
Original Web Publication
Official Engli... More...
The story of a young woman’s struggles after being reborn into one of her beloved romance otome games–as the antagonist!

Iris, an otome game addict with no time for romance, gets hit by a truck after getting out of work–but instead of dying, she finds herself in the world of a game she’d played just hours earlier. However, she’s not reborn as the game’s protagonist, the main heartthrob of the harem. Instead, she starts her new life as the antagonist, right at the moment she’s being sent to live in a nunnery–for the rest of her life! 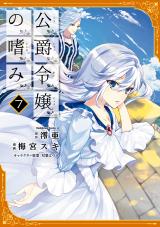 needs patience
by inhaleblake
March 11th, 2022, 4:53am
Rating: N/A
it's getting boring at this point but that plot building is definitely WORTH IT
Was this comment useful?  Yes

Dreadfully boring
by Crosswalker
February 9th, 2022, 4:27pm
Rating: 1.0  / 10.0
Things mentioned in the description matter for maybe 2 chapters. The rest is a glorified wet dream on how to be a successful businesswoman. Without facing any of the challenges of such grandiose reformations.
Reading this felt like reading a series of articles on Finance category of a news site.
Was this comment useful?  Yes

Simply incredible, but definitely not an easy read.
by moonmystery
July 17th, 2020, 11:08pm
Rating: 10.0  / 10.0
WOW I did not expect this manga to be so detailed! I'm LOVING this. Other's might find this boring, but wow I'm honestly completely shooketh.

disclaimer: if you are looking for the typical otome-game-isekai-harem tropes in this series, you will be very disappointed. This series is nothing like any of the other manga series about aristocratic female leads. This series dives deeply into economic jargons, geopolitics, public infrastructure reform, and civic servitude. I'm a pretty well-read/nerdy 22 year old, and I had a hard time understanding some of the concepts mentioned in this manga!

But, if you are intrigued by city-planning, trade, geopolitical feuds, and economics, you will undoubtedly find this manga awesome Rebuilding a fief from poverty takes priority during the first 2/3 of this manga, so romance definitely took a backseat. But that also allowed a relationship to develop much more naturally between the 2 MC's.

I love that the MC's are so multi-dimensional. We find out in ch.1 that a modern Japanese accountant's soul fuses with that of Iris, the villainess. So unlike other isekai, new Iris still feels the emotions that old Iris would have felt. I love the struggles that Iris faces-- we see her closing off the love receptors in her brain after her brother/ex-fiance abandoned her in favor of the o.g. game heroine. She, understandably, becomes a workaholic to (1) distract herself from trauma and (2) find a new purpose in life. She becomes our mirror into the world of a pre-capitalist strict social hierarchy. Also, the inter-familial relationships depicted are complex but subtle. Unlike a lot of manga, this author doesn't just repeatedly say "so-and-so is brilliant." Instead, we are shown how cunning and knowledgeable the FL and ML are through their interactions with each other and the situations around them.

Long story short, this manga series actually feels like something intelligent. It's not just wish-fulfillment. It's fantastic world-building that comes as a breath of fresh air after all the juvenile isekai stories I've read.

It started out a bit rough and confusing but the way the action developed, the male and female lead formed their bond, and the political intrigue just completely floored me.
Was this comment useful?  Yes

my opinion for reccomendation
by doniharley
June 15th, 2019, 7:11am
Rating: 10.0  / 10.0
cliche about isekai female protagonist as villainess noble is more alike redemption story.
but also it is heartwarming story telling live of protagonist were there character development is necessary or not,
for audience already know what's coming or predicted. but i think there is many lesson to learn in the story.
is kind of seinen and shoujo category in manga
the art work is look alike yaoi artist. but protagonist is well drawn
few scenario only focus on dialogue, and glimpse world around it but granted is not shounen manga
romance is flaw but is what reality romance would drawn in (with dean and iris in that balcony chapter 44)
10/10 i need more like this, because villainess herself is hardwork female lead
Was this comment useful?  Yes

The original premise of avoiding a nunnery gets resolved in 3 or 4 chapters. From there, the rest is handled in a way that doesn't even require the MC to be from our world. It feels like the isekai beginning only exists to get isekai-fans to pick this up. Afterwards it just becomes a boring explanation of finance concepts.
Was this comment useful?  Yes

Very good
by PZcolo
January 16th, 2019, 2:36am
Rating: 8.0  / 10.0
So far it's been an interesting read with decent characters and a decent enough story, thou there is nothing particularly original here it's done well and it's easy and entertaining to read. Also, the art style is nice and the amount of dumbly smiling bishounens is kept in check which is a relief since the artist takes conveying the story seriously and doesn't make a fairy tail out of it with the art, something very common in shoujo.
That said, there are few things I just can't digest in this presentation. The first being that all that innovation is basically transforming that medieval country to Japan's present administration system, which might not sound bad but the issue is that it isn't realistic that the nobility and royalty would allow or turn a blind eye to a fiefdom that empowers the citizens in such a manner and without the leave of the king.
And the second and my main gripe with this manga is that the MC, while interesting, is not very believable or consistent, one thing is knowing how a bank works and thus applying that but the author takes it to levels of knowledge she should not easily poses. Also, and above all, the MC takes over the body of Iris at the breakup of the relation, she has no reason to be depressed or shocked about what happens since from the get go she knows about it already, nor should she have any real feelings for the second prince or her own brother or anyone for that matter, they are just characters in a video game, it's understandable if she gets attached after living there but that's not the case, the truth is all previous memories she has are simply not hers, it's ridiculous to assume she would be so heavily affected by them and that she would be able to so seemingly adopt Iris persona and pretty much loose her real identity completely. Then there is also that she's a firm believer of the church... she's not even from that world, how can she believe in a god she didn't even know about? The MC is riddled with this lapses on the writer's storytelling, I think the author just doesn't use the isekai theme properly and used it only as a tool to have the MC have knowledge about economy and government that she could not have otherwise but she disregards the setting later and thus erred greatly using that theme at all imo.

Edit3: Having said all that and in spite of it this is one of the best implementations of the "transmigrated into a game" kind of settings. The fact that I'm nitpicking at such incongruities means (in my book) that it does most of the rest well and has a solid foundation. I sometimes tend to get carried by the negatives, a bad habit. 6.5 > 7.5 > 8
It's good too that the story doesn't stop or stagnate in petty rivalries and the usual romantic polygons' mess that plague the genre, it starts to expand it's playground, goes from her fiefdom to the country, then involves religion and conflicts with other states, likewise it goes from almost exclusively focusing in economics to encompass politics, it's quite interesting to be sure.
Just realized that the novel is completely translated, oh goodie.

Capitalism and Taxes Meets Political Intrigues
by Kiearah
December 25th, 2018, 5:43am
Rating: 10.0  / 10.0
...With your healthy side dose of character growth, an empowered female MC, gorgeous art, and everything else that makes a good story. Realistic romances (or lack thereof) and friendships are also present - all the better! But really, stick around for the lessons in how to centralize money and debt, how to transition into different forms of taxation, how to not fall in love only to meet the right person, how to talk to others in high society, how to start and grow a business, how to market, how to import and export goods so as to increase trade between citizens and between different territories, and how to run a proper government.

Come for the gimmicky-sounding isekai otome heroine plot, stay for the sheer amount of competency everyone actually has in this story (and any incompetency is actually explained too, to boot!).

One of the best Isekai
by Dragoness
June 16th, 2018, 5:58am
Rating: 10.0  / 10.0
This is pretty much changed my mind about isekai. I will avoid spoilers, this is too good of a manga and is best read blind. The MC interesting and her knowledge is explained, too many times I've seen an isekai MC know things about modern life but it is never explained or hinted as to how he could have known that or he just knows the thing despite his past life has little to nothing to do with the thing.

Other characters too are interesting, but I won't say more as that goes into spoiler territory. I will admit the manga does speed somethings up, that the novel takes time to further expound on. However the plot doesn't get confusing despite that. And the plot is definitely good, it has everything I could want and more. Also the romance doesn't ruin it, with the MC just falling heads over heels for her love interest like in a lot of isekai (with male and female leads). It doesn't distract from the plot but is instead a nice addition to it.
Was this comment useful?  Yes