Status
in Country of Origin
86 Chapters + 5 Side Stories (Complete) 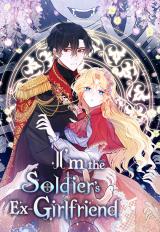 Amazing
by Nyxsha
September 1st, 2022, 2:12pm
Rating: 9.0  / 10.0
Maize, Yse/Eith/Izu and Yoon Soo-Ah... Just amazing. Unique plot twist, this is just second time when I see author in her own book world in person with "power to change world" way and this is much better solved but still both are amazing. And I love this.
Was this comment useful?  Yes

Beautiful
by 56lulu
April 17th, 2022, 12:08pm
Rating: 9.0  / 10.0
Reading this was nice and I stayed with it to the end. The way it turned out was completely unexpected and yet I really really loved the concept. It was a breath of fresh air.
Was this comment useful?  Yes

A good romance that doesn't gloss over issues
by Daedalus679
March 12th, 2022, 11:36am
Rating: 7.0  / 10.0
I quite liked this story. The main couple are fun and they carry the story. However the actual plot gets a bit weird after awhile and I wasn't that invested. However I did like how it resolved certain things regarding a certain shitty ex.

Would be good if the ML wasn't such a total manipulative stalker (2nd season is great though)
by Shygirlz
November 2nd, 2021, 6:40pm
Rating: 5.0  / 10.0
TLDR: First season is absolute trash. I wouldn't even call something boring trash, so this is worse. It's straight up 50 chapters of reading about the FL getting manipulated by this mofo of a ML. Second season suddenly gets rid of this side of him though and he turns into someone who actually respects the FL. Tbh I would recommend not even reading the dialogue of the first season (otherwise it's infuriating) and just learning the names / situations of the characters for the second.

Full review with two updates below:

I actually laughed out loud at multiple scenes, the female lead is fine, and the premise is your run-of-the-mill incarnated as someone else which is also fine. Art is also good too. Story is kind of non-existent so far but a lot of slice of life manga start out slow.

Now, the reason this is rated so low is because other than looks the male lead has nothing going for him! In fact, it's plain creepy to read about this guy who befriends the female lead, insists he doesn't need any friends except for her (total red flag in real life), manipulates her into saying "yes" to fake dating (she's like "but why I don't need to," then does it because he says it'd help him), and then uses magic on other people to crash her perfectly innocent group blind date after he told her it was okay for her to go.

The whole situation where he continues to be her friend after making it clear that he's actually super into her is kind of weird too, though that one's not totally on him - it's also pretty weird for the female lead to just like... continue to insist he's her "special friend" while rejecting all of his advances...

All the while this male lead character is making sly under the breath references to his identity about how "he won't excuse her behavior twice" and "whether or not I become a disaster, that's up to you"... like what, is he going to throw a big fit and kill people or something just because the girl he decides he likes doesn't wanna date him? It's actually kind of gross that this creep is gonna end up with a female lead who actually wants to be independent and not caught up in romance.

Currently on chapter 18, will probably drop soon though like this isn't romantic it's just disturbing. It's actually a shame because take away all the ML is creepy af parts and the romantic scenes are cute and the female lead is practical and funny.

Update #1 - Another ten chapters later (with minor spoilers):
Yeah I stand by how everything is actually pretty good quality other than the manipulative creepy parts like how *he uses magic and his people to set up an entire fake workplace* so instead of her working at the job she worked hard to get, she's going to this fake setup orchestrated by him? I have never even encountered such a plot device. Imagine, gaslighting your partner so hard you fake an entire workplace for them to work in. With absurd fake work to do.

Though, at this point the fake workplace is so obvious that I can't just blame the male lead. The female lead is also beyond dense for accepting it. It's looking to be like this is supposed to be more of an absurd comedy than anything.

Update #2:
Okay it actually becomes good a couple chapters into the second season. (Still, that's a lot of very frustrating chapters to slog through.) The male lead, while still kind of clingy, is actually respectful of the female lead and does all the nice doting things without the totally not-okay manipulation. The plot is actually really good now too, and pretty unique from all the other reincarnated from a romance novel manga I've read. At this point it's actually a seven or eight out of ten and I'll definitely continue reading this, but my overall rating's still only a five because the first season was just that terrible.

ML who sabotages FL for "love"
by icydream9
October 7th, 2021, 9:54pm
Rating: 1.0  / 10.0
I could not continue reading this after seeing how trash the ML was. He makes light of her goals, ambitions, and desire to work under the pretense of "love" and wanting to be with her. He does not take her seriously at all. It is degrading. Although it's not explicit, his actions show that he sees her more as pet to posess and play with, than someone he would show respect to. It's absolutely disgusting to see how he manipulates her.

There is a real world case that bears similarities to this manga in the aspect of manipulation. A clarinetist, Eric Abramovitz, applied to a once in a lifetime opportunity to study abroad under a highly prestigious teacher, but was rejected. His GF consoled him. But it turned out, she sabotaged him. He was actually accepted into the school, but his GF intercepted the email and rejected the offer. Then she impersonated the school to tell her bf that he didn't make the cut. She did this behind his back because she "loved him" and didn't want him to go abroad. Absolute trash behavior.

I hate individuals who do stuff like the above. I cannot root for ML at all. Completely ruined the story for me, so I dropped it.
Was this comment useful?  Yes

Stuff Happens
by kurotaito
June 8th, 2021, 3:01am
Rating: 5.0  / 10.0
The story does have an interesting rival country related plot that really only starts at season 2. However, the manipulation and possesiveness of the male lead is just so much. And the female lead is so dense and oblivious. I understand why anyone would drop this series. But honestly, i think this is a fun series to marathon, though overall the story is not that highly rated.

The promotional comic raised my expectation for no good reason
by Zurel
August 13th, 2020, 7:55am
Rating: 4.0  / 10.0
Literally nothing happened after the FL meets with the ML. Sometimes a whole chapter is spent with a conversation which content is just the rehashing of the same points, only put in different wordings. I thought that not having a noble/royalty setting would be a refreshing change but nope, might as well take place in modern days and not some transmigrated novel.