Login to add items to your list, keep track of your progress, and rate series!
Description
Forget the familiar: circumstances wrest high schooler Meeko from an ordinary family life to her uncle's boarding house, where she must learn to live with housework and… rather unusual adult housemates. What's more, the oldest of the bunch, Matsunaga-san, is a little scary… but also always looks out for her! Presenting Keiko Iwashita's boarding-house love story! 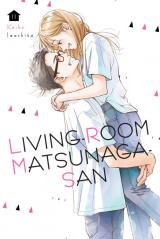 If you like wishy-washy female leads who string the 2nd ML along right up to the end...
by FredFriendly
September 2nd, 2021, 5:17am
Rating: 1.0  / 10.0
then this will be right up your alley. The 2nd ML doesn't have a ghost in hell chance of getting the girl, but she sets no boundaries causing him to have false hope. Just 2 chapters before the end of the story
Spoiler (mouse over to view)
while the ML (who she supposedly is head over heals in love with) is hard at work, she agrees to go on a date with the 2nd ML and has fun frolicking on a beach as if they were lovers.
She is the one of the worst types of female leads and I hate 2nd MLs in general, but the author dragging this love triangle on for the whole length of the series is moronic.

Ridiculous
by YanaseRyoko
December 22nd, 2019, 7:26am
Rating: 1.0  / 10.0
This took so many years and for what?
There's nothing to be actually hock up with this story and is a wasted of time I love the art style and I actually like iwachita sensei but her mangas with five chapter were more interesting than this good for nothing manga.

PS. You can only remember that the girl cries in every freaking chapter and there's no love progression until ending the manga

Interesting Characters and Good Pacing
by leafnoyes
April 30th, 2018, 7:38am
Rating: 10.0  / 10.0
I'm so tired of the tropes and characters used in like... 2005-2012. I'm hoping to find more manga that is modern. It's hard to find a good balance because I'm American so things like hugs and kisses between friends don't always seem like a big deal.

But this manga is good at stepping up a little with modern times in Japan. You know, still a little more reserved than us crazy Americans but not so "prudish"? That's an awful way of putting it but ya know what I mean.

Female lead- 17, nothing special but is trying to become more independent like most teens. I like that she doesn't have that ONE amazing ability, like being able to cook extremely well. She can cook simple dishes and does her share of housework well, which makes her a great housemate and the others enjoy her. She's the only kid in a roomshare of adults so it's interesting to see her meet these adults in their situations and blush a lot. For example, her roommate was in his boxers in the shared restroom brushing his teeth- not really a big deal for people living together. But she's new to this stuff and has to learn to be like "Yeah man, we're roomies so this is just normal. No need to Kyaaa~ and run out of the room." Her attitude is stable. Like, still a kid but still not annoying in her youth.

Male lead- 27, graphic designer. How the hell does he have those amazing abs by sitting on the couch working so much? A Mystery. His attitude is intense but believable? Not so SLAPSTICK over the top, but you could envision him as a scary and impatient roommate without being evil. He has a short temper but he does take to the female lead as a paternal figure-- at first? He takes on showing her around and helping her get settled in. They spend the most time together since he works from home and she gets home from school when the other roommates are at work. The pacing is really good!

The manga is about them working together as housemates and friends but also the male lead worrying over her. He's stuck in that weird place of seeing her as "family" but rejecting her suggestions of her being like a daughter to him (he says the age is all wrong!), a younger sister (he thinks that's weird), or an older sister (lol) and being in denial that he might like her as a young woman. He is a bit harsh on her with regards to school and curfew but after she rightfully confronts him that he's not her mother, (and the other roommates also chime in that he's being too strict) he struggles with "not caring" what she does- like going on group dates and still being a friend. He teases her about working hard and gives her playful nudges or smacks that could be easily happening between siblings or roommates. It's interesting to see her happy he sees her as family because that makes her an important person to him, but she feels discouraged they could be anything else. The age gap is talked about with her school friends, who root for her. And the roommates start to suspect that the male lead's strict attitude is something more than just being a substitute guardian while the female lead lives away from her mother. It's all done in a good story way.

So far, it's worth your time if you like romance
by PhieX
August 2nd, 2017, 8:09pm
Rating: N/A
Though the premise is pretty generic in shoujo world, but what I search is the feels that goes cute~~ (in Japanese, it'd be kawaii~~). I think the mangaka is able to deliver that feeling smoothly through this manga. If you're familiar with (and enjoyed reading) Tsubaki-chou Lonely Planet and Yume Miru Taiyou, then this manga is for you. This manga is full of cuteness, so cute that I want to hide in blanket.
Female main lead is basically you typical shoujoesque protagonist. Shy, cute, clumsy and bubbly girl. Easily swayed by a kindness of adults. And then goes pitter-patter towards the guy.
Next is the male main lead. How I said it, a typical cool, kind and somewhat perfect guy. He's kind of exhibitionist which I'm sure is a fanservice to reader.
That is all I can say about this manga. I'm looking forward to another development.
Was this comment useful?  Yes

AMAZING
by draw160
July 6th, 2017, 9:42pm
Rating: 10.0  / 10.0
This manga is AMAZING! I can already tell it's going to be a favorite. I love it! It's light but not too fluffy. It's funny and the main characters have great chemistry. It's still early on so I don't have much to talk about really but I highly recommend it.
Was this comment useful?  Yes