Login to add items to your list, keep track of your progress, and rate series!
Description
From Ikemen Scans:

A long-awaited night spent with a lover. Is there anything you want to try besides sleeping?

Yukihara Katsuya -Yukki- has been an idol for seven years, working out of a big talent agency. Experiencing a mere shadow of his former popularity, to boost his CD sales, he sponsors a raffle to spend a single night with the winner. When he arrives at the home of the winner, “Ichigo-chan,” he expects some idol otaku girl or middle-aged secretary, but what he sees is a brawny guy well into adult years - Ud... More...
From Ikemen Scans:

A long-awaited night spent with a lover. Is there anything you want to try besides sleeping?

Yukihara Katsuya -Yukki- has been an idol for seven years, working out of a big talent agency. Experiencing a mere shadow of his former popularity, to boost his CD sales, he sponsors a raffle to spend a single night with the winner. When he arrives at the home of the winner, “Ichigo-chan,” he expects some idol otaku girl or middle-aged secretary, but what he sees is a brawny guy well into adult years - Udai Ichigo. For a moment, he’s relieved when he thinks he won’t have to go throut then it becomes clear he’ll have to spend the whole night with a man he’s just met…!

An out of the ordinary love with a surprising conclusion, the heart-pounding title work is compiled with three other stories.

- Soine means sleeping together or co-sleeping, like when a parent sleeps close to a child. Less... 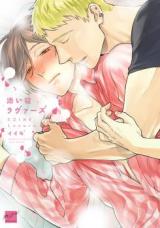 25 years confinement
by Takamichi Rin
December 15th, 2021, 3:43pm
Rating: 10.0  / 10.0
Seems that many people are pissed of with the 3rd story. But it actually a very good story. Yes we condemned r@pe, confinement, child abuse etc. But, in the case of "Hajime" and "Akihito" it is a bit special. One was the victim and the other one was the "target" of the "real" criminal. Akihito is a fine man when he was kidnapped by Hajime and undergo a few misrable life. While Hajime was the victim, confined for 25 years never set foot outside, being assault, r@pe and treated like a some sort of s*x toy by that son of b*tch old maggot (thank god he's dead) like every singal day for 25 years. He doesn't know better, after he got the Stockholm Syndrome, he was free, yet his family treated him like a freak. Although he had done wrong thing like confined Akihito and r@pe him, but what do you expect? He wanted to revenge on Akihito because made that sh¡tty maggot changed his target last minute, and his 25 years full with sexual assault and nothing else. But yet akihito treated him kindly and even go as far as preparing him to get a job after what have he had done towards him.

I always remember Hajime scene when he was kidnapped, and I cried everytime i remembered that scene. It was heartbreaking scene, can't imagine your childhood and teenage years filled with such of memories and experiences. It's horrific.

Just because it have a sensitive scene, please don't judge the whole story negatively.
Was this comment useful?  Yes

Much better, than I thought, but still has its flaws...
by kenzoukun
December 8th, 2019, 4:20pm
Rating: 7.0  / 10.0
First of all, the art is amazing! It's not your usual manga style, it's more western looking, very similar to the "tumblr artstyle", which I like a lot, so I fell in love with the art in an instant, mainly this is why I gave a higher overall score than what the stories would deserve. Really, you should check this at least for the eye-candy drawings!

The stories (especially the last 2) on the other hand are not that great. I'd love all of them, if there wasn't any rape in them at all. I usually don't mind dub-con, or slightly rapey scenes in yaoi, but these ones here were really too much to gain my approval, so I have mixed feelings. Especially so, because I don't think any of the rape scenes were obligatory to keep the plot moving, none of them served any purpose at all, so it just pisses me off, how the last two stories were ruined by them for nothing. The first two stories have a much toned down, but still at least dub-con smut, which still had a somewhat bitter aftertaste in me, 'cause I liked the semes, and would've like them more if they weren't forcing themselves on the ukes that much, but those 2 stories were tolerable. At least the art saved the day for me, it's such a treat, that I can see myself reading this title more than once.

The second story was alright, forgettable, but kinda cute.

The 3rd story is what brings this entire manga down. Glorified Stockholm Syndrome is not my thing, it shouldn't be a thing at all tbh, its awful, skip this one.

The clone story was also great, very original; the mangaka could have made some really nice one shots solely from this universe.
Was this comment useful?  Yes

I feel confused
by AsanoAmaya
January 2nd, 2018, 5:57pm
Rating: 8.3  / 10.0
Ok so, what to say? First of all, you all don't be fooled by the first story, it's really light and heart-warming unlike the others, you can say is a good start.
Then ok, now we start the real deal, 25 years of confinement, I usually put a low score immediately as I see a Rape scene, but I couldn't this time, the reason is pretty much obvious too, the reason for the one being violated to love their aggressor after was explicitly said as Stockholm Syndrome, it has a reason it wasn't 'romanticized', at first I was already upset with the flow of the things, after you learn about the aggressor past you know why he's doing this, simply it's because of revenge. Of course things don't go well, but you can say it does have a happy ending. (We never discovered if the aggressor was arrested or not though). Seeing both characters falling in love with their own aggressors wasn't beautiful or pretty (+points because it shows that rape HURTS, it's not pleasurable like some mangakas write) it is disturbing and sad for them, but they can't help it. I couldn't let myself give this a low score because it was a beautiful story, disturbing and terrorizing, I can't tell anything more about it.
The last story I had to read twice so I could understand everything, well you can say it's another revenge story, yes with rape again, but again the main character didn't enjoy it, not a little bit (SPOILER: he even try suicide once, unsuccessful though), but again after you learn more about the 'bad guy' you discover the why, and you kinda agree with him, since it was his own past-request to do it like this (you only will understand this if you read the story, sorry) anyway, the plot-twist was something I wasn't expecting, and the way the mangaka put the situation was beautiful (you know, with all that 'seats in the heaven's thing, for me this was so beautiful written I couldn't stand not mentioning this), the ending was really satisfying too.

I talked TOO much, but anyway, I recommend to give it a try, you will feel conflicted, but at least I enjoyed reading it.
Was this comment useful?  Yes

Don't Be Fooled
by KanranSei
January 2nd, 2018, 1:33am
Rating: 8.0  / 10.0
I likes this manga from the very first story like, I didn't know that this manga is a compilation of a few stories. The first story was about a male idol who's no longer as popular as his best days, and for spicing his popularity, his management decided to make him sleep for a night with a fan who won a raffle. He thought he was going to sleep with a cute girl but ended up with a big guy, and of course they hit it off all too well...
Okay. That's cute and sexy with a nice dose of smut. Good.
Then the next chapters were published and what the fuuuuuuuuuuu
25 years of confinement is, well...it's rather cliche with stockholm syndrome premises, but damn, I could not not sympathize with his kidnapper/stalker. I mean, shit. I'm glad his life turned out to be better so so much later. These two guys had to be ended up together, no else.
The last story too, was quite a heartwrenching. The twist was quite unpredictable (for me, aka a person who isn't good at predicting a twist) but I like the ending. This story has the same time with the story before, about a revenge that didn't go as expected.
Overall I really like this manga. Just be prepared and dont be fooled by the first story lol
Was this comment useful?  Yes