Login to add items to your list, keep track of your progress, and rate series!
Description
From a thieving child to one who would shake the world. Rising to the title of Immortal Master, one of the Godly Twelve Stars, but ultimately betrayed. Now, he has been given a chance to change that, and create a better future- for both him, and the world. Based on the popular novel of the same name. 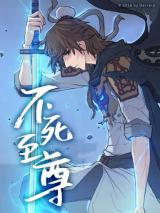 Typical reincarnation story with a twist
by Samken
November 29th, 2022, 3:25am
Rating: 6.0  / 10.0
The protagonist dies while being betrayed and is reincarnated, as usual, the twist here is that he is reincarnated 13 years into the past as a different person altogether, at the same time his previous self is also living his own life, so there are essentially 2 versions of him alive at the same time.

Outside this, it's pretty decent, the protagonist doesn't like to expose himself too much to the main threat of the plot, as he's very careful with his actions, so he essentially builds a strong network using his family as a foundation and going from there, while also trying to score his objectives. The main buildup comes from the fact that he scores his victories by trying to one-up his opponents in a very methodical and careful way, so the buildup takes a while, during the time gaining new allies and enemies for his cause, including ones from his previous life, past self counted.

Could be better
by Jyuvens
August 7th, 2022, 2:54am
Rating: N/A
the buildup takes a while for it to get interesting enough, but its subpar to many murim manhwas, lacking substance, however, pretty good on the pacing and how they utilize the returning plotline
Was this comment useful?  Yes

Meh...
by tiankioo
March 21st, 2020, 9:04am
Rating: N/A
Boring and crippled by its short chapters. The art isn't very good either. PZcolo had it right. This is far inferior to The Scholar's Reincarnation.

Good so far
by PZcolo
September 15th, 2019, 6:48pm
Rating: 6.5  / 10.0
Classic reincarnation story with some oddities, for example, the MC is reincarnated to a baby but into the past, and not 100 or 1000 years in the past but 13 years, meaning there are two of him alive at the same time, not sure how that's going to play out. Also, he was a sort of deviant in his previous life but is quite honorable in this one.
It's very similar to "The Scholar's Reincarnation" but not nearly as good. MC is interesting all the same thou, he's a careful guy and decently intelligent too, I like how he does things without putting himself on the scene among other things, and the story so far is decent too, of course, as all cultivation stories it probably will take a loooong time for the story to build up so can't really comment much about it.
Other than that, pace is ok so far, dialogues are shounen style simple (hard to judge since translation is not good) and the storytelling is at least decent. The main flaw or drawback of the manhua is it's art, it's quite bad to be honest.
So overall, a decent cultivation story that would definitely benefit from a change of artist.
Was this comment useful?  Yes