Login to add items to your list, keep track of your progress, and rate series!
Description
Kimura Rin is a young office worker who's constantly harassed, bullied and otherwise spends her time at work suffering. With no future ahead of her, and nothing she wants to do, she wonders why the world hurts her so much...
Accepting her fate, Rin tries to keep going with the flow, until one incredible night with a woman named Ryou makes Rin wonder if maybe she should actually start becoming a lesbian escort instead.
But can super shy and unconfident Rin really pull this off? Or is she just heading for another job disaster? 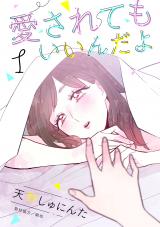