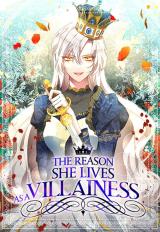 Good premise, really lousy way of execution + excitement slowly died down
by yukinoluna
September 30th, 2021, 6:43pm
Rating: 6.0  / 10.0
First - the MC is interesting and I like her personality. She's confident and strong, without being unnecessarily bitchy (a lot of "strong" MCs in other comics are often just really bitchy if you look at it from another perspective). The plot is also alright and amusing enough for people to continue reading. That is, until the story started moving incredibly fast without properly building a foundation. Lots of loopholes starting popping out here and there and the whole story started to become really strangely childish. Firstly - the ML has a nice personality and his personality is pretty unique and refreshing; he's a duke but doesn't behave crazy overbearing but is just genuinely nice to the MC. However, he fell in love with her ridiculously fast which cheapened the whole story, and suddenly, he started behaving like a generic ML. The main problem though, is the shitty foundation which I mentioned earlier. The whole POINT of the crown prince trying to bring down the MC's family is not thoroughly explored, and the politics of the whole empire is also not even properly explained. Why is the Crown Prince doing this? Why do they act like there are literally only 3 noble families in the whole damn empire? Why are the politics so simplified and badly explained? Fine, the ML is boring, the plot is shitty, fine. But then then EVEN THE ENEMIES are so awfully written. Huh? The author had sooo much potential to make them more menacing and evil and whatnot but they seemed to be so 2 dimensional and badly written that they just seem like clowns and props for the MC to seem OP. Lastly - even the romance is so rushed. The MC fell in love with the ML pretty fast into the story and they just seemed to be bulldozing into everything crazy fast without any darn proper foundation! Which is honestly a shame, I quite like MC's nonchalant and straightforward attitude (as mentioned, no unnecessary bitchiness) but the author made her quite cringe later on into the story. Also, later on, the schemes became even more simplified that they were and the whole drama just died down. The only thing that was decent even later on in the story is that there are no drawn out misunderstandings and they MC and ML behave like adults. I won't say that they are completely adult-like, but the main couple and the crown prince are surprisingly mature as they don't get riled up easily (can't stand those MCs who get all pissy after a minor thing has happened) and they actually TALK and communicate. That's the only good part of the story that stands out from other comics. Goodness gracious. What a waste of potential.

Just mildly above average.
by noobzilla
July 23rd, 2021, 5:02pm
Rating: N/A
It's not amazing. But it is somewhat better than the average. Which is my way of saying it is not crappy, just okay enough to entertain. It will keep you entertained if you need some fluff to pass time.
Was this comment useful?  Yes

Tryhard MC, offensively generic MLs, confusing storytelling
by AM_Woody
June 4th, 2021, 12:02pm
Rating: 2.0  / 10.0
Dropped ch.11.
Really expected more after a solid first chapter. The MC is confident, which is good, but is still dense despite being written like she's clever and behaves like an /r/thathappened post. The setting is derivative - basically your standard 'family hates me' affair, but the plot of the MC trying to get out of her marriage is confusing. We've also seen 2 MLs so far and both are absolute dogshit. The actual ML is generic as fuck, and the red head behaved like a clingy psychopath. Both called the MC 'interesting' to her face which is morbidly hilarious. There was also an action scene in ch.8 or something that was shockingly poorly drawn. To top it off there's a healthy dose of queerbaiting.