Login to add items to your list, keep track of your progress, and rate series!
Description
From Shinnen:

Since childhood, Neiro has been known for being good at fighting, making people fear her and giving her the title of Kansai's strongest woman. Wanting to find romance, she decides to transfer to a high school in Kanto. Instead, what faced her was a specially assembled class of delinquents. 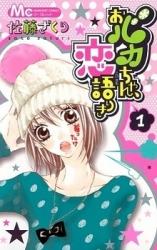 Note: You must be logged in to update information on this page.
Forum Posts Click to view the forum
Looking for spoilers
over 2 years ago
How does this qualify as "breaking the fourth wall"?
over 11 years ago

Strong female lead, but weak story
by ohkimch
August 1st, 2017, 5:30am
Rating: 2.0  / 10.0
The female lead is incredibly dense & just not very intelligent, but she makes up for that with a great personality. Straightforward, honest, genuine, kind, and just plain good-hearted. She was an adorable cinnabun. What made her even better was how strong she was. Like, physically. To the pt of reminding me of shounen OP heroes.

The flipside to her nearly feminist, strong, likable character was how she was presented by the mangaka/other characters. This negated any gender role progressive leanings I thought existed here. Her negative traits, like her lack of intelligence, are the focal pts. To the extent you start to wonder how she functions as a human being when she is so Cutely Shoujo Oblivious.

Meanwhile, her kindness & good character are only highlighted with regards to how these traits are noticed by the love interests. Even her ability to defend herself & even defend others is painted as a negatve trait. She is reduced to being just a 'violent girl'. Every time she succeeds in rescuing herself in any situation where the damsel in distress would have to accept her fate & wait for someone else to save her, it is a moment of horrified astonishment for the majority.

Spoiler (mouse over to view)
Examples including how the 'common sense' test to get out of the 'special class' that caused her to fail were basically ethical conundrums. You see an old woman being accosted by a gang of boys - what do you do? Apparently the answer they were looking for was 'run for help', but that makes no sense in light of the probably urgency & her own abilities.

She's equipped with the proper skills to protect not only herself, but others. Why should she waste them in order to 'be more feminine'? Yet this is a repeating theme. One of the male interests lingers over how he has negatively impacted her bc she had to rescue herself. Never mind that it was her choice to do so, within her abilities to do so, & the only thing hurt by her doing so was his pride. And apparently her 'femininity'. Bc she wouldn't 'have to be that way'/'violent'/actively defending herself & others, if the man were stronger. Bc that's a man's/woman's role.

Our FMC's character aside, it was a bit frustrating bc the plot is pretty predictable when it's not slapstick/hodgepodge crack. Which. I'm sure is due in part to the age of this story. 2008 was almost a decade ago - shoujo has changed & tropes have accumulated. Still, this was a contributing factor to my low score.

Anywho. Maybe I'll update this at a later date & rethink this score, but for now...I am frustrated, irritated, & Disappointed.

So random
by GreenGrass2012
September 11th, 2016, 5:53am
Rating: N/A
I love it. Although the art's sometimes weird for me, I really like it. I love the random stuffs that pop out of no where. Haha.

I did hate Shin in the beginning but as the story progresses, I think Shin is fine for me. But I'm still rooting for Tokio though.
Was this comment useful?  Yes

Female Lead Is Good
by tipz
October 26th, 2014, 11:32am
Rating: 6.0  / 10.0
It's rare for me to read on a female lead I actually like.. This one is a strong yet gentle female that knows what she wants and when she wants it.. It's the guys that seem to be annoying, but then again I guess there would be no story otherwise. Artistry is okay except they look too skinny.
Spoiler (mouse over to view)
girl goes to this school far from home so she can make a different life of herself. She right away gets in a fight though, but she beat the wrong guy up! She ends up in the delinquent class with him and 3 others. She then meets a boy that seems to be the polar opposite of her (popular, charming, smart), but he seems to like her a lot. While blonde is falling for her as well. She goes out with black head and he ends up hurting her for revenge. He just wanted to spite blonde. So blonde then asks her out even though she doesn't really like him. Then black head realizes he does like her but she says ummm no. To him which is weird right?... Then some gangsters from we're she is from ends up picking a fight and so she ends up beating those guys up in some wear house. And she brings them both out. After the experience. She still is trying to stay with Takio. While the ex is on her ass all the time now.. She tries to kiss Takio, but for some reason he no longer wants to and disses her out.they finally kiss and make up but he gets taken away to be forcefully married to the girl that started the whole trouble. She chases after takio with shin.they all end up being forced to get ready for the "wedding".

Very well done! ><
by Koolkitten
March 25th, 2013, 10:57am
Rating: N/A
It's a good story and I like it very much!
It makes me cry every time when I read how Shin breaks up with her. It's very emotional and the feelings that a real person would feel in this situations shine through.
I feel very connected to Neiro, the author has managed to make her that likable!
The jokes are very amusing and have me rolling on the floor in laughter sometimes. ^_^)
I wish it would be updated faster though.
Was this comment useful?  Yes

Seriously, this manga is somewhat you can call cliched and not very different. Plus, there is rarely any depth in the plot or characters anyway, anyhow. More problematic is the way the story progresses too fast, too quick that it doesn't leave much impression whatsoever. SERIOUSLY! The manga PROGRESSES at a speed that is too high! Sometimes it is RUSHED and makes very little sense!

But again, it's SO RANDOM! And I just can't help laughing at least one at the stupidity of each every chapter.

The comments and thoughts might be pretty diverse. But well, I read it pretty enjoyably

[Update] Oh man, this love triangle is getting funnier and funnier! I hope that for the last 3 volumes, this fun won't die down for anything cheesy. This is fun! There's no one to dislike = nice!

[More Update] Okay, I think I can kinda put this as a completed series. I was a bit furious as the translators had been dead for almost a year. However, I found some further chapters, raws, and summaries online so I got the ideas of how the manga ended. It was nice. It was a fun ride. It was not too peculiar but it was good because it was fun and sometimes unexpected although predictable. It gave me this nostalgic feeling like I was in primary and secondary schools all over again. Back then there were a lot of shoujos with love triangles. No matter how much I loved the hothead, act-before-thinking, and idiotic A, I just could not help myself supporting for the cool, composed and all-rounded B. It was a nice feeling haha.

C: Characters= ALL AMAZING. THey all have their own background and feelings that motivate their actions. It's an awesome bonus that the characters are all real and not just thrown in to get the plot moving ^^!!!

Art= Stunning. Leave it at that.

! And also physically strong ones xD> This is almost like Oresama Teacher, just more shoujo-eeefied! I LOVE IT


This is just amazing! I'm SO HAPPY they redid the scans, because now I'm really enjoying this manga again ^^

I CANT WAIT FOR THE NEXT CHAPPPTERRRR<3333.

Now a days, it's almost impossible to be creative. Everything ends up turning generic. But you know why there are so many variations of something? It's because people like it. Even though the plot wasn't interesting, the story itself was.
I think it was a very nice read, and it flowed quite smoothly. Some parts actually made me laugh, which doesn't happen quite often in shoujo mangas.
And the art isn't too bad, either. ;D

It really gets on my nerves when people say that the main character is weak. Let's say you're not experienced in relationships because your personality scares guys away. Then you fall in love with a guy and you start dating, but it turns out he was just toying with you. What would you do? Be realistic, guys. I'm sure most of you have no idea what it feels like to like a guy who uses or abuses you.

Overall I'd give it a 8 or 9 out of 1O, I do recommend it. At the moment there are only 18 chapters, so it's not too much of a commitment either.
Was this comment useful?  Yes

typical but unexpected?
by cecixiao78
November 1st, 2011, 3:58pm
Rating: N/A
i completely skipped to the end so I didn't read the middle chapters. It's completely different then others. I'm not gonna ruin it so I'm not say who she ends up with but I'm rooting for Shin. I really like Shin alot but he is really typical... I thought the story would be stupid i suggest just reading the end, stories pretty much the same as the others. the ending sucked major cliff-hanger

P.S. his last words...T-T (i didn't know how to express how much I loved the last quote "he" said)
Was this comment useful?  Yes

Childish
by xdeLiiRiOus
September 18th, 2011, 8:01pm
Rating: 4.0  / 10.0
I don't know why people say it's different from other shoujos. I feel like this is the same as all the other shoujos people complain about. Neiro is annoying not because she cries a lot but because she is childish. I also don't like how she treated Tokio. And Shin? I feel as though the mangaka ran out of ideas for him, and that she was more suited to write about characters who are less brooding but more spontaneous
Was this comment useful?  Yes

Sigh*
by Egg Tart
September 11th, 2011, 11:04am
Rating: N/A
I'm generally not very picky with manga but after reading through the first 12 or so chapters of this one I just stopped.

With a promising strong female character, it was just a complete let down when she became such a weak girl. Though shes physically strong she lacks the emotional strength to get over her ordeal and her constant fawning leaves a bad taste in my mouth.
Was this comment useful?  Yes