Login to add items to your list, keep track of your progress, and rate series!
Description
Du Ming, young anesthesiologist in a large Chinese hospital, is haunted by the memory of Zhang Qian: a young lady from his alma mater, who bewitched him with her beauty and the peculiar aura she emits. After graduating, Du Ming stayed in touch with her, but a terrible piece of news arose: the young lady has committed suicide. 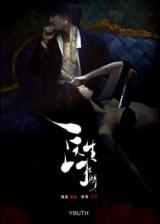 Note: You must be logged in to update information on this page.
Forum Posts Click to view the forum
Explanation on the story
over 2 years ago

Darkness without purpose
by calstine
March 21st, 2017, 10:48am
Rating: 4.8  / 10.0
This has a very similar ambience to the yaoi manga Double Mints, in the sense that it seems to awe people who aren't frequent readers of works in the psychological genre by being as nasty and twisted as possible with no particular purpose or realism to the characters' actions and thought processes.

The female lead made sense in her own way considering how she was very likely suffering from depression, but the male lead? Everything he did seemed to me to be psychopathic rather than in any way applicable to the average person, which would have been okay if the story acknowledged him as such instead of portraying him as a normal guy in direct opposition to his girlfriend's "weirdness." Not to mention, how he eventually got together with the second female lead was both unrealistic and disturbing, while casting the poor girl as a naive idiot (she's a nurse, for heaven's sake; there's no way she could be that clueless). All those philosophical discussions about the meaning of life and the role of romance in it were also pretty moot considering how the characters who participated in them eventually turned out.

All in all, when I'm in the mood for twisted romance I'd go with Ayeshah's Secret over Doctor Du Ming. At the very least it isn't pretentious.

The artwork is extremely beautiful in its simplicity. The fluidity of the artwork somehow ties everything together; the interaction between characters (and even to their backgrounds and/or their current personal situation) is really strong but isn't tied directly together and that's actually a beautiful thing. The reader, along with Du Ming, has to pick up clues to tie in with the suicide woman. So we are in Du Ming's situation, all the while that we are also going through what he's going through in his current situation.

There are some readers who thinks that the suicide and what Du Ming did was extreme. Yet, I question if they understand why the author chose to portray their actions in an extreme way.

Personally, I think she committed suicide to erase herself from his existence because she has no belief in herself that she is good. How can someone "bad" be associated with a good person who's got their life together (is what she's thinking)? All she can do is go behind the scenes and make sure his good life is a guarantee. I mean, he would've stayed and lived a nonsense life with her if she didn't do what she did for him. On the other hand, Du Ming is mildly aware of what she actually does. He investigates because he remembers what she meant to him. And in the ending, he did what he did because he wasn't able to do it (sooner) for his first love.
Was this comment useful?  Yes

wow.
by moonmystery
April 19th, 2015, 11:27pm
Rating: 6.5  / 10.0
I had guessed the twist from the beginning... but for it to actually be true is sad. This story is really nothing super intriguing, but the ART is where this manwha shines. The beauty of each page---even the grotesque images---captivated me.

Spoiler (mouse over to view)
I really don't agree with the girl's decision to commit suicide though... That was one hell of a bad choice. And the guy shouldn't have killed the professor either, but should have instead embraced the girl and told her that everything could be better.

Two stupid people who resort to the extremes... I don't understand them at all.

Everyone in this story has at least a few screws loose, but the story didn't really resonate with me at all.

Not quite
by whydontyoujustsay
November 16th, 2014, 4:52pm
Rating: 7.0  / 10.0
as amazing as I thought it would be from the other comments. The art is nice, but it's really just a typical sienen/horror style. It did seem to keep improving as I read (especially around ch. 5). But it wasn't mind blowing like I was expecting. Perhaps for people who are used to reading shounen or shoujo, it's particularly good because the style is different from what they are used to? Still, it was nice.

The story was enjoyable, like the others said. Sort of slow paced, but in a way that draws you in. It also seems to pick up sometime around ch. 5. So if you're put off by the slow start, just push through. Over all it is worth the read.
Was this comment useful?  Yes

melancholic beauty
by whitespade
April 12th, 2014, 9:42am
Rating: 9.2  / 10.0
this manga have one of the most beautiful artwork, sketchy and proportionally realistic, with the titular doctor du ming look so beautiful it hurts. the pacing is quite slow, but it is actually important in making the melancholic atmosphere permeate the whole story. i really really love the characters here, twisted and fallen, and the ending have one of the most beautiful pairing i had ever seen.
Was this comment useful?  Yes

great art, mind carving story
by HARUHI_han
March 17th, 2012, 7:53am
Rating: N/A
as everyone, thing first hook me is so great art of the story. but then the story is deep as well. I can't say its plot is great, but it make me think a lot. The author described the story kinda intriguing, and it took me several times to reread and discuss on the mangafox forum as well, and when I completely understood it, it en carved deeply into my mind. Both characters are so impressive: they admire the pureness and despise other's dirtiness, but then they....oh my, I can't spoil more^^
In conclusion, Dr Duming is one of impressive comis I've read in my life, though it's kinda short
Was this comment useful?  Yes

I like it
by dancebaby
January 7th, 2012, 7:30pm
Rating: N/A
The story is kind of creepy and not my kind of read at all, normally speaking... but the drawings are so beautiful (ignoring the horror aspect) and each page definitely makes you pause and 'feel' the art and emotions. Why doesn't this artist have more manhuas? Moar, moarr!
Was this comment useful?  Yes

Intriguing
by NEXTLOVER
July 6th, 2011, 2:51am
Rating: 10.0  / 10.0
The feel and vibe I get from this manga is one of somberness & melancholy pushed by the grittiness of the art. There's a certain depthness to this and it's very subtle in its execution that you truly have to take the time to read it. Just let it marinate... The chapters are episodic, but yet, they all tie in together. I think it's up to the readers to make these "meaningful connections" to tie these episodic chapters into our own creation, our own story (i.e. the mangaka is trusting us to THINK while we read this, so in a way, we're also part of the story-telling).

It's different and might appeal to a certain niche of manga readers. I'm a yaoi/shoujo/slice-of-life kinda' gal, but this is one of my faves so far. *That's saying something*
Was this comment useful?  Yes

More, please!
by geostigma
November 14th, 2009, 12:29pm
Rating: 10.0  / 10.0
I've only read the first 5 chapters of this series but I already find the plot really intriguing. I'm actually surprised theres no other comments for this because one thing that really pops out at you is the art.

It's incredibly detailed and realistic. One of the main characters, Zhang Qian, is drawn REALLY, REALLY beautifully. I literally spend a good extra 10 seconds looking at the page I just read, just to look at the art.
Was this comment useful?  Yes