Login to add items to your list, keep track of your progress, and rate series!
Description
Jae-in is an irrepressible girl who aims to be a champion, and Tae-jin is the innocent boy who loves her.
This is the story of their challenges on the road to the championships, and an unlikely summer-time love. 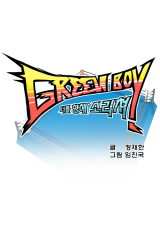 Note: You must be logged in to update information on this page.
Forum Posts Click to view the forum
END
over 8 years ago
How long do you think this will be?
over 10 years ago

Duck
by DrManga
September 10th, 2016, 3:15pm
Rating: 6.0  / 10.0
Not really a story about boxing. It's main emphasis is partner abuse.. I mean emphasis is on romance. The male protagonist and his lover interest are annoying. He's a wimp and she's violent. There's little humour, weak romance and no sense of rivalry, but even so it is a nice read.

Nothing special about this. It is worth a read as it is completely scanlated.
Was this comment useful?  Yes

Pleasent read
by PZcolo
February 22nd, 2016, 6:59am
Rating: 7.0  / 10.0
I liked it but it's just a generic sports manga, well manhwa in this occasion. Chars were nice but other than Jane or Jae-in, none were particularly original, story is the classic "effort doesn't betray you" plot with some naivety mixed in, the boxing aspect is not so deep as in other similar series and the art style is good, at least imo.
To sum it up, it's a light Hajimo no Ippo version with more focus in romance than in the sports and more normal characters.
Was this comment useful?  Yes

It starts out slow paced and keeps at it for 80 chapters or so, but then as the story progresses into the later half, it starts picking up pace. If he kept with the same pace, I assume the manhwa would've had ~200 chapters. After (minor spoiler)
Spoiler (mouse over to view)
the removal of certain characters from the story,
the romance subplot died down, and the author seems to have had run out of ideas for keeping it up, focusing on the char development/boxing instead. I wasn't as happy with that choice but I'll admit that the Chapter 0 (preview) kept me going. And Jae-in is just so damn cute.

I can't comment on the boxing realism as I never boxed, but it was interesting, and the romance part, albeit slightly cringey, was teenage-cute. All in all, a great read for the first ~80 chapters, a solid one for the last 30.
Was this comment useful?  Yes

Shallow
by MisteryoLH
July 27th, 2013, 11:41pm
Rating: 6.0  / 10.0
It is kinda odd. First, we are presented with an Ice Queen, typical, but her personality changed so much in various ways in just 20 chapters, I got lost. The hero is not deep either. Typical weak guy. He even considers entering pro boxing just so he can understand the girl better, how shallow can you get?

The "villains" are worse. Think of a thug, the most common one, from high school. That is all you get. Motivation? In story it would be "to set things straight", "you think you can be with this grill?", "oh, you think you so strong mate?" and the kind. Of course it is just pretext so the author can show some good action scenes.

The relationships are lacking. There is no building trust. The first time the girl meets the guy, she is already "oh, there you are, buy me this to drink, would ya?", and he, being the beta he is, is just "wh- what? oh, ok. anything else, master?". There is no development because it already developed instantaneously to a evolved stage relationship, with no apparent reason.
Was this comment useful?  Yes

Pretty good
by Mushu
October 24th, 2012, 1:23pm
Rating: 9.0  / 10.0
Less about boxing and more about character progression and evolution. If you want a manga based on romance/boxing, this manga has both, but they aren't really the main themes, this manga is focused more on the main character's transformation than in depth boxing or being a romantic manga. That being said, it's pretty good, I would recommend it since the last released chapters, 82, is badass. The story is definetely reaching it's climax or high points right about now.
Was this comment useful?  Yes

Not worth it after a while
by hadou-ken
September 7th, 2012, 5:40pm
Rating: 5.0  / 10.0
I gave up on it after reading more than fifty chapters. The romance threw me off; this aspect is very badly done. Think of it as a very bad teenage romance drama intertwined with a fair attempt at a boxing story. I like romance, but when when it is well portrayed and when it compliments the plot; this obviously does not happen in this series.
Was this comment useful?  Yes

Unexpectedly Interesting
by RS456
February 20th, 2012, 11:09pm
Rating: N/A
Spoiler (mouse over to view)
Don't pay too much much attention to the description as it too vague. Whats described above is only one part of the plot. Jae-in is girl who aims to become a pro boxer who is actually quite popular among the boys which she finds a nuisance. Tae-jin is the same way but unlike the other boys he admired her from afar until one day he decided to confess to her after school but didn't get the chance so secretly follow her only to end up following her into a boxing club. As soon as he entered the coach talked him into registering for the boxing club where he got acquainted with her in the ring. The next day he sees a guy hitting on Jae-in asking for a date when he was passing by in the hallway and to his surprise Jae-in greeted him and invited herself to go buy snacks with Tae-jin and had him buy her snacks to make it look like they are dating and since then she starting dragging him all over the place and had him pose as her boyfriend in school. But that eventually led to her falling in love with Tae-jin especially when his boxing started to improve and shown signs of jealousy when another girl from school was getting close to to Tae-jin who followed Tae-jin and joined the boxing club later.

Recommended
by niteangel
August 7th, 2011, 2:25pm
Rating: 9.0  / 10.0
Read the first 34 chapters in a couple hours straight
It's a good sports manga.
I'm not very interested in boxing but this series was fun to read
Strong female lead with weak male lead
But it is a really really good story with interesting characters. Developing romance is slow but the surrounding story is interesting and everything is really well-paced.
The artwork style is noticably more rugged than the typical bishie style, but it is a sports shounen after all.
One thing is for sure, the beginning scene was brilliant and beautiful opening for the story. Love it so much.
I really can't wait for the next parts!!

At least read the prologue, see if it interests you
by MatrixM
June 5th, 2011, 10:16pm
Rating: 7.8  / 10.0
I read all 30 chapters today in two sittings. I had no interest in reading this series before due the inadequate description above, i had no idea what it was about. That's why i urge you to just read the prologue and first chapter and see if it piques your interest.
It begins using in medias res and it just completely pulled me in. Perhaps one of the best openers (and use of in medias res) I have ever seen.

This is truly great.

EDIT: So you have better idea of what it's about,
Spoiler (mouse over to view)
the girl is a boxer who is close to going pro and the guy begins boxing.
It's a boxing webtoon.

EDIT 2: Ok over 10.5 years later and I've finally gotten around to finishing it after The Company dropped it. It's still a good series, definitely not deserving of the 10 I gave it earlier. Unfortunately the author said Green Boy was meant to only cover the MCs time during high school, so after that we have the epilogue that immediately summarises the events of the next few years and meets the events seen int he prologue (the in medias res I mentioned in my earlier review). So that's kind of disappointing as it could've been like Hajime no Ippo and shown a variety of fights and growth of the characters and instead we get major career fights in summarised in the epilogue.
Another criticism is the rapid growth of the character when it comes to his skill as a boxer, it seems unraelistic especially considering how few real fights he has in the series.
That said, some of the characters are really really good. Both MCs I liked reading about, even if Jane is kinda a bitch for a while. The 2 main mentor characters are really great, loved them. I loved the character of Yuri and reeeaallly wish we got many more chapters focused on her rather than the 3-ish we had. Also I liked the love rival character so it's a shame the series didn't continue so we could have
Spoiler (mouse over to view)
her reunion be more detailed
.
I however REALLY didn't like the villains. They just came off as assholes and not love to hate, just hated their existence. I felt the same way 10 years ago.
Anyways, I'll downgrade the rating probably to a 7.8. IT's almost an 8 but the above criticisms are major enough that I feel like this story could've been a 9 or more and unfortunately wasn't.