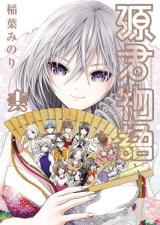 Spoiler (mouse over to view)
I have no idea what the mangaka was thinking over the last few chapters. Having Fujiwara disappear, only to reappear with zero explanation, and then give some nebulous excuse about another professor as a one-off later on? Completely idiotic.
I don't know why mangaka can't end their stories in a satisfying way, but this one deserves an award for how brilliantly it was botched. Garbage.
Was this comment useful?  Yes

Meh
by RD-Unite
April 15th, 2020, 6:04pm
Rating: N/A
Spoiler (mouse over to view)
I went to the last chapters, no incest with aunt, ambiguous ending. MEH.
Was this comment useful?  Yes

Mixed feelings
by bronx819
March 13th, 2016, 1:08am
Rating: 8.0  / 10.0
Overall I like the manga, if it was an actual H series this would be my top favorite of all time. Naturally its weird to talk so highly of anything because its sexy, hence the mixed feelings. The MC is the usual annoying wuss, but he gets better as the story goes on. He still gets flustered at the slightest provocation but that's how most Japanese people are.

As for the characters, so far I like em all for different reasons. My current favorite is the most recent girl cause of reasons. I haven't read Tale of Genji so I don't know how closely Minamoto-kun Monogatari follows it, but it feels like it's in for the long run, IE he gets dumped by most of the girls but it feels like they'll come around and eventually form his harem. If it DOES get a legitimate harem end then this will be my top favorite manga
Was this comment useful?  Yes

The only thing I'm hoping for in this series is if he will man up his courage to bone his aunt. LOL

Constant Cringe
by liquidsin
May 17th, 2015, 6:35pm
Rating: N/A
This series was a train-wreck on the first chapter and a disaster by the tenth. It did have some cool pointers though like pin the girl you want to fuck against the wall until she agrees to kiss you. While this series wasn't my cup of tea, it's got plenty of high scores and might be yours.

God awful, DO NOT READ.
by Question2
March 16th, 2015, 11:14am
Rating: 1.0  / 10.0
This is a god awful manga. It starts off with a MC who has a tragic past, but whatever character development is quickly shoved to the side as the author insists on using the most overused cliche in manga : the "guy is scared of physical contact with females, look at all these hot women who want to fuck him! Isn't it funny

" cliche. Seriously, who does find this funny? 12 year olds?

To make things worse, the author has no idea how creepy she is making the women in this series seem (or she just doesn't care). The MC meets his aunt for the first time and straight away, she wants him to fuck 14 women for her "research". Let's stop and think about this for a moment. This is the MC's aunt, who is supposed to take care of him because his father remarried and decided it would be a great idea to kick his son out of the house. To make things worse, she is ALSO his professor. Double abuse of the guardian relationship.

Apparently, not creepy at all in Japan.

Not like the other women in this series are much better. The MC's cousin is an incredible jealous bitch who doesn't have the slightest clue what going on a date means AND shows zero willingness to learn. There's the aunt's pedo friend with the daddy fetish who strings men along yet is willing to fuck the MC, who is the guy who resembles her father the least. There's the girl who is supposedly scared of guys, yet is perfectly fine with fucking the MC in less than 3 dates (and then she dumps him right after because she was only using him to lose her virginity). Then the ex-bully who deliberately seeks out affairs with married men and tries to bribe the MC with sex, and she thinks her value as a person is directly related to how many guys she can fuck.

Oh and the aunt wants the MC to fuck a girl who is literally less than 10 years old. But it's totally okay because it's for her "research"!

The sad thing is that despite having a cast full of dysfunctional characters and a sexually abusive incestous aunt...the story's focus is NOT on how screwed up the cast is. No, the story's focus is on "look guys! the MC has this really hot aunt who wants to fuck him! Isn't that awesome

" and the aunt trying to get him to fuck another dysfunctional girl who the MC shouldn't be dating in the first place, because they are crazy and not the good kind of crazy.

It's like the author is just blatant trying to pander to 12 years old who think "omg!!! free sex!!!" all the time.

The punchline? This series is supposed to be seinen.
Was this comment useful?  Yes