Login to add items to your list, keep track of your progress, and rate series!
Description
During her childhood, Liu Rushuang almost lost her life at the combined schemes of her father and head matriarch. Ten years later, she returns to plan her revenge holding the highest position in a well-known assassination organization by the name of 'Bloody Repose'. However, she is suddenly hounded by a tyrannical lord of some nation Han Moze. Will her revenge go off without a hitch? And what sort of thrilling story will she have with this tyrannical lord?

[Adapted from webnovel The Phoenix who replaced the bride: Tyrant Lord's Private Doting of the Bewitching Empress] 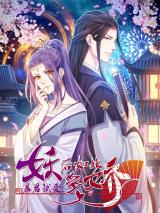 R*pe after R*pe
by yukinoluna
April 20th, 2021, 8:18pm
Rating: 2.0  / 10.0
Ok so we all know the drill - MC has an incredibly douchey family and they all plot to make her life miserable yadadada... Except there's no transmigration or 'second chances' this time round. This whole story is centered upon the MC who wants to take revenge on her family, but it ends up being really ridiculous and stupid (we all know) as she randomly consumes stuff her evil provides for her that's laced with an aphrodisiac and conveniently gets saved by the ML (god how many times is this plot device going to be used?!). Why do these revenge characters love to consume dubious food from their enemies? Anyway, later on, not so major spoiler as it's pretty early but
Spoiler (mouse over to view)
ML finds the drugged MC and rapes her, and then when she wakes up she's furious and rude to the servant (?? what did the servant even do wtf) and then attacks her evil sister. Then she uses the fourth prince to rape her sister. Ok. Later on the ML also behaves in typical male lead fashion - stalking and attempting to kiss her and all that. Moreover, this story also uses the stupid trope "MC cannot be stronger than ML" to make her, the all-mighty leader of an assassin group fall for his dumb schemes.

To summarise, MC is supposedly a leader of an assassin group but is so much weaker compared to the ML and hence often acts like a damsel in distress around him. She also conveniently falls for stupid plots in order to make the ML save her and has 0 intelligence. I don't expect FLs to be smart, but they have to have the least bit of common sense. This MC has none of that.
Was this comment useful?  Yes