Login to add items to your list, keep track of your progress, and rate series!
Description
The story takes place in the world-famous online VR game, ‘Quest Hero’.

A famed player of Quest Hero, ‘Harang’ ends up being taken to another world by a mysterious black entity.
No matter how much he tries, he can’t log out, and he’s even attacked. Not only can he feel pain, he meets the real ‘Yuta’ and not the NPC Yuta.

Can Harang complete the ‘7 Quests’ and return home safely?
Thus begins the tale of the ‘Teenage Swordsman’ Harang, who fell into an unfamiliar world! 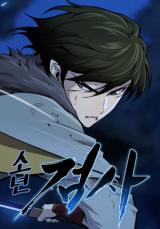