Login to add items to your list, keep track of your progress, and rate series!
Description
A tragic young girl whose mother died giving birth to her.

A wicked stepmother and three brothers with whom she shares no blood ties.

All buried deep within Ayeshah's Forest, shrouded in darkness... 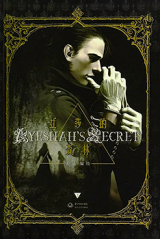 Note: You must be logged in to update information on this page.
Forum Posts Click to view the forum
Explain the manhua "Ayeshah's secret" for me?
over 5 years ago

Wuuuuuuuuut
by Bebe~
March 15th, 2020, 7:37pm
Rating: 9.0  / 10.0
Contrary to what others have said, I would've never predicted the ending. Bittersweet and twisted, but you couldn't help but want to read more of it. Never have I ever seen drawing in 4D LOL. Took some time to adjust to it, but it was absolutely beautiful and detailed. Definitely give it a try!
Was this comment useful?  Yes

Would recommend and read again (and again)
by AA-A-AA
January 19th, 2019, 9:07am
Rating: 10.0  / 10.0
I thoroughly enjoyed this story, even the ending and extra chapters. It's a mystery filled with intriguing symbolism that strikes you in unexpected ways, along with a cast of characters that all follow their own agenda.

Spoiler (mouse over to view)
Sylvia was absolutely unlikeable in the main story, and yet I actually felt sympathy for her in the extra chapter at the end when it showed that she wasn't just a cruel and mean woman, but an actual loving mother concerned about her son. I liked that extra bit considering it made Sylvia out to be more than just who she was throughout the rest of the story as a mere villainous stepmother.

I liked the rather vague ending as well; it's not perfectly clear cut. You don't really know what happens afterward, and I don't think you really need to know. I think it's the perfect place to end, and it keeps in touch a good ending in the 'happy' way it ends and I prefer it that way.

The extra chapter featuring Sylvia doesn't add anything new to the main story, but rather builds more on who she was a person. We know she's intensely devoted to her first son, Carlos, to an obsessive degree, but before it evolved that way, you can see she was once just a mother looking out for her son while waiting on her husband to return home, and did not start out vicious and heartless.

I feel like I wrote more than enough about it in the forum post, but that's littered with spoilers so be careful if you choose to proceed.

Gorgeous art haunting story
by Miss Valentine
October 26th, 2018, 9:04pm
Rating: N/A
Really recommended for those into twisted stories and plot twist and gore. The art is to drool at, really love it. It is short and the pace don't felt too hurried or the opposite, a very impressive work!!
Was this comment useful?  Yes

I Reccomend to those darker manga lovers
by Dalis
September 28th, 2017, 9:43pm
Rating: 8.0  / 10.0
This was a darker manga of which I really haven't read meaning of others of this type of genre. This wasn't a fairy Cinderella Story but instead more of a homicidal Gothic Cinderella Story. The fact that held my attention throughout the story with the plot twist and all makes it a greatly written story considering how I'm add and my attention wonders at the sound of a fly. The fact that it had somewhat of a happily-ever-after, if you can call it, made it that much more unpredictable. I recommend this to anyone who can read gory details and still want to eat afterwards. The realistic drawings was also a plus considering how rarely its drawn. I gave it this rating because there could have been more details between the ending and when they grow old in my opinion. Other than that this was a lovely read.
Was this comment useful?  Yes

REALLY GOOD manhua.
by LUEser
August 5th, 2016, 10:59am
Rating: 10.0  / 10.0
Let's put it this way art-wise: the character were drawn so real that it scared me. But with an extremely realistic portrayal comes with a slight flaw (but I guess, this could just be me): at times, it looks as if instead of the character portraying a movement, it was more of them posing instead. However, I don't think this really hindered any enjoyment I had for this manhua. I think this work is definitely worth the read, despite it being so short. Not to mention that it also contains thriller, mystery, and even a bit of horror; this heightens the artwork even more in its disturbing psychological element.

The plot, though I would have to admit is slightly predictable, is still pretty good. It is still full of twists, some of which is somewhat out of the blue (which almost have no connections, but you still have suspicions about it) and it almost raises more questions as to what happens next. Overall, I gave this a really good rating and I positively recommend this to ALL audiences to whomever likes the genre I've listed above. Hope this helps; I'm kind of disappointed that this work has no reviews yet.
Was this comment useful?  Yes