Login to add items to your list, keep track of your progress, and rate series!
Description
Killed on the battlefield without glory to his name, Yuseong Dan receives an opportunity to grow stronger with a strange quest and level system. But each quest he’s forced to fight only seems to be getting harder and harder. Can he level up enough to avoid the same miserable ending and become the powerful hero he wishes to be? 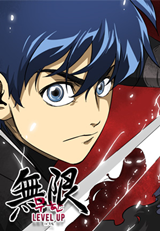 The game mechanics are a lot of fun and definitely follow some of the tried and true tropes. Quests, leveling up, super powered rewards. They're also balanced so that the MC doesn't get OP in just one week. They're definitely getting noticed & making things happen, but it's reasonable growth rates. I think Tales of Demons and Gods is another good example of reasonable growth rates, but this is even better. Oh and definitely one of the best aspects of this is that the MC doesn't have a gaming background & has to discover how game mechanics work from scratch. Another fun element of the game mechanics is that the MC is smart enough to figure out hacks to some of the tasks while failing in others. Aaaand the game mechanics overlap with the normal world (so far) in a way that seems sensible.

On the character development and ensemble, SO many characters are getting meaningful back stories. And while the MC starts the story off reliving his previous life, there's a pretty good balance between how he punishes people for wrong doing in the past life vs this one. Actually, relative to the time rewind trope as a whole, this is one of the best managements of that. Tales of Demons & Gods is probably a little bit better, but it's definitely one of the best and hopefully they do a bit better as the series goes on. I can see a risk of it going badly though with the MC becoming some kind of god of judgement for people who have not yet made the mistakes he knows they would have made in his past life & getting post action justifications on a bunch of murders. Oh and the MCs main relationships have interesting storylines that are getting well built out.

So ya, all in all, I'm enjoying it! 🙂
Was this comment useful?  Yes