Login to add items to your list, keep track of your progress, and rate series!
Description
Johann, one day, after two months of making a living by cleaning the bathroom at the hotel, his predecessor asks him to leave.
All Johann has is his younger brother, Philip.
A man said to Johann that he resembled an acquaintance he knew a lot, and he suddenly proposes to work with him. Maybe it's a scam or something dangerous, but it's $5,000 a month. It was a chore in a shabby, crumbling hut far away from the ridiculously huge mansion, but Johann was happy. Of course, until he meets Helbert.

Latest Release(s)
c.0 by Cadre Scans about 1 month ago
Search for all releases of this series 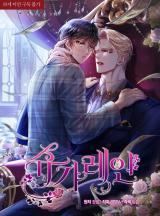