Login to add items to your list, keep track of your progress, and rate series!
Description
Just the extraordinarily unfortunate life of a high school boy... but misfortune isn't all that's extraordinary about him. 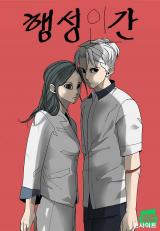 “Planetary Human” is like raw ore. It’s blemished, unsightly and contains mixed elements. It does, however, indicate the ability for refining. Once I got past the jilted dialogue and character interactions, I was rather impressed with the creativity on display. It may be my inexperience with the lineage of this genre, but I certainly haven’t seen some of these plots threads before. A human body serving as the planet to sentient life is very interesting. Rather “Osmosis Jones”. The differing levels of conflict and interaction, between the planetary/microscopic and the human, is genuinely brilliant. At this point there is a lack of extrapolation on the details of what a “planetary” being is and the mechanics of the organism itself. This can make elements of the plot seem arbitrary - such as the difference in volition and utilisation of the abilities of the MC between the egos. The author does go a way to making the fantastical elements of the plot have an analogue in reality though. I loved the connection between aging planetary humans and the historiographic truth of the cyclical nature of civilisations. Of course these miniature sentient beings would carve out identities and strive for exactly the things humans have since time immemorial. Similarly, they will inevitably decline and fall, bringing with it implications for their “planets” as well. But that ore analogy comes back to serve me once again by conveying the fragmentation on display here. There are lots of different story beats and they are all playing simultaneously, without always feeling holistic and a part of the same story. This has been ameliorated in the more recent chapters though.

But.. Execution, execution, execution! While I feel the rather inhuman and unnerving environment the art style provides work well for this webcomic, I also think that a lack of artistic skill comes into play. I’m reminded of Chainsaw Man in that the art style there was also very rough, but it had moments of incredible detail. The emotional palette of Chainsaw Man painted in terse strokes, but the "colours" were vivid. Not so much the case for Planetary Human. I have also never had a huge appetite for art that lacks levity, humor and good nature. Planetary Human has a wry, straight faced comedy to it, with plenty of good hits, but I do still find the callous plot on display to be a bit oppressive. The characters, similarly, do not always hit for me. Many of them blend into the same cold, emotionless and desolate soup that may have been easier to swallow with that greater range of “colour” that could be provided by competent art. The mum is a prime example of this. But I do hasten to add that there is a good plot discussion of this, with it being noted as a potential factor undermining her mission as it relates to the MC (to be revealed!).

There is a mind and creativity behind this story which I love, but I just wish the pen carving out this vision was a bit more deft. Highly enjoyable all the same! 8/10

EDIT: on rereading my review I noted that my use of "colours" when describing differences in the art between Chainsaw Man and Planetary Human is confusing and doesn't mean much to anyone but myself. The art in Chainsaw Man was sparse, but what was on the canvas was high quality and what was required to convey the feeling of a scene. Planetary Human on the other hand has a number of scenes that have a void that should be filled by more competent artistic demonstrations of emotion and reaction.

Quite a mess
by Kamugin
December 14th, 2020, 8:28pm
Rating: 6.0  / 10.0
The author starts telling a story then suddenly kills the main character, changes the personality of the supporting one, changes the setting and starts telling an almost completely different story. It is like he doesn't know where to go.