Login to add items to your list, keep track of your progress, and rate series!
Description
Yoshino Michi is 32 years old. She's been married for five years, but hasn't had sex for the last two. It's not as if she doesn't get along with her husband, it's just that the sex part is lacking. It was a bit unexpected, but one night when she when drinking with her colleague, Niina Makoto (36), she wound up confessing that her marriage had turned sexless. And then, a shocked Niina responded "My marriage is sexless, too," and smiled with a lonely look in his eyes. 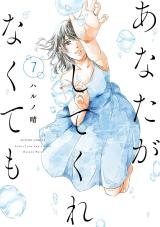 Now to the manga itself. The characters unexpectedly feel like actual humans in a way you can imagine or even know some/all of those ( main, heck even the secondary too ) characters in the real life. The struggles in the marriage feel realistic.
Neither of them can be really judged to one category like "this character is good" or "this character is bad" for me ( yes even that character, you will know whom I'm talking about after you read the manga ). They have their moments when they do good things and bad things which is why the drama feels more natural rather than dramatic ( well yes, there's this character that does negative actions more than the opposite though ). The character development is also great especially the fmc.


At some point of the story you might wonder, "why this character doesn't divorce with that character ?" Just follow and read more chapters and you'll get your answer. You might be suprised with how the story goes if you have read more and see it yourself how those 2 couples's decision with their marriages and future.
Was this comment useful?  Yes

Not for everyone but very good at what it does
by shaft22
May 17th, 2022, 6:52am
Rating: N/A
I was surprised to see all the negative scores for this; It would be interesting to see the demographic detail on the people who had a negative view of this manga vs the positive.

I am at a similar age and point in my life as the main characters and this manga felt very true to life. There is definitely melodrama (so you keep reading) but some of the conversations the characters have are really similar to ones I have had with my partner. Well drawn characters with lots of shades of grey, just when you think manga is falling into a trope the author adds a little extra dimension which makes everyone feel 3 dimensional.
Was this comment useful?  Yes

At the very least, it doesn't deserve all the 1s
by 5chickens
May 26th, 2021, 7:55am
Rating: 6.0  / 10.0
A pretty good manga about two couples' marriage problems. Manga that focuses more on exploring the ups and downs of relationships than on glorified romance is rare, so it's a good find if you like that kind of thing. If you hate melodramatic tones, this is not for you. If you hate glorifying cheating, this does not do that in the long run. It does humanize the cheating characters (they are the main protagonists) but it doesn't portray their actions as good, or their partners as evil.
You in particular ended up being my favorite character. What could have easily been an unsympathetic lazy, ignorant husband type is actually a man stuck in a marriage that doesn't fulfill him, and has forgotten to compromise. Like everyone else he's flawed and has done wrong, but has reasons and feelings that are sympathetic.
Absolutely not for everyone. But if your thing is just reading about the realistic emotional struggles of people, told in a dramatic way, it's a perfectly good and rare find.
Was this comment useful?  Yes