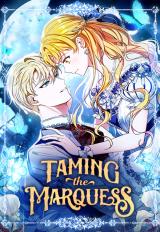 
Category Recommendations
The Forgotten Princess Just Wants Peace
Princess to the Rescue!
Seducing the Monster Duke
I Thought It Was Time!
Lysia Tries the Quiet Life

Wasted premise
by Kore137
March 8th, 2022, 5:47am
Rating: N/A
The premise of the story was interesting but the execution was not. The pace felt hurried and the flow of the development was unnatural. Also the FL is unattractive in the sense that she was not strong enough to hold her own without the help of her brothers or the ML and the parts that were made to depict her as sweet or sentimental were just weird. I mean, she was worried about him one moment and next thing you know, without reason, she just decided to sing a lullaby for him. Cringe. Not to mention she’s always wearing shabby men’s wear. I don’t even mean the kind of cross dressing that looks dashing and confident. Just shabby. Always. With a generic, typical 90s shoujo FL vibe of being kind of ditsy and bubbly and tomboyish at the same time… it’s just hard to find her interesting in today’s climate when you have many strong and well thought out characters like Medea Solon, Raeliana McMillan, Latrasil Tarium or Navier (Remarried Empress) who are in addition, drawn beautifully. The ML is also pretty basic, but at least he is drawn more attractively if one were to compare the design against that of the FL. The clothes he wears in his true form are great, so it’s not like the artist can’t do better for the FL. Maybe in later chapters she might be dressed better, but I’m not reading past chapter 18. I can’t.

Haphazard world building too. The culture built around the nobility in this story makes little sense. Like, an early plot line was an attack by a rival family/territory; who arbitrarily attacks another noble household without worrying about the consequences of the law? Or does the King not care if nobles just kill each other whenever they feel like it? There’s also an odd fixation with auction houses. There’s too much emphasis on it.

Also this doesn’t count towards the rating cause the translations aren’t official (where I read from), but most of the chapters were translated poorly. The dialogue was already weird to begin with so… Can’t enjoy the art and can’t enjoy what’s going on either.

Anyway, tldr, the pace and flow is unnatural, FL looks bad, her personality is a 90s shoujo manga throwback, and everything is cringey. Do not recommend.