Login to add items to your list, keep track of your progress, and rate series!
Description
Gyeo-Wul, an art student, is having trouble drawing. One day, she bumps into a handsome guy and takes his notebook by mistake. The notebook had drawings with an art style she is not used to and tries to draw better than him. But, it turns out that the guy knows who she is.

Parts 2-3 of the Epilogue and Volume 0 have yet to be scanlated. 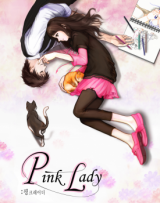 not for me
by bakerygirl
January 29th, 2014, 10:03am
Rating: 5.0  / 10.0
This webtoon failed to capture my attention. The art is very beautiful, especially the eyes, but that's the only redeeming feature. I found it cumbersome, unimaginative, repetitive and unclear. The panels are repeated again and again with minimal changes and the characters are very plain. There's no communication between the characters and no flow in the story. The pacing was sporadic and disjointed. The story left me confused more than once. Consequenlty, the series is now in my unfinished list and I may or may not pick it up later.
Was this comment useful?  Yes

Completely translated
by ko-miko
March 18th, 2013, 7:32pm
Rating: 10.0  / 10.0
Amazing! I generally don't like shoujo but this series really impressed me. Yes the general story line might be slightly commonplace but the execution certainly is not. A well developed supporting cast, likeable and human, real problems that avoid the shoujo style episodic tendencies, and of course beautiful art make this a must read.
Was this comment useful?  Yes

But: They (girl and guy) lack communication. Their relationship is weak. The ending is a bit bland and rushed. Story is a bit confusing due to translation errors.

I really like this one but..
by justine_panda
February 2nd, 2012, 8:15pm
Rating: 10.0  / 10.0
I heard that it was dropped or that the author wants us to buy the published one. I'm from the Philippines so I can't find a store that sells Pink Lady. Too bad, since I really like the art and the story. The webcomic is nice and I find the way that it displays art is great.
Was this comment useful?  Yes

Sometimes it drove me a little crazy...
by blueseeker
January 31st, 2012, 1:09pm
Rating: 8.0  / 10.0
This is a good story; i personally liked the art school theme. The art is also very pretty. The only niggle i had is with the unexplained disappearances at the beginning, and the communication issues. Maybe it had not taken so many chapters for it to be resolved, and if she wasn't so absent minded, as to not question where he even lives.....
Later on the characters become better developed, but a few flaws still remain, like where are her parents?

While the translation was not the best, it was much better than nothing at all, so i'm very thankful. I wish the person would also translate the two chapters on the side story as well, because i'm really intrigued by the raws.

Sad
by flower45
August 3rd, 2011, 11:26am
Rating: N/A
i love the art of this!!! and it was so interesting!!! i love the main character, shes so hardcore. but i still couldnt find a website that has english translations after chapter 8!!!!!! so sad.
Was this comment useful?  Yes

Just finished reading it to end of ch.93
by Ally-Kat
June 1st, 2011, 1:20pm
Rating: 9.0  / 10.0
This is such a beautiful manhwa and the story is amazing. The story is not just about a girl and a boy who meet and like art, but it is about how they affect each others art and lives.
Spoiler (mouse over to view)
Basically they eventually get together and begin to paint and draw together. She begins to enjoy art a whole lot more and her work begins to look more like his. By chance they each do a portrait of the other sleeping and the two paintings look like they have been done by the same person. In an attempt to create different pictures they separate and paint by themselves. But their pictures are still almost identical and they have decide to just accept it. Throughout their relationship and separation, their is another guy, a year younger, who is in love with the girl, and a girl who is in love with that guy, who becomes the best friend of the pink girl. This is a very very basic outline. P.S. the whole thing is in english on the net, but according to the rules for forums here, I can't tell you so, you'll have to look for it.

i am so looking forward to the story. i like the art, it's very detailed. I also love the story, though I've only read a few chapters, it just wants me to keep going until I will realize that I finished the scanlated chapter. How could this happen? Could another scanlating group take this project? or could the previous scanlators put this in their current project again?

I want to continue reading this..

Good read...
by upyours
September 25th, 2010, 5:24pm
Rating: N/A
This is a really cute series about Art. Despite what other people say, I really liked how the Manhwaga repeats the scenes but adds something different. Makes it feel like a movie...

The story-line is really cute but a tud cliche... But really isn't all romance cliche? Especially in shoujo...

It's too bad that the scanlators stopped scanlating it because the author asked them too. I would like to finish and see waht happens at the end, but oh well. If only I could speek Korean...
Was this comment useful?  Yes

First, I didn't find the art as beautiful as some previous comments said. There are some big mistakes, like transparent books (you can see the floor patterns through it). The artist uses too much some CG effects (I really don't like his oriented blur that is meant to show the character moves fast). IMHO, the mix of photographies with drawings, though not frequent, is a true failure. The drawings are at most average (no landscapes, scarce backgrounds, not very consistent characters). The only interest comes from some references to classic paintings, with a few drawings mimicking Chagall, Van Gogh...

As noted before, there are several pages repeating the same drawing (with minimal changes). It didn't recall me of NGE (where the still images came with sound, or already well-known characters and tension). I just felt the artist was lazy or late. And unrealistic: try holding a sketch book with your arm straight for a few minutes!

The story is cliché. A beautiful girl meets a beautiful guy. She's uneasy but he's cool and has tremendous talent. When they were children, they had a crush on each other. Nothing bad, but typical shoujo, isn't it?