Login to add items to your list, keep track of your progress, and rate series!
Description
His meridians were destroyed. He was abandoned by his clan, mocked by the world as useless trash, and was murdered on the night of his wedding... but thanks to the Mirror of Samsara, his destiny was reversed and he was reborn into the world, filled with both hatred and regret. He swore that this time, he would reach the pinnacle of power! 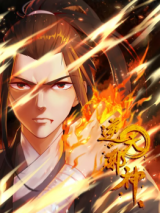 It reminds me of Martial Peak only AtG doesn't really seem to get anywhere, it kind of just meanders along from one place to the next with no real progression aside from the MC getting stronger.

Why have we not heard more about jasmine and where she comes from, why isn't the mc more interested in that? After she sealed her power all she exists for is quick info drops every now and then and to tell him when someone way stronger than him is nearby. She's apparently his master yet after the early part of the story she hasn't really done much in the way of teaching him.

Maybe that changes in later chapters, but with such a slow release it's hard to care about something when the chapters themselves have so little content in them. At least with Martial peak there's 10+ chapters a week.
Was this comment useful?  Yes

This is great, please ignore the social justice activists vomiting poison in the comments.
by nightwish2
December 11th, 2020, 2:58pm
Rating: 10.0  / 10.0
Some people are just braindead. Did I just read some demented prude crying about "mysoginy"? REALLY? I suppose you are ok with genocide but the main character can't offfend your stupid PC sensibilities? If you are applying your own disgusting moral framework then you find it inexcusable that the MC doesn't treat woman in the exact way your politics demands, but it's ok that he commited genocide. At least it's not worth mentioning in front of his crimes against women?

My god, the MC is 100% devoted to the women in his life, he would give his life to them in a second. Not once did he get together with a female without commiting himself to them. This twisted mixture of religious puritanism and Social justice lunacy is quite strange. He can't have more than one partner even if he devotes himself to them and doesn't sleep around just for sex? The very worse of two twisted worldviews.

And how is he a rapist, you twisted moron. The story doesn't make it clear how much conscent was involved in that one instance and he did it literally to save her life. He also was ready to let her kill him on the spot if she felt that he deserved it.

Stop reading entertainment that wasn't made by the people who share your twisted, disgusting world view. You people infected too much already, always trying to push your idiocy on every single aspect of life.

This MC is amazing, he devotes himself to those who are close to him and he is not scared to risk everything to help the ones dear to him. That's why so many girls fell in love with him. He is not just trying to score with them, he shows them kindness even before they are close, he is ready to sacrifice himself for them.
Rats with twisted ideologies would never understand so please go read some social justice book and leave us alone. You don't have the right to infect everything, the world doesn't revolve around you or your disgusting ideology. People are tired of your twisted kind trying to corrupt everything.
Was this comment useful?  Yes

Very Bad
by PZcolo
February 22nd, 2020, 9:58pm
Rating: 3.0  / 10.0
Hard to completely judge this one because of the hideous translation, specially from chapter 50 til 80, it's literally incomprehensible, worse than mere google translate which is astonishing, half of the words are written badly, like "futur", my favorite "geniusity" (meaning level of genius, I guess) or even something as simple as using "fun" when it should be "fan".
As if that wasn't enough every other phrase is written in the wrong order, something as simple as "away move"... just trying to figure what the hell the author actually tried to say makes my head hurt. And to top it off, there are even bubbles written in Arabic!

That being said, this kind of stories are extremely simple so understanding half of that's being said is enough in most cases. MC and therefore the writer are as @Uthred says misogynists, that's actually disgustingly common in manhuas, I don't remember the rape but I read the first 50ch over a year ago, in any case, the MC convincing his brother in law to lie for him so he can flirt with other woman than his wife is indication enough... So MC is a douche, prepotent, pedantic, and as said, he judges others but puts himself in a different scale or as @Uthred says, "the usual hypocritical sociopath who perpetrates the same atrocities he complains about". Story-wise, nothing special, not an inch of originality but one doesn't read cultivation manhuas for that, in any case it's not well done, not well presented and there ain't a sense of mystery or twists or something that makes you want to keep reading, just the dumb MC acting the tough cookie.

In short, with so many other cultivation stories, this one just ain't worth it, maybe well translated it might make more sense but I doubt it.

The main characters a misogynistic rapist
by Uthred
November 28th, 2019, 6:19am
Rating: 1.0  / 10.0
I won't complain about it being the same formulaic nonsense as other cultivation stories. If you're familiar with the genre then you know its going to be a paint by numbers power fantasy. If you aren't familiar with the genre then don't start here. The main character is unfortunately the usual hypocritical sociopath who perpetrates the same atrocities he complains about. Every arc he declares true love for yet another new female character, all of whom have zero character development, and he isnt above raping them to "prove" that love. Of course after that they fall in love with him. Unfortunately a lot of these web novels and their comic adaptions have strands of misogyny running through them but you simply cant ignore it in this one.