Login to add items to your list, keep track of your progress, and rate series!
Description
Everyone’s pleasure is catching...

Hiiragi Hayato, a male high-school student, has no choice but to submit his body to pleasure, to the stimulations from other people’s sensations.

He has an ability involving the body that is too strong to be called a delusion. As he encounters a cat in heat, the stimulation from the cat will...
When he sees an av actress, then the pleasure of the actress will also...

However, such covert e... More...
Everyone’s pleasure is catching...

Hiiragi Hayato, a male high-school student, has no choice but to submit his body to pleasure, to the stimulations from other people’s sensations.

He has an ability involving the body that is too strong to be called a delusion. As he encounters a cat in heat, the stimulation from the cat will...
When he sees an av actress, then the pleasure of the actress will also...

However, such covert enjoyment is found out by his childhood friend, Terada Tsukasa.

With the pleasure that cannot be controlled, comes the thrilling psychic love that sways both body and heart. Less... 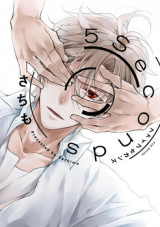 That was... Unexpected
by Panda-Moyashi
February 23rd, 2021, 9:49am
Rating: 10.0  / 10.0
I thought I was in for some cute and nsfw shit after reading the description... Well, I was completely wrong haha. Except for the first story, wtf is going on ajdjdbhdbf
Netherless, I enjoy messed up stories so even though this wasn't what I was looking for right now (I wanted to read cute stuff ajdbdj), I still enjoyed reading this
Spoiler (mouse over to view)
So the AV actor from the last story is the younger brother of the twins... What kind of messed up family they have ◉‿◉ Are their parents ok, why are all their children completely messed up ajdbfuf I hope they're doing ok lol
The mom even saw her twins having sex I hope she recovered from that shock lol
Was this comment useful?  Yes

I would rate the first story a 7/10.
Was this comment useful?  Yes

Strong start with a weak ending
by Howling
October 11th, 2019, 8:52am
Rating: 7.0  / 10.0
The first story was very cute and enjoyable, with relatively developed characters with back stories. The other stories were not as enjoyable in my opinion. They were quick and short, and failed to flesh out the characters, which was one of the biggest issues.

As for the art, it's actually pretty great. Very beautiful to look at, and the sex scenes were pretty good too. I'd say maybe read it if you're looking for a quick story with not much drama, or maybe just stick to reading the first story.
Was this comment useful?  Yes

Nice
by kidoraku
August 5th, 2017, 4:22am
Rating: 8.0  / 10.0
I have to admit it's an eye candy for all sorts of perverted yaoi fans, especially for those with weird tastes. Each story has twisted characters but all in all I had fun. I like the threesome story the most. The art is very good. There's a bit of hidden meaning and play with words - take a look at the translator notes - it will add some fun to the story. Also I don't think it's as weird as some ppl describe it in comments, not half twisted as Caste Heaven rather it's refreshing but maybe it's just me? Like I said - it was fun to read it.

Maybe this work isn't brilliant but for sure is memorable.
Was this comment useful?  Yes

first story is great, rest are ok
by gwkimmy
June 23rd, 2017, 12:57am
Rating: N/A
first story is pretty simple romance with childhood friends but the supernatural element made it REALLY hot and sexy lol. this is the best story out of all of them and i'd like to see it expanded more.

the others are mostly forgettable even though they get darker in tone. it wasn't even that shocking tho. i got more of a kick laughing at all the reactions on mangago to the sadism chapter than actually reading the chapter LOL
Was this comment useful?  Yes

Gets harder to like as you read on
by OmNom
June 20th, 2017, 10:50am
Rating: N/A
This volume was a downward spiral in terms of enjoyment for me. The first story was really good - cute, hot and sweet.. and then it all went downhill from there. Fifth chapter (fourth story) is definitely the most wtf; it doesn't even make sense. I'm also not a fan of the stalker story. Everything else is pretty meh. I'd say it's a waste of good art if you ask me.
Was this comment useful?  Yes

A Mixed Bag
by KaoriNite
June 20th, 2017, 10:01am
Rating: 7.8  / 10.0
The first story, chps 1,2 & extra, was pretty good. Second story I wasn't really into because not a big fan of incest. I loved the third story and would give a 10 out 10. It was a creative concept and would love to see more of this couple. The fourth story was a bit twisted and not the good kind. And the last story was forgettable.
Was this comment useful?  Yes

nice and naff
by Tentacle
May 31st, 2017, 11:06am
Rating: 8.0  / 10.0
I really liked the first story. Like.. everything about it was just nice! Not anything spectacular but I still haven't read anything with this sorta story. I think it'll be fairly forgettable though...
But honestly the fourth story, ch5, it was just... SO bad. I can like weird and twisted people, being brutal and sadism and masochism... but this was just so poorly done. Flat characters, over the top violence that just made it comedic, dynamics you didn't care about... actually there wasn't anything likeable about it other than the art. Which isn't really my taste (it's sorta boring to me, but nothing wrong with it).