Login to add items to your list, keep track of your progress, and rate series!
Description
A story about a demon hunter named Rano who is trying to find his sister. Along the way he finds a person who has the same teeth structures as demons yet is not affected by sunlight. This person, Lessa, seems to remember who Rano is, but Rano does not remember who he is. Rano only dreams of this person; what are the connections between these two? 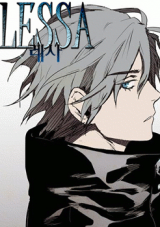 Wonderful
by Serendipity_
January 21st, 2017, 3:35pm
Rating: 9.0  / 10.0
Killer story! I'm pleasantly surprised with the great phasing, the plot did not feel dragged out nor too short, it was perfect. The art is amazeballs and most importantly, there were no plotholes! Best. Thing. EVER. Everything was explained in a simple manner, which made the story more comprehensible and easier to get into. Big Yas on that!

Looking forward to read the sequel.
Was this comment useful?  Yes

A good prequel to a better sequel
by bobIV123
March 24th, 2015, 9:58pm
Rating: 9.0  / 10.0
I enjoyed this quite a bit when I read it. It had decent action and punchy humor, and the plot was interesting and fairly original. This one was good, but I am currently enjoying the sequel more; I encourage you to read this for its own merits, with the added bonus that you then get to enjoy a satisfying sequel.

As the person below me said, Naver webtoons really ARE the best. This manga, Noblesse, Tower of God, Cheese in the Trap...etc... ALL my favorite series these days happen to be from Naver!

Somehow, all the best stories emerge with great plots that can keep me engaged!!!!! <3
Was this comment useful?  Yes

This series... was really amazing. The art, the plot, the characters; all very well done. I love that there was a reason given behind the main villain's actions, and a clear understanding of why the demans (demon + human) exist. The Egyptian mythology imbedded in this story makes it all the more interesting.

One of the most engaging things I've ever read
by nekochav
May 28th, 2014, 12:07pm
Rating: 10.0  / 10.0
Out of the hundreds of mangas/manhwas I've read, this webtoon is definitely my number one. I read the entire first season in about 2 days straight and I still wanted more. The story is a lot more interesting and complex than the summary written above. The chapters are really short. The story is confusing and slow at the beginning but after a few chapters, you'll get the hang of how the creator wants to tell the story. The artwork is beautiful, especially in the important arcs. Read this for a refreshing and engrossing story unlike any you've read before,

Surprisingly good
by lfb
April 4th, 2014, 3:40pm
Rating: 10.0  / 10.0
I has expected the series to be another series I would end up dropping from painfully slow pace and mundane fights after reading the previous reviews, but surprisingly I was hooked after a few chapters and plowed through season 1 in a few days. imo the chapters are not slow at all (and I've read a ton of manga/manhwa over the years). Especially compared to some other webtoons where they would spend ~7 chapters on one fight/situation...
The chapters are set at a good pace. Not sure what imercenary was reading. There is a plot and it's shown w/in the first 18 chapters (otherwise, I would have dropped it from boredom). Also, it's clear the author has everything planned out.

The art is nice and consistent. Definitely one of the better ones I've seen in webtoons/manhwa. The art style appears to be tad stiff for the occasional humor but that doesn't stop me from chuckling out loud.

Overall, I would recommend others to give this series a try. It's a lot more interesting than the summary has to offer.

More interesting than it first appears
by Suxinn
January 4th, 2013, 12:04am
Rating: 9.3  / 10.0
As others have said, the start is quite slow, but it is certainly an incredible one. While at first seeming to be a nonsensical shounen fighting series, it's definitely shaping up to be more of an intense fantasy series with quite a bit of mythology to back it up.

It has been a slow start, but things are gradually becoming clearer at this point, and I find myself consistently amazed at the revelations given by each successive chapter. Don't be fooled by the seemingly cliche and overused premise. Lessa definitely takes it to a different level, and a lot of thought seems to have gone into its making.

Most definitely sticking around to see where else this webtoon will go. I'm sure it'll be worth the ride.

edit: OK, this series is legitimately great. I wrote this initial review back when Rano and Lessa just met, and since then Lessa has gotten progressively better and better and I've grown to adore all the characters. Lessa is an absolute cutie, Rano is a lovable idiot who I want to slap in the face but also hug at the same time, and Lucy is a super great badass who is able to make the best out of a shitty situation. And, god, is the art perfect or what? Especially the mythological bits are beautifully drawn. Seriously, even if you're not that interested in the plot, read it for the art: it's gorgeous.

Season 2 is great too. It also gets to things a lot faster, and more Lucy, so everyone wins!

PAINFULLY slow
by imercenary
October 18th, 2012, 6:42pm
Rating: 2.0  / 10.0
This is really, REALLY slow. Case in point, at chapter 18 the story is STILL in the prelude. The setting is flat-out nonsensical, the characters are predictable and theres no plot whatsoever.
Was this comment useful?  Yes

Great Start
by wtothez
September 14th, 2012, 6:13pm
Rating: N/A
So far so good. Character is intriguing, the backstory has depth to it, the "bad" guys are have their own motives, and most character so far have conflicting points of view on how to deal with their situations.
Was this comment useful?  Yes