Login to add items to your list, keep track of your progress, and rate series!
Description
Eraser, the mysterious enemy that invaded Earth 13 years ago!! Before their overwhelming power, the entire Earth neared the verge of collapse. But at the last moment there suddenly appeared Earth's lone savior, The Beast: an ultimate weapon uniquely equipped to counter the Eraser's power!! The Beast is part of the MAGIC Brigade, whose commander-in-chief is also the founder of our Le Prince Academy... Ladies and gentlemen, I present to you, Mr. Vincent! 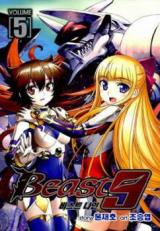 Note: You must be logged in to update information on this page.
Forum Posts Click to view the forum
Where is the gender bender?
over 10 years ago

evangelion rip off
by azwald
September 8th, 2013, 6:07am
Rating: N/A
the more I read the manga, the more I'm sure that this is Korean Evangelion
even the pilot seat looks totally similar, not to mention the water tank.
And the fact that Beast has soul(just like Evangelion)
Was this comment useful?  Yes

meh
by AMetroid
March 17th, 2013, 10:05am
Rating: N/A
The plot line is rather straight forward. The action is not bad, but there really isn't much tension in the fights. The art is nice. The biggest problem is the meshing of the characters and the tone of the story.

I found the characters so far to be more forgettable/annoying then really engaging. If the manga seems to want to be more drama/action with some comedy, rather then comedy/parody with some action. However, the characters are a little to gimmicky for the former and overall not zany enough for the latter. So far they seem to be mostly stock character archetypes, some with a gimmick. The only character they've made interesting is the one they put of commission in the first chapter (the girl the hero gets body swapped into). There seems to me some improvement in the latest chapters, but it's still weak.

very interesting
by heavyscythe06
November 14th, 2011, 6:17pm
Rating: 9.0  / 10.0
I like the setup as to why the characters are in that situation, as well as some of the foreshadowing done in the earlier chapters. The Evangelion likeness hit me too, but I find that this might be somewhat better than Evangelion as the tone is more mild and hilarious. Definitely worth reading and getting into.
Was this comment useful?  Yes

This seems awfully familiar.......
by TheBlackArbiter
October 2nd, 2011, 9:55pm
Rating: 7.0  / 10.0
Young teens piloting machines that man did not make and sometimes cant control to fight other worldly apocalypse creatures? This smells like Evangelion however it has a comedic tone (and more ecchi). Art done by same people who do The Breaker. Room to grow. I'll be interested in seeing what direction they take with it.
Was this comment useful?  Yes

might be because it has the same characters from the breaker or the giant mechas XD main character is still honest and straight forward which I really like, and they include quite a bit of comedy(though usually ecchi, it's kind of given since it's in the genre)