Login to add items to your list, keep track of your progress, and rate series!
Description
When a gaming otaku gains the power to cross over to other worlds, he will obviously have to figure out what to do with it! But what is this?! A powerful cat-woman elder sister, a loli fox-woman, a cuddly rabbit-woman younger sister... This isn't a zoo! Welcome to a world where the strong prey on the weak. Then again, it's all so wonderful! An authentic strategy game, a huge conspiracy crisis, this other world's hegemony is now loading, all waiting for thou scum... 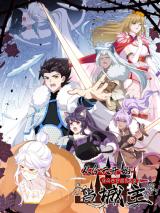 Blatant propaganda piece.
by Artimidorus
January 15th, 2022, 11:00pm
Rating: N/A
Beyond just what Yorda and deathcoy have written, this series is also very heavily a propaganda piece to show the "benefits of the Chinese way". Up to and including dressing in Chinese military outfits, singing the song, waving the flag, and everyone feeling "ready to fight, feeling the love of the country, etc". It's been teasing a war for a long time now, but the author tends to drag things on until a major news story that he can weave in and reflect how "China would handle it."

This is ignoring all the insanity with harem members and that the MC will sleep with anything that even winks at him. We've long gotten past that "I'll marry a beastman" when he was hitting on the first cat girl. His military is also safely able to conquer the entire planet with very little difficulty. He's brought high powered bombs, airplanes, blimps, railroads, etc. over. It's just not a fun series to read.
Was this comment useful?  Yes

The main character was given overwhelming abilities. Reflecting on this and contrasting it with other stories where the main character is challenged due to personal weakness I have come to understand that the supporting characters have consequently become not as useful, dynamic, interesting, and vibrant. If the main character is superhuman and easily becomes stronger (main character's power is stated to increase every single time he uses his ability without limit ... dimensional travel, modern goods, super strength, super speed, super reflexes, super combat ability ...) there is little tension in the story. Without tension there is no catharsis and therefore all the main character's successes tend to feel trivial.

The other characters also feel trivial because they are being overshadowed by a MC that doesn't have to rely on them. These supporting characters have been reduced to being mere tools. Eg. "Hey, you're good at hunting and conveniently loyal to me. Go train an army from these peasants. I'll let you speak a couple lines in 10 chapters from now." Eg. "Hey, you're old, literate, and look a bit wise. Be a clerk for me and handle all my governance problems concerning ___. You are allowed to speak 1 line per chapter."

It's mediocre in every way. Don't commit to reading it with great expectations. I don't feel like I wasted my time reading it though. It was moderately amusing.

Skip It.
by dragonlord7012
July 30th, 2020, 3:48am
Rating: N/A
Its like a tempid, bland gruel. Nothing was risked in its making, nor does it have anything remotely interesting to it.
It exists for the sake of existing. The humor lacks any effort, or energy. The resolutions are unsatisfying, and cheap.
Skip.
Was this comment useful?  Yes

Too dumb for my taste
by PZcolo
June 16th, 2020, 6:47pm
Rating: 3.0  / 10.0
Deathcoy says pretty much all there is to say, and I agree, decent if you keep your expectations low, I mean reaaally low. Also, aside from the annoying formulaic harem and the complete lack of effort in world-building and general common sense I'll add that there are just too many bad jokes, the author doesn't take the story seriously at all and you get a dumb pun every other page, if you enjoy that then you may like this, I don't like a fantasy story being constantly interrupted by silliness.

Fairly fun read if one keeps expectations low
by deathcoy
May 30th, 2020, 11:26am
Rating: 5.0  / 10.0
Premise: Protagonist able to travel between his own world(our modern world) and fantasy medieval world of swords and bows(not sure if theres magic) filled with elves, beastmen and such. He ends up taking ownership of a declining city and decides to improve the quality of life and living conditions by implementing technology and knowledge from our world. Also end up abolishing prejudice of non-human races and turn his city into a multi species society.

First and foremost, don't expect the detailed and extended explanations for how the modern day technology is integrated into the city. Usually the protagonist buys stuff from his world and use them in the fantasy world or just write up some designs and get his subordinates to build them. So don't expect "Release that witch" levels of details.

Theres reasonable character progression but like most harem genre, it ends up with too many characters to focus on. Most of the limelight is on his harem or his potential harem candidates. Its a pity that other characters like the Steward and his family(his sons end up running the military) or other villagers who end up being pioneers of several government agencies, they don't get much limelight although i find them the more interesting characters.

As for the plot, its pretty basic kingdom power struggle stuff. Theres the throne succession that ends up dragging the MC into it. Moreover the threat of other nobles who want to take over the city due to its prosperity or they wanna kidnap the MC to steal the secrets of his technological advancements. MC also has to deal with human and non-human relationships to ensure peace and acceptance in his city since the Kingdom is pro-human where other races are usually enslaved.

Overall its a fairly entertaining read but keep your expectations low. For me its a good read to pass my time since im jobless cos of covid-19 pandemic.