Login to add items to your list, keep track of your progress, and rate series!
Description
“Please help! I’ve been kidnapped by this man. Please call the police!” Just like any other night, Hyeseong spends his time playing games with an online friend, Nana. But when Nana goes AFK and accidentally leaves his mic on, Hyeseong hears the voice of a panicked girl crying for help, saying she’s been kidnapped. Once Nana gets back, he sounds suspicious of Hyeseong, even asking questions that sound like he’s trying to gauge Hyeseong’s reaction. Despite Hyeseong trying to act as natural as possible, Nana insists on meeting IRL…

Offic... More...
“Please help! I’ve been kidnapped by this man. Please call the police!” Just like any other night, Hyeseong spends his time playing games with an online friend, Nana. But when Nana goes AFK and accidentally leaves his mic on, Hyeseong hears the voice of a panicked girl crying for help, saying she’s been kidnapped. Once Nana gets back, he sounds suspicious of Hyeseong, even asking questions that sound like he’s trying to gauge Hyeseong’s reaction. Despite Hyeseong trying to act as natural as possible, Nana insists on meeting IRL… 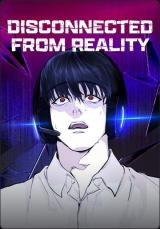 below mediocre
by milkgreentea
December 27th, 2022, 9:03pm
Rating: 6.0  / 10.0
basically, bad execution but with a well-intentioned message at the heart of the story: hate comments online can ruin someone's career, mental health, and affect an entire family's well-being and there should be more social awareness about one's online actions, doing the right thing, not just believing what the media tell you, etc.
the cons:
there were ridiculous plot holes and over-exaggerated expressions everywhere.
the characters were all hard to like except for SoYi. our main character Hyeseong is apathetic and "kind of" develops - actually no, he doesn't really develop all that much. he helps out the victim Hana because it's more exciting than his boring mundane life. he's still the same from the first episode for the most part.

general overview from the synopsis:
Our MC is a freshman in high school. He finds life so much more boring than gaming and wishes the school would just blow up from a missile. He thinks of this several times throughout the story. His best friend is a bully who always punches and kicks the quiet kid in their class. In general, Hyeseong just finds it all a nuisance. However, his life gets a lot more exciting after overhearing his online gaming friends kidnapped a girl, called Hanna Choi. She's an upper year goes to his high school. He gets help collecting evidence from his year's president, a girl called SoYeon. She's super smart compared to our MC and looks really pretty too so MC has a crush on both her and Hana. Then a bunch of ridiculous plot twists happen. In the end, everyone gets their proper consequences meted out.

annoying story issues:
Hyeseong makes the most idiotic decisions again and again. the MC was painful to watch whenever he made the most embarrassing or idiotic moves. He sucks at lying so he decides to pretend he doesn't know anything when Nana (online gaming name) the kidnapper suspects Hyeseong knows about Hana being kidnapped by him. Then Hyeseong decides to meet Nana the kidnapper to try to figure out Hana's location. He gets invited to the kidnapper's house and decides to just get in the kidnapper's car and go there. The result is that Hyeseong gets kidnapped too. What a surprise. And this is just the beginning of the story. Every episode, the top comments are usually how amazingly idiotic MC's actions are.

And whenever MC sees a girl his brain is reduced to mush. He starts sweating and blushing and thinking "GAHHH IT'S A GIRLLL!!! Does she like me. Oh she touched my hand!" even when they're in danger with the kidnapper. Go figure.

The plot twists:
Spoiler (mouse over to view)
SoYeon (purple haired girl) is the real kidnapper of Hana. SoYeon hired Nana and the other gamer (Millionaire) to kidnap Hana as revenge. Hana was the one who ruined SoYeon's sister (SoYi)'s reputation by spreading rumours that SoYi's a prostitute. The news media and online hate comments get out of hand and SoYi's reputation tanks and her idol career gets ruined. SoYi has since then only played online games at home. Her parents are never home and don't care about their daughters' healths. SoYeon decides to ruin Hana's life and thus the kidnapping plot. She didn't expect our MC to overhear Hana asking for help when Nana stepped out online so SoYeon comes up with a "brilliant" plan: befriend our MC, pretend to help him find evidence against Nana, and then use Nana to kidnap him, and then frame him as the culprit. Things go awry and the rest is history: Hana reveals her true nature when MC secretly records her in a livestream (that she ruined SoYi's reputation on purpose). Nana and Millionaire go to jail, and SoYeon goes to trial for plotting kidnapping, etc. (results of the trial are not shared with the readers). MC is hailed a hero but his popularity goes down when he also tells the livestream viewers how they shouldn't be doing hate comments and be so easily swayed. 3 years later, SoYi is now attending college (after watching the livestream and realizing her little sister SoYeon is taking revenge by doing all that illegal stuff). Hana is a popular streamer far away, MC is a construction worker who skipped college, and the ending is him seeing SoYeon again, who suggests to him that they should have a "fun time." and he thinks to himself "not again".

What's with this plot?
by ekushay
December 13th, 2022, 12:04am
Rating: 3.0  / 10.0
Whoever gave the greenlight for this series to be published needs to reevaluate their choices. Everything that happened in this story was illogical and ridiculous. The ending resolved things, but it was also hilariously bad too. I have so many complaints...

Spoiler (mouse over to view)
Why are the girls' boobs so big?
What's up with all the stupid blushing and dumb internal monologues?
Why are all the characters' skin colour WHITE?
Why did Soyeon bring a HAMMER at the end, when she had other weapons (pepper spray, tasers, knockout drugs) and she could've brought literally anything else? Surely a hammer is more suspicious than a small exacto knife that can be easily hidden?!
Soyeon is so rich and can do whatever she wants, yet her method of revenge is KIDNAPPING of all things?
Why were all the plans so STUPID?!
Why did Soyeon even give a COMPUTER to the kidnappers to play games with????
The ending with blaming the online trolls was so weak LOL.

Ah, I feel dumb writing out these complaints. Nothing in this webtoon makes sense. The plot is so awful. I would just give it a 1, but I respect effort. The only good thing about this webtoon was that it was short enough.