Login to add items to your list, keep track of your progress, and rate series!
Description
A mundane office worker gets thrown into a danmei novel and becomes the protagonist's cold Master. Initially, he only wanted to spend the rest of his life peacefully, but unexpectedly, it turns out that every single character has unusual feelings for this Master?! What happened to falling in love with the protagonist?! 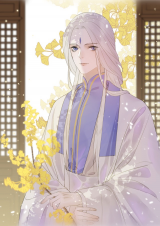 It could be longer + waste of potential + no proper conclusion given
by yukinoluna
October 26th, 2021, 9:46pm
Rating: 6.0  / 10.0
I completed the story (24 chapters) and while the story is pretty interesting and new, it honestly could be a lot longer.
Maybe I just expected something different from the story.
I thought the story would be a nice mix of BL moments and plot, but the author chose to pursue a ratio of like 95% plot and 5% BL. Now, that in itself isn't a problem since I like plot more anyway, but the way the author chose to do it was rather poorly done.

At the start of the story, the author clearly stated that the MC won't be a couple with anyone, which I don't mind as I like this sort of open love interest ending. The beginning of the story and the author's comments propelled this story into a more BL-esque story, but then a quarter into the story, the author seemingly decided to change genres and propel this story to have more mystery and "darker" themes. This was pretty poorly done as the switch was sudden and drawn really poorly. Why bother with the BL moments but suddenly switch to a dark plot (the author didn't try to incorporate the BL and the dark themes together, but rather treated it as separate and a complete shift of genre)?? The way it was drawn was as if the author suddenly decided to change the flow of the story on a whim. Also, there was ZERO information about the main character. He suddenly mentioned "transmigration into a book", "I was an ordinary worker" and that was it! There was no information about what type of book he transmigrated into, what happened in the book, how he was like in the previous world blah blah blah. Barely any information was given, which made it feel really weird because I could not get myself to be immersed into the story without even understanding the basics.
Anyway, as I mentioned, the author suddenly swerved and changed the story into "MC has a unique past" and wasted 50% of the story drawing his past. And then concluded the story with some really cliche ass shounen manga line. What was the point of the BL? What was the point of hinting that its a transmigration without explaining the story he transmigrated into? What was the point of wasting time showcasing the disciples without actually using the disciples for anything useful😕? What the heck is gonna happen to the demons? The author seemingly wanted to do a fighting plot by incorporating some lore about the demons and stuff but in the end it was just thrown to the wind. What the hell? I'm confused, because this story had really good potential if only the author knew how to execute it.

Anyway,
Spoiler (mouse over to view)
At the end, it is revealed that the MC is actually not transmigrated, but rather, the actual person, who had lost his memories and that his life on earth is actually a dream.