Note: Won the 50th Shogakukan Manga Award in the Shounen category in 2005. 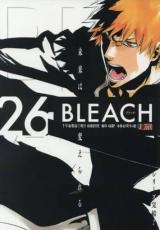 Awesome art, not so awesome story.
by dibidabua
October 13th, 2021, 1:14pm
Rating: N/A
The art and character design is great, I also love how creative Kubo gets in regards of Zanpakutos and their powers. That being said the story is not the best, it kind of reminds me of DBZ, a stronger enemy appears, so the MC trains for most of the arc, he gets a power-up and then he's able to badassly defeat the enemy.
Just like Naruto this series reaches its peak around the middle(Aizen arc) and then goes downhill, the final arc is a shitshow of "asspulls" due to the introduction of undefeatable enemies and underwhelming fights with a cast of too many characters that just don't really do much. Hell, the final arc is an asspull itself(where did the Quincys even come from after 1000 years?) and somewhat innecesary, the story could've easily ended with Ichigo regaining his powers and it would've been fine.
All in all it's fine, great art, hype moments, an OP MC and a female cast with exaggerated boobs, everything you could want/expect from a shonen.

Shame
by Cryvern
July 5th, 2020, 4:53pm
Rating: 7.5  / 10.0
Sick art, good characters and start and premise but too bad Kubo can't pull the story through. For the last hundreds of chapters it was just a mindless scroll for me, just trying to get to the end because I've already come so far.
Was this comment useful?  Yes

Nice title
by Nyxsha
October 17th, 2019, 3:47pm
Rating: N/A
i hope the anime get continue becouse its ry rly good manga, and sombody start the petition about this: http://chng.it/sVzgM4Xn9Z
Was this comment useful?  Yes

Not a good story writer
by Acradnxy
August 3rd, 2019, 2:25am
Rating: N/A
Kubo should be an illustrator or short story creator rather than long running mangaka. He's struggling with story and character developments and tend to drag the story of one arc for too long. He said it in interview that he only wanted to focus on drawing something cool and didn't care for the story very much.

If only he did shorter story on this manga, it won't suffer from bad backlashes so much. It's hurting the fans too, people wanted more of Bleach back when it came out fresh, then it went down so hard, I could feel Kubo didn't know what the direction of it then started to not cared anymore about this manga he CREATED and wanted it to be ended fast. Despite the rushed full of stupidity ending he gave us.

One that I dislike is Orihime... OMG, I used to like her in the earlier of the series, she's pretty much lovable, but then Kubo decided to give her bs powers and turned her into a goddess princess who everybody needs to protect at all cost due to how awesome she is, how beautiful she is and how big her B00Bs are, so basically a typical useless Mary Sue. Ichigo also a Gary Sue, nobody could defeat him because he's the most badass of them all.

The story from arc to arc also similar a friend needs help, go to rescue the friend, battle scene, more talking, defeat the bad guy, bad guy left, and another friend needs help again, go to the rescue, another bad guy appears,repeat repeat and repeat until Ichigo gets his final form. Then boom, ending where everyone is married and have kids. So disappointed with this series. Again, another manga that started strong then ended badly, on top of that the mangaka didn't even care about it. I get it, you want to express your ideas, but when your idea is having a wrong turn, you need to think why? How this is happening? How can I fix it? Instead of just giving up and put more bs arc on it.
Was this comment useful?  Yes

Author cannot arc well
by frostydeery
March 4th, 2018, 4:39pm
Rating: 5.0  / 10.0
I want to say first off, the character arcs(after the first) are abysmal. Stagnant, bland, done several times over(lookin at you ichigo) or dropped completely.
I can't say I hated anyone single story arc, they all had their high points i found interesting. Though they give me the badly conflicting thoughts "why the f is this taking so long" and "hold up wtf was that, author get back here and do some in depth explaining or at least put it in a extras book".
I really wanted to like the series, it kept interesting me back into looking at it, but oh my god was it failing story growth. "oh look, a elite enemy! level grind this much to oneshot the roadblock" was all i was getting after the entire aizen arc.
I'll even give credit to several of the anime filler arcs for interesting plots(manifesting zanpakto spirits was hella cool), but it just never went anywhere with the build up.

I'm not even sure where i was going with this ramble now, 5/10 it's kinda cool if you don't mind weird pace and low payoff.

Popular shounen manga that dragged on for too long
by Shonaiula
September 28th, 2017, 3:54pm
Rating: 8.0  / 10.0
I used to love Bleach. And I still do, to some extent. That is, I love it up to the end of the Soul Society/Hueco Mundo arcs, after which I feel like that manga just went steadily downhill to what many other reviewers have agreed to be an abysmal end.

My advice: Read up to chapter 423, and just... stop. Really, I think that the manga should have stopped there, leaving it on that bittersweet feel, rather than adding on arc after arc that just tried to churn out the same old formula but simply failed to keep up the hype. And chapter 423 itself is set up in a way that you can easily see it as a final chapter.

At any rate, if you're looking for a shounen manga with cool action and decent story, give Bleach a try. For all its flaws, I definitely found it to be an exciting read while it lasted.

Great action. Not so great storytelling
by DaBomba
April 13th, 2017, 9:27pm
Rating: 8.0  / 10.0
Very fun exciting fights (except for the awful final arc) but the characters lack any kind of real definition. They have backstories sometimes (the villains usually don't tho) but they still never stand out very much. Also the over all world isn't defined very well.
Was this comment useful?  Yes

Spoiler (mouse over to view)
And I am so disappointed at how Ichigo didn't end up with Rukia. They had such great chemistry, and now it's like Naruto where their kids will end up together. This just sucks. Kubo most likely just paired Ichigo with Orihime for fan service and it was easier. It would've been better if no pairing was officially made. I don't know but I'm done with my rant and thank God this manga is over.

The last arc was just terrible
by SangMo
October 27th, 2016, 10:16am
Rating: 5.0  / 10.0
It wasted time introducing too many new characters, it rushed through it, the final fight was super anti-climatic. It left so many unanswered questions. It doesn't show what happens to many of the important characters.

Spoiler (mouse over to view)
And the worst thing is Rukia ending up with Renji. From a story standpoint, Rukia and Ichigo had much better chemistry and it would have made much more sense for them to get together. And no, this isn't just me shipping them. Seems like both Bleach & Naruto suffer from terrible end pairings.

Fun start ending need more but it ok
by Hanatarot
August 26th, 2016, 10:04pm
Rating: 8.0  / 10.0
I was never really a fan of this until the anime. I was really turn off but the artwork. Kind of similar to one piece. But I gave it another shot and enjoy it. Love the comedy, the characters were fun; but one then that I really love compared to Naruto or the one piece anime.... was color. I enjoy that didn't styles and colors that was shown for this series and as I continue to read it i really got into it. After the rukia rescue arc I slowly started to watch less but it was still fun after seeing characters like nel to and I wish there was more. Hearing his mother backstory was great and the last battle was a bit rushed. However the ending is what I kind of expected. So in the end. Good read.
Was this comment useful?  Yes