Login to add items to your list, keep track of your progress, and rate series!
Description
Humanity has been gradually transported to the Abyss by a bored god to compete against other races and monsters. Problem is... Humanity failed. In a last desperate push the strongest survivors chose a comrade to travel as far as possible back in time.

The change that had started in order to rid of a God’s boredom.

The diary of Kang Hansoo who had come back in order to save humanity which had been destroyed by this change.

Reincarnator is a Korean novel that is quick paced under the genre of reincarnation action fantasy. A ... More...
Humanity has been gradually transported to the Abyss by a bored god to compete against other races and monsters. Problem is... Humanity failed. In a last desperate push the strongest survivors chose a comrade to travel as far as possible back in time.

The change that had started in order to rid of a God’s boredom.

The diary of Kang Hansoo who had come back in order to save humanity which had been destroyed by this change.

Reincarnator is a Korean novel that is quick paced under the genre of reincarnation action fantasy. A novel situated in a world located in another dimension after the original world goes through an apocalypse. A ‘God’ decides to relieve his boredom by creating a whole new world where countless races from numerous worlds and dimensions were poured in, the Abyss. Humans were one of the weakest and most feeble races of all within the Abyss but their potential for growth has helped them survive. Alas, almost all of the last remaining humans have been hunted down by the strongest races of the Abyss, the dragons, and demons. The few remaining members find and reach the Space Time Crystal, an artifact that can send one person back in time.

A novel about the main character going back in time to redo everything humankind has done to ensure the survival of their race in the future. This novel actually hits a lot of different genres as it attempts to integrate romance, comedy, gaming, action fantasy, modern fantasy and more. Please give it a chance! Less... 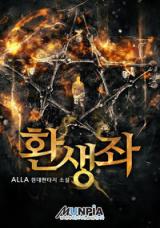 starts well ...
by Joese
September 13th, 2020, 6:15am
Rating: 1.0  / 10.0
I really liked how it started since it looked it would be like an "end of the world survival" set in a fantasy world and the main focus wouldn't be on the stats and rather correctly managing and organising the remnants of humanity. But he ends up obsessed with clearing all the 'secret quests' and going for the perfect character build. The MC ends up being "neutral" (in a strange way) with other characters whom always end up thinking either:
-" wow the MC is go great lets die for him"
-"lets do a suicide attack against that insanely strong person"
Without him doing anything noteworthy to gain anyone's trust

If you don't read carefully ,you might think he goes from weak to strong but actually on the first chapter,you get to know that his trait lets any 7 skills reach absurd heights .

Big spoiler:
Spoiler (mouse over to view)
later on you get to know that he is the only human with a bullshit ability that lets him transcend naturally

It was one of the most known Korean WN but since there have been way too many of them copying each other making most of the original elements of this novel cliche .Omniscient reader's viewpoint is copies most points(the start,the faries,transporting thousands of people in 'waves'...), but the author actually puts some thought on the other characters apart from the MC and relations between them are not so one sided (It was also finished after).

It's true you could blame the translation for the storytelling not being too smooth ,but there are way too many unnecessary points of view and may lame thoughts of other characters on the mc. You can feel how the author put a lot of thought into everything the MC does, this is more evident since he almost never does the same with the rest of characters and they usually fall into the MC's grasp.And most of his prior information is never questioned and it doesn't really make sense it's so precise.

But it's also quite dull of him (author) not using MC his previous experiences at the start it's always relying on others knowledge (since the MC did survive the tutorial with the same people and his actions there don't affect the development outside).

The author/MC thinks way too much on what he does ,but he disregards the actual outcome (none of the other characters seem to see this either).

I really couldn't stand how he managed the end of the first part of the tutorial it was the first nail of the coffin:
Spoiler (mouse over to view)
part one: 200 start 70 finish
Supposedly his interventions saved many of them but he ends up killing the 10 strongest, the only gang that had formed and the second strongest of his own group and the 15 weakest survive (and almost 100% excluding his group will die in the next part)

part 2 :he kills more than 10 people even though there was the possibility of a strong opponent hiding to see his actions or someone with the ability to communicate outside

Using that same reasoning he should've killed everyone at the first part or at least farm runes from monsters (he gains nothing apart from the artefact in the last 70+ hours(three days, which is most of the tutorial)and has only 6 cigarettes left by the end of the second part) any flat boost artefact or weapon would've

Another thing that bothered me has how the author keeps using the same expressions with different characters (like
"you don't need 100 words" ), or when a female character appears he always says something like "you'd expect her to be weak since she's a gir,l but in this world..." or "She could do... even though she was a girl"

Legend
by 56lulu
April 24th, 2020, 6:37pm
Rating: 10.0  / 10.0
This wasn't the best written book but it was amazing and hooked me in quickly. The romance is at the far far background and isn't the main focus. Action-packed and super interesting.
Was this comment useful?  Yes

Only one flaw
by azeth
September 7th, 2016, 1:16pm
Rating: 10.0  / 10.0
The only significant flaw to this novel are the sub-par translations. Everything else is pretty much on point. The story grips you as there is a defined goal since the first chapter and we follow the main character as he sets out to do it. This goal isnt something stupid like becoming king of the ninjas or whatever, but rather the salvation of mankind as we know it.
One of the things I like the most is that the main character isnt trying to save mankind by himself(although he is in a way) but rather he is trying to make mankind strong enough to be able to save themselves.
Was this comment useful?  Yes

The story is good, the writing is so-so
by enaikelt
July 11th, 2016, 7:56pm
Rating: 8.0  / 10.0
I can't tell whether it's the translation or if the author just isn't a very good writer, but reading this is a lot like reading an edited Google Translate document, especially at first. Which is to say, it's painful. It's probably a bit of both; the flow is choppy and there are a lot of grammar and spelling errors, but there are also a million characters to keep up with, many of whom die, and all of whom are difficult to keep straight.

It's a shame, because the plot is gripping, the world is interesting, and the MC is likable if somewhat overpowered. Besides, I have a weakness for this sort of story.

Good
by rhin33
May 28th, 2016, 2:26pm
Rating: N/A
Surprisingly good. It starts very similar to the usual weak to OP stories but it slowly builds up into something quite solid. The protagonist has a clear goal and doesn't do things half way or without a reason. No echi/harem crap. There are some pacing issues but as a whole it is entertaining

Favourite Light Novel
by Sosseres
April 4th, 2016, 11:45am
Rating: 9.0  / 10.0
This is currently my favourite light novel (c73). Primary reason I like it is because it has an MC with an overwhelming goal that is planned out. So he always has something that needs doing regardless of the cost.

Secondly the world is very interesting with different environments and threats early on cascading into Shadow of the Colossus. The constant threats from monster along with sporadic help from humans make for a nice story.

The cast around seems mostly believable, you don't get to meet them all that much but the MC needs people to fulfil his goals thus making their survival important.

All in all I have a hard time pinpointing why I like it as much as I do.
Was this comment useful?  Yes

Not a read for goody two shoes kind of people
by orario
March 20th, 2016, 5:58am
Rating: 10.0  / 10.0
People all over the world are transported by the so-called god into another dimension. A world where the strong survives, the weak dies. As simple as that. In Otherworld there's no room for kindness, trust or moral values because the fear of death wiped out clean everyone's conscience.

Expect violence, betrayal, killing and even mentions of rape. This world is governed by the Law of the Jungle...and fairies, let's not forget the fairies lol

It does look grim, but it's not an agsty read. Hansoo, the MC, goes back in time with the mission of preventing humanity from going extinct.

However, he is not a hero. To accomplish his mission he will often do seemingly despicable things or make his heart as a stone in front of others' pleas of help. Because he doesn't care about minor sacrifices. What he cares about is the greater good, the final result.

As for the power system, people can kill monsters or even other people in order to get runes. There are many types of runes which upon being "eaten" would increase someone's stats (strength, agility, mana, magic, stamina etc). Some runes can also offer various skills.

Anyway, that's a short explanation, there are also other factors coming into play (artifacts, items, missions etc). Just read the novel to find out more

Its pretty good so far, its a grim mature survival story where humans gets pushed to their limits and their true mettle is shown.

Im around chapter 200 now and unfortunately the writers style changes significantly after around the first 100 chapters. From mature/psychological to shounen with gore. Still worth checking out but it doesn't keep it´s high quality.