Login to add items to your list, keep track of your progress, and rate series!
Description
The calm, composed and shrewd restaurant owner, Hatakeyama, is in love with Yamasaki, the cool, beautiful chef from a rival restaurant. In the past, Hatakeyama tried to embrace him and Yamasaki hates him for it. Despite this, Hatakeyama refuses to give up and aims to start again as friends. Although Hatakeyama often asks him out to eat, Yamasaki still doesn't show any interest in him... but what happens when a cool, good-looking fellow chef appears? 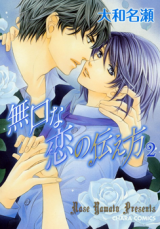 Much better than the prequel
by OmNom
June 15th, 2017, 1:44am
Rating: 10.0  / 10.0
Dekiru Otoko no Sodatekata was a hot, hot mess whose sole saving grace is Yamasaki, so you can imagine how glad I was to know that he got his own spin-off story, and now that I've finished reading it I'm even happier to say it's much more decent than its prequel.

It surprised me with better characterisation, proper development, insightful dialogues and monologues, and most important of all, a real story with believable drama that actually resembles conflicts you can find in real life. No bizarre situations and behaviour from so-called adults in a real-world setting, no controlling and abusing jerks forcing their lovers into submission. And the art is very good. A bit flashy, but all's in moderation so it's fine.

How this sequel's got such low ratings compared to its prequel is completely beyond me. It isn't necessarily the greatest thing in my book, but definitely worth much more than this. For such injustice I'm gonna give it a 10 to even things out a little.
Was this comment useful?  Yes

One pulls, Another pushes.
by Kinky-Chan
December 28th, 2012, 4:35am
Rating: 9.0  / 10.0
Okay, so to be honest, I totally dislike Yamasaki's attitude and personality of ignoring and not taking Hatakeyama's feelings seriously. I was annoyed to the point that I wished that I could go into that manga and give him a slap on the face. But as I read the progress of the story, my whole opinion change completely. Of course I'm still mad that he's so...stubborn and reserved but it was probably his insecurities that made him like that. He got more open with Hatakeyama his words are totally different from his actions.

As for Hatakeyama, he is indeed very, PERSISTENT!!! It's a good and bad thing since persistence is the only way to crack open Yamasaki's feelings but bad because it's kinda...annoying. I mean, he's not even embarrassed that he's doing things so pushy. Anyway, the manga is still a good read. It's cute in some way. Might be recommendable to people who have tolerance though. I don't really have tolerance for people like Yamasaki but I endured it since the climax was good.

I liked Yamasaki, he was likable and I don't see anything wrong with his personality. Hatekeyama and Yamasaki have known each other for many years and there is a history between them and that makes the plot so cute

Their relationship develops nicely and I enjoyed reading each chapter because I saw the transition to lovers.

How could anyone not like Yamasaki.....he was adorable. Hatekeyama really loves him and I like it when semes are passionately in love with their ukes. The whole manga was adorable.

Spoiler!
Edit: I have read until Ch.5 so far and we finally see who Yamasaki really is and why he has been denying Hatakeyama. He does have insecurities from his past and this just makes him more complex. You have to really read into it to understand his character. Really good story.

Awful
by MaZzAx
October 7th, 2011, 4:36am
Rating: 1.0  / 10.0
I tried to like it but it was just awful for me. I did not like that dreadful Yamasaki character at all and I don't think the plot was very exciting. It would have been more interesting if the other hot chef had got together with Hatekeyama, I just felt it was a chore to read.
The art was nice, but the characters and the plot were dull. I'm afraid I can't rate it higher than 1 because there was nothing I liked about it.
Was this comment useful?  Yes