Login to add items to your list, keep track of your progress, and rate series!
Description
An unparalleled beautiful dominant super rich omega suddenly came into my very ordinary life! "30 minutes. If you manage not to beg within that time, then I'll send you home." And just like that, he's ignoring the fact that I am an alpha? I really hate people like him... so, so much! I hate him, but then... Will this romance be all right?!

Important Note: The author has announced the series is getting an official translation release, date not announced as of yet 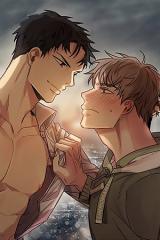 Inconsistent
by Yamara
March 3rd, 2022, 2:55am
Rating: N/A
Okay so this is an odd one.
It's a sweet story for the most part but certain things...
For starters, the characters personality at the beginning seem to drastically change after a few chapters... With no real reasoning...
Secondly, certain plot points seemed to get abandoned or forgotten? The cat murdering storyline seemed to have been... Well...
Spoiler (mouse over to view)
it seemed to have been going in the direction of
- the perp seemed to personally know oh
- he was building up the threats more and more, even leaving a "dead cat" INSIDE ohs home
-but then that storyline got wrapped up with a one off sentence off the tv of him getting arrested and that was the end of it???
It made absolutely no sense to build it up that way and then make it disappear.
Additionally, the sunbae.
Spoiler (mouse over to view)
This dude was teased to be extremely evil essentially, and was pulling all these strings and digging up secret info...
And then he writes an article which doesn't even go public....
And then he offers oh some sort of high paying job??? Like... It was teased that oh wanted money badly and that the photo job wasn't enough starting out... And he's given this business card and told the mystery job pays incredibly well... But we never get told what this job is, we're never shown any kind of internal struggle as to whether or not he should take it for the money... Nothing. And sunbae just disappears afterwards too.
So what was even the point of that storyline😕

In the end... It was cute and fluffy but any attempts of adding drama or suspense into the narrative didn't land whatsoever and were basically pointless.
So don't bother reading it for drama or ups and downs or anything like that. Only read it if you want to read cute fluffy romance.
Was this comment useful?  Yes

Cute Story, Inconsistent Art, Horrible Fan Translation
by Jessica_desu29
December 5th, 2021, 11:21pm
Rating: N/A
This is a pretty good, fluffy Omegaverse webtoon. I enjoyed how it kind of flipped the script on the typical ABO trope, since its the Omegas who are in control, and the Alphas are more "submissive". It reminded me of deep, deep sea fish, where the female is big and the male is no more than an attached sperm-producing appendage, and the two are joined for life. LOL.

Both characters are likeable, the alpha is extremely adorable, and the omega is very cool. I think the story started off strong and then after the couple became an item, it ran out of steam just a tad bit. Still, it's worth reading for a different, non-rapey, more egalitarian Omegaverse world.

The author's drawing style got a little more haphazard after season 1, and you could really see it in how Gain's (the omega) appearance changed. He went from sexy, cool and dominant, to looking like a masculine yet pretty lesbian. LOL. He had thicker eyebrows and was roughly the same size as Hyeono (the alpha) in the beginning, but by season 2, he had pencil thin eyebrows, bottom lashes, and had shrunk in width and height. This seems to happen to ukes a lot, they always get more femme which is annoying. But overall he's still the same. I just preferred his original character design. Hyeono also seemed like he went on 30 day fast - he was shrimpier too.

However, I need to complain about the absolute horror show that was the scanlation. This is yet another example of a comic being ruined because non-fluent English users want to practice their language skills. Please, for the respect of the author and the sanity of readers everywhere, DO NOT SCANLATE INTO ENGLISH if you refuse to get an educated, native speaker to proofread. It's highly annoying to see incomprehensible text destroying what could be a good story. Outside of chapters 1 - 14 by Rose Squad Scans, which are good, the rest of the chapters are, sadly, complete sh*t. Luckily, manhwa is translated into official English version frequently so we can support the author while not getting a headache from reading nonsensical, grammatical slop from non-native speakers.

A bit uneven
by Ah_Cat
March 30th, 2021, 6:27am
Rating: 7.0  / 10.0
This webtoon is honestly pretty good. A bit messy in the plotline and art but better than average.
The story is simply quite interesting, kind of like a reverse view on omegas and alphas. And there seem to be no betas in this world, so it's literally like one person has two genders responsible for different things. The concept is intriguing, so at first you read out of curiosity, but the beginning is a bit perplexing.
The alpha is annoying. he's supposed to be quite intelligent - has good grades, is shown as a good writer and photographer - but at the same time he's just too naive. It just doesn't fit together, writers are supposed to be good at reading emotions and situations, but our little alpha is like a straight-running horse, getting drunk, crying, shouting and butting into omega’s life as if he didn't understand they have different approaches to life. He just likes his face and pheromones and acts like a dog, to whom the author and the omega are comparing him to. I know it's a common trope but in here it's just a bit too much on the annoying side. But after around 20 chapters, the story is starting to go smoother and the pace is better.
Spoiler (mouse over to view)
I mean, it's better after they get together. It starts to be cute and heartwarming. Their interactions are wholesome. Our omega is opening up and realizing that this feeling is something he is actually missing. And the fact he went to him quite fast after the "break up" and just bare his heart out and is not hiding his feelings is really nice to read. I am currently at chapter 32, when he is trying to hide the "p" (not writing the whole word cause I know people read spoilers before reading manga anyway and this would just ruin the surprise xD) from him and even this feels so in character. He is changing but at a moderate level, so of course he has his doubts. I really wish he would not do "this thing" but it's believable on a readers level that he acts like this.
Overall, I'm wondering how it will turn out. The concept is new so I hope they will go on without cliches later and keep the good pace. There are some good “character” decisions and I think the omega's character struggles are described quite well. I hope alpha's character description will also improve.