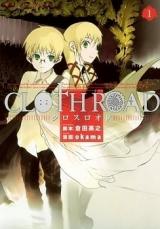 Barbie meets DBZ
by Foolworm
April 29th, 2010, 4:14am
Rating: N/A
This manga is quite something - it has the same zany plot backed by beautiful art as Air Gear or Tenjo Tenge, the latter of which happens to run in the same magazine. It is soul-sucking, that's for sure.

The series revolves around the concept of battling models (the kind wearing ridiculous outfits strutting their stuff, ya?), which is made possible by the integration of nanobots into everyday wear. The paper-thin plot takes itself seriously, which is brazen in its audacity - it goes to pieces by the end of the third volume (I think), when the atmosphere itself... Nah, I'll just say it's not quite what Al Gore meant by saving the planet, or repairing the ozone hole or whatever. The clothes is really centre stage; all the characters are just a means to design them, or display them, or wash them, or store them. Ya.

The art is almost shoujo in style and is a scream, but Okama really knows his stuff and applies it well. Make no mistake though, this is pure Shonen with a Star Wars-esque twist.... Maybe. The colour pages are garish, lavish, confusing and bewitching; pure visual candy.

Only downside to this series is that nobody has seemed to pick it up. What's been scanlated is a fraction of what there is so far, which is a shame, especially since it really goes off the deep end shortly beyond where the scanlations stop. It's when the world really gets fleshed out (Uni-Izm --> Uniqlo --> China, the irony) and the designs go from 'Ludicrous but Still Wearable' to 'Materials Engineering as Clarke's Third Law'.

In one phrase - Barbie as Shonen.

Oh, and that dark-skinned cutie who is the duo's first opponent? She's a monster.
Also, June May (April?) kicks ass - I mean, shooting changes of clothing from a gigantic cannon?

wow
by Romashk
January 10th, 2009, 9:42am
Rating: 9.0  / 10.0
It's original, intersting and captivating, although I'm greatly annoyed by main girl character... rrr... Her brother is a coward sometimes, but atleast he has screws in the right places.

The only thing is lacks is incest.
by HuhWhat
March 7th, 2006, 5:27pm
Rating: N/A
I've only read two volumes of Cloth Road (out of the 3 or so in existence) and i can't seem to recall seeing much incest. Jennifer's real cute though, and if I wasn't totally into real girls I'd totally want to make love to her image...

Oh yea, and the story's pretty decent. I really like Hideyuki's concepts, but I think the artists he chose to illustrate his ideas just didn't do a well enough job with it.

This time though, the results seems to be a bit more successful. okama is a genius. I love okama-sensei so much! D=
Was this comment useful?  Yes