The schedule. I was once again shocked to see how many totally unknown studios there are who are pumping out anime and how many of the shows are staffed by first time or barely experienced directors/writers after looking at the main credits. This industry is bursting at the seams.
The season itself ain´t bad though so let´s start with the better also-rans:

Arte is ok but better art/history/mono no aware manga are more worthy of adaptions.
Kakushigoto is alright but it is one of Kumeta´s also ran works. The Doraemon studio did this, huh.
Nami yo Kiite Kure is also ok and it´s hilarious that this Sunrise show is destined to outclass the laughable but technically "completely adapted" Blade of the Immortal 2019/20 by the same author.
There is even going to be an "experimental" 4k anime by IG on Netflix named Sol Levante that no one can bother to explain so I ain´t too hyped.

BNA: Brand New Animal (what a name) lost me after ep 2 so it fits right into Trigger´s oeuvre and into the overall bland Netflix anime lineup. 5/10

Ghost in the Shell: SAC_2045 Everyone has an opinion here, don´t they. The mo-capped CG is well animated and looks mostly good but also cheap in parts. The 2 directors (Mr. SAC is back) know their craft and SSS was a rather random way to end it so it will be up to the scripts to make this sink or swim. But isn´t it always. I remain reasonably optimistic as I liked this team´s Ultraman reboot despite the breakneck pacing.

Listeners has a solid director, is done by MAPPA and has an actually good writer. His pen committed the Tekken CG film and the new Eureka 7 film reboots but let´s look past that. The premise is… very anime. It´s about music saving a near post-apocalyptic society that forgot it. This could work but I also said that about the similar-ish Carole & Tuesday (what was that show even about?) and the industry screams for actually good original anime. These grew rare.

Dorohedoro: Ma no Omake consists of 6 5 min bonus OVAs. Better than nothing.
The Altered Carbon: Resleeved CG film is alright and looks nice but don´t expect much from the hurried script. A watch-it-and-forget-it production and don´t bother with show´s 2nd season. Dragon Quest: Your Story is as messy as it´s reputation but it sure looks nice. Game adaptations are cursed. Evangelion: 3.0+1.0 will finally release this season. The opening 10 minutes were trash and I just want to move past this. Cider no Yō ni Kotoba ga Wakiagaru, another Dai Sato joint, might turn out ok to say something positive. All in all a shoddy looking movie/OVA season.


I haven't been keeping in touch with anime for a long time now because it's easier to fit in a few chapters each day but I have to say... This and the last season look extremely unexciting...

I guess at least the isekai craze is over now?

Apart from waiting for the latest makoto shinkai movie to get on Blu-ray there's nothing I'm looking forward to.

Maybe the new season of yahari ore because the scans have been abysmally slow...

But hey, the industry being healthy is a good thing at least.

See how the graph plateaus out? The stratospheric growth has finally hit a ceiling. This year and Covid-19 will be the test of the overall market size.

The brain drain the industry faces has been talked about for a solid decade now but you can really see it´s signs year by year: https://www.japantimes.co.jp/culture/2019/06/23/films/jap ans-anime-industry-crisis-despite-popularity/#.XoH5C3LgqU k

An increase in the daringness of the produced anime has been on the uptake though and there are some real potential winners ahead when it comes to adaptations (Akira, Pluto) so there is always that. TV grade CG also never looked better and mo-cap is used more and more there. 2020 should also be the year of the original (as "original" as established IP can get of course) Blade Runner anime and that one is staffed to the gills.

The isekai wave lastly still has to ebb. Just look at the next season in the MAL chart...
"Modern" anime is frustrating but it´s worth it if you dig and things looked much less exciting half a decade ago. MUCH much less.

Stuff like Dorohedoro being adapted semi-coherently (it´s still rushed, toned down and not all new stylistic decision work) simply wouldn't have happened a decade ago. Maybe in the 00s as a 1 cour thing or in the form of an unfinished 90s OVA but that´s it. Diversity is also on the rise and that also goes for the characters you see on screen. Carole & Tuesday is a mess but the last comparable leading combo was in 2008/9 with the fairly solid Michiko & Hatchin.
The increase in core female staff members needs to be mentioned too but this is also a byproduct of an industry that ends up producing sooo much. I would praise Yuri on Ice and so on too but I can´t. Those shows really failed to nail their core themes and ho boi was Banana Fish mismanaged while we are at it.

The word anime is further being thrown around to describe a style on pretty high levels, hello Netflix, and Jo Blow Consumer is becoming more accustomed to "adult" toons in general.
Animating your toons productions in Japan as a trend continues to be dead though due to the cost explosion and has been dead for a long time. Mostly. Korea and Vietnam should be it now which lead to Korea really picking up its pace in the last few years due to the influx of money, professional animators and so on. See my brain drain note above. You can´t finance your dream anime if the work for hire US jobs leave Japan.
A clear loss for Japan but you go to where the cost can be kept low and the end results speak for themselves. Hello, again Netflix. Good with toons, meh with anime. The Netflix way!

Jojo no Kimyou na Bouken is seemingly allowed to do it´s main 6 parts (Stone Ocean isn´t announced but let´s be real) justice and even the Rohan spin-off got at least 4 OVA. The amount of shoujo shows has been on the uptick but josei works continue to be live-action only for the most part though. Rushed adaptations that try to do it "all" have become a bit of a problem while we are here. 7Seeds, Angolmois, Berserk, Blade of the Immortal,... We´ll be here all day. Not a new development but an uptick in these is easily noticeable.

The many re-adaptations of the last few years are also worth mentioning. Not all work but anime that are older than 5 years might as well have been done pre-WW2 if we go by now little interest the average new anime viewer shows in going back so I get where these come from.
Life action manga/anime adaptations are still "suboptimal" so there is that. Don´t hold your breath there kids. 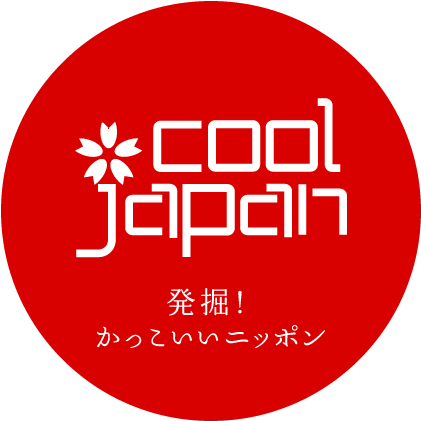 
I am looking forward to watching Kaguya-sama!

Quote from residentgrigo
The schedule. I was once again shocked to see how many totally unknown appvalley studios there are who are pumping out anime and how many of the shows are staffed by first time or barely experienced directors/writers after looking at the main credits. This industry is bursting at the seams.
The season itself ...

Back to Anime TV/Movies  Back to Top