Back to Boku no Hero Academia
You must be registered to post!
From User
Message Body
antid0te
Post #775648


Quote
The end of the 88th episode of the My Hero Academia anime revealed on Saturday that the anime will get a fifth season. The episode on Saturday was the final episode in the show's fourth season. The below video features Deku saying "a new something is awakening."
Announcement 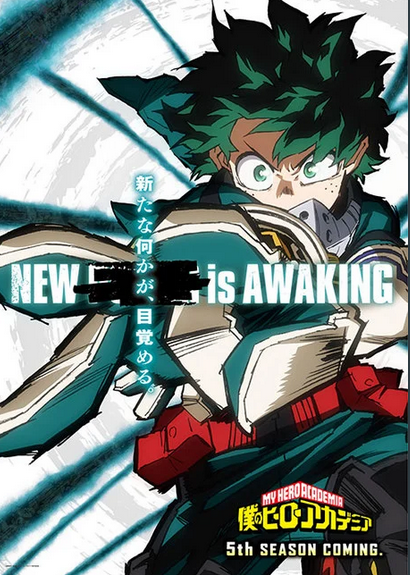 The fourth season premiered in Japan on October 12. Funimation, Hulu, and Crunchyroll are streaming the season as it airs in Japan. The show premiered on Toonami on November 9. The season had a total of 25 episodes (episodes 64 through 88 of the overall anime).

Back to Boku no Hero Academia  Back to Top