I happened to see this poll suggestion on some other site. Any thoughts?

There was lots of solid discussion in the comments for the previous poll. Didn't devolve like I was afraid it would

Age doesn't really matter to me mmm...
I never really find anyone that I can see as potential life partner, if she eventually revealed as someone 10 years older than me then so be it mmm...

Lolicons will be showed up

I could say yes, because one of my friend married a guy who's 10 years older than her.

welp, i was shocked at first, but now they're a happy family with two kids. 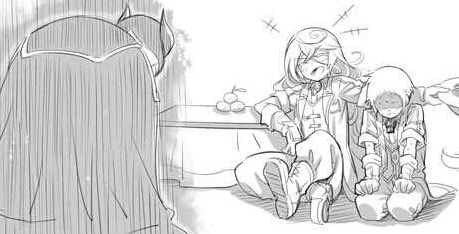 Personally, I wouldn't. I'm in my late 20s and my cap is between 2-3 years older/younger than myself. To me, it's disturbing to see a couple with a significant age gap together. It just gives off a predatory/manipulative vibe. Yes, I understand that is not the case in every relationship, but it still creeps me out; whether the older person is male or female doesn't matter. Its even worse when the younger person is in their late teens/early 20s.

Agreed. When I was a teenager/young adult I really thought I would date an older person because they would understand me better than my 'immature' peers would lol
But now in my mid-20's the thought is just gross to me. Even dating someone who is 5 years younger or older seems bad. There would be too much of a mental maturity gap to be healthy.

I think a marrying someone more than 10+ older than you doesn't matter when you reach age 30, like I wouldn't blink an eye if I saw a 30 year old with a 40 year old. They're both mature adults. A 30 with a 60+ would make me assume someone is digging for gold but it wouldn't make me think that the 60+ is a predator.

That said, since its a hot discourse topic on twitter and other sites, not all age gaps are toxic in nature, it really depends on the two people... 🙄 Not saying the possibility doesn't exist, since it definitely does, but not every age gap relationship is inherently unhealthy.

Personally, I wouldn't date someone 10 years older, but maybe 5 or so, but it wouldn't be my first choice, it would have to be someone I really kicked off well with to consider dating them...

Like the others said - depends on the couple, but mainly so long as the younger one isn't newly around 20 or younger, while the older one is 30...then it's fine.
But if it's 20 & 30...or even younger...then that does seem off - the maturity between the two and their, how to better put it, equality, isn't on par. Would feel too much as an adult taking advantage of the kid.

The same...well, different in a way, principle would apply if the age gap was too big, say, around 20 years....that's actually even more creepy than a 20yo dating 30yo 'cuz in this case no matter how mature, the younger one could easily be his/hers child.

So I suppose from 20 and above the 10+ age gap doesn't really matter, so long as it doesn't reach ~20 year gap 'cuz then it'd be like dating your child/parent, in others words - creepy AF


The best and healthiest relationship I've ever had was actually with an exactly 10 years older woman when I was 24. Even when we ended it, it was incredibly smooth, we just knew it was over and had no hard feelings to each other. So, yeah, absolutely, I would marry someone older.

I've long thought that you could maybe create a line of human age, where the distance between each year, rather than being the same, is more in line with the level of mental/emotional development/maturation.
Then you could talk about what age gap is okay/problematic/unacceptable, in terms of their the distance, on that chart, rather than a number of years.

Any relations with someone who is prepubescent, however, is out of the question, regardless of age (so even if both are the same age, IMO.
…though, to be fair, if they are quite close in age, I wouldn't really condemn either of them, or think one is taking advantage of the other, so I suppose I could still talk about an "tolerable" range, even there.
I don't think that they have the feelings necessary, for romance. (the feelings might possibly develop a bit before puberty, but… not by much, I don't think, even if they do)

Simulated romance, even fooling oneself into thinking that one is engaging in romance, sure, but… (and society does teach kids, that romance is to desired and sought after, after all, even in most children's stories …which I find rather weird, as romance isn't really something that is relevant to young kids. Older kids, as in adolescents, yes, but not younger ones)


When you reach certain age, 10 years would feel like nothing at all, especially when you're in a legal age to get married. I'm in my mid-20. If I have a partner 10 years older, he would be in mid-30, and it feels like only a number. BUT if he was younger, it means the person is a teenager, and I wouldn't do it. (Coincidentally, my friends and colleagues are from various age. This might be why I don't see 10 years gap to be a problem.)

I wouldn't like my partner to be 20 years older. But if someone did it, in my view, it still wouldn't be a big problem if they both have already in a legal age to get married.

Legal age is the key for me.

That's why sometimes I feel astonished whenever I found news about children marriage. In such cases, they were forced to get married with someone 20 years older (the "uncles" ) before they reach 18. Sometimes 12, or 13.


Also late 20s here and I have to agree with Shalesia. But I'll further add: I answered the poll for right now, not for ever in the future.

If for whatever reason I'm once again single at 70 in a nursing home, I don't think I'd mind someone who was 80 in relatively good health. Hell, even 40 and 50 doesn't seem too disastrously different. But 30 and 40? Yeah, that feels a bit predatory. I wouldn't date someone 10 years younger than me until I'm at least 50, either.

As long as it's between two consenting adults, I think it's fine but I'd be a bit of a hypocrite if I said no but again, as long as both people are above the legal age, I don't see anything wrong as long as it works and is happy.

I'm in my mid 20s and I wouldn't mind dating a woman over twice my age. I care much more about personality than whether you were born in 1995 or 1992.