Back to News  See threaded view
You must be registered to post!
From User
Message Body
lambchopsil
Post #791064


This week's poll was suggested by jacob66. There's been a lot of series that explore playing with virtual reality, of which some examples are Sword Art Online or Ready Player One, possibly getting "stuck" in the game. If those games existed, would you play them? Or would you avoid them because of the dangers to your brain?

Yes and Brain-computer interfaces already exist. Since the 90s. Where we are now: https://www.independent.co.uk/life-style/gadgets-and-tech /brain-computer-interface-braingate-b1825971.html

The scientifically bogus examples of the more real than real-life VR spaces in .Hack, Matrix, Snowcrash or Megami Tensei to name older examples won´t come any time soon but extremely advance VR tech that requires limited interaction from the body is in our near future. Maybe not consumer grade as gaming VR is still moving slowly.

In a world where this was an established technology already? Absolutely. Give me that SAO Log Horizon 1/2 Prince RPG Ready Player One ARK Moonlight Sculptor full dive VRMMO bullshit. If someone came out tomorrow and said they just made this, or are going to start working on this, hell no. Besides the usual safety concerns, I don't want companies to directly harvest my data directly and sell it to advertisers or worse.

I would have to say no based on what I have already experienced with motion controls and VR. The games are going to be terrible for one reason or another (Or uniquely good at best), most of it happening as a result of developers overthinking how people can "play" a video game. Especially when there's a reason why the standard control scheme hasn't evolved in almost 40 years: 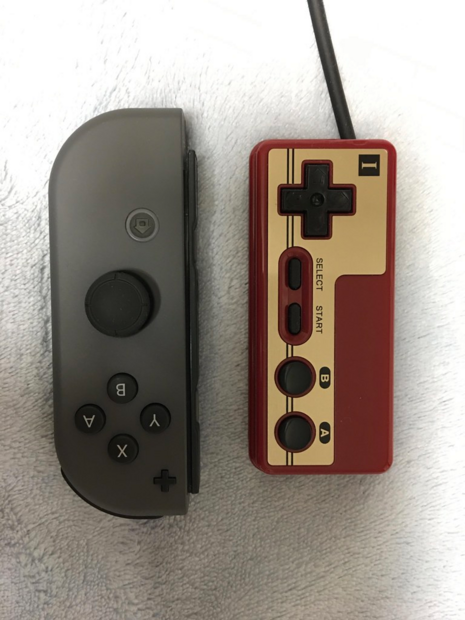 Also, few will want to pay hundreds (Possibly thousands) of dollars for a "brain interface" device, so it may not actually exist outside of arcades (What few will still exist by then).

It depends on how they work.
Would there be failsafes? How much testing has gone into them?
There would really be a whole slew of questions first, but since there's no "maybe" option, I'm choosing "yes", since I would at least consider it.


Yes. Absolutely. This sounds so fun.

And by the point I actually get to play such games, they most likely have the safety measures and smaller issues fixed.
Curious if I ever get to play something like a Moonlight Sculptor game or SOA world in my lifetime though...
I'll take a proper VR system, that's payable and where you can move along in real time, too, without it breaking immersion.

And at this point, I believe my old user name checks out xD


I'd play eventually, I guess. Though I would try to make sure It doesn't become my new reality. That would defy everything I think and try to achieve now.
So answer is: I firstly wouldn't but in the end give it a shot. And hopefully stop playing at some point. Though considering how much obsessed I could become over pc games. Tis best that I don't even try.

Yes, I'd really want to check them out . Obviously I'd wait till they're safe and other people have testes the model I'd use for some years. We've all heard of exploding phones and wrist watches ... or some other nasty consequences biotechnology /drugs that were initially safe can have on us and were found years after their release. Just remember how even current games can in some cases cause seizures.

I heard there were some advances in a technology that would let us control with the mind the computer oriented for disabled people with Tetraplegia or deseases that eventually cease all the motor functions. They calibrated it with a monkey , first giving him a joystick and then after the calibration and he could play pong without the joystick .And saw on TV some implementations of headphones that influenced our balance/spatial awareness.

Though I think what the question refers to is maybe a console that forcefully knocks us out and makes us feel stuff like pain similar to the ones described in manga or in sci-fi like the cinemas in Aldous Huxley's "Brave New World". I definitely wouldn't try those, I feel it's completely unnecessary. They'd also imply some disturbing things like externally manipulating our minds. There are many sci-fi examples that go from practical to totally insane ways even the most basic mind altering could influence us (Ex.: Inception, Total Recall...).

Thought for this technology to reach common folks like us, there would need to be a huge investment of capital which is rather unlikely. 😢


I'm not really a gamer.. I only played Pokémon, Professor Layton, and Plants vs Zombies at best. 😅 But does the virtual game here means the same kind of game like SAO? My answer is no.

1. I never really enjoyed playing the "mid century world where dungeon, guild, and elves exist" kind of game, so I don't think I'm interested to play that kind of virtual game?
2. I enjoyed playing what I played, but I don't feel the urgent to "feel/sense" them in a virtual reality game. For example, I would prefer if Pokémon to be exist in reality, rather than virtual reality.
3. I bet the console would be expensive, maybe even more than PS5's current price. I don't think I would be able to afford it. Lol.

As horrifying as some of the sci-fi consequences common to VR-centric manga are, they're just not realistic. Anything that made it to market would be incredibly thoroughly tested and the worst possible outcome would be electrocution caused by a power surge (like lightning striking a nearby power line. while there's a cable connected to your brain? Yeah that would admittedly suuuuck)

With that said, I'd never ever ever ever consider becoming an alpha tester because sending the wrong signals via a direct neural connection could admittedly fuck you up (not in a scifi way, more like a seizure way).

I have epilepsy, I don’t need any breakthrough seizures due to technology messing with my poor delicate brain 😬 I think I would be uncomfortable with that level of detachment from reality as well.