Why do some people dislike vegans?

What people dislike are people who push their ideals on them.


If you're a vegan, nobody cares.

If you're a vegan that goes to a straight-up burger shop demanding a vegan-burger when there is no vegan-burger on the menu, that's when you'll start to be 'disliked' in the eyes of many.

...What's annoying about SOME people who are vegans/vegetarians (definitely not all) or want to become vegan/vegetarian is that they're already rather thin/skinny and then they go on that diet and work out and they look anorexic.

That's not even remotely close to anything I'm trying to say, but sure, I can see where you're coming from... in a really, REALLY general sense, I guess.

Quote from Badkarma
That's not even remotely close to anything I'm trying to say, but sure, I can see where you're coming from... in a really, REALLY general sense, I guess.
I'm pretty sure that guy meant to reply to the thread in general lol and instead replied to your post. 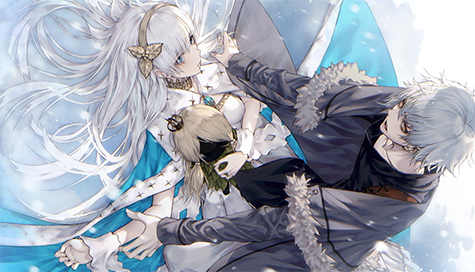 Quote from LawX
You are like the dense main character in a shoujo manga.
Quote from Crenshinibon
And you will murder someone one day, pika. If you're my daughter.
TofuQueen
Post #652681 - Reply to (#652624) by starsked

Quote from starsked
"Are you an anarchist/ atheist/ vegetarian?/ vegan?" Are things that people usually don't have to ask others, because some of them will tell you whether you want to know it or not and maybe even boast about it.

Just as a practical issue, IMO it's better to let people know early that you're vegetarian (or vegan, or allergic to certain foods, or whatever dietary restrictions you may have for whatever reason) as it helps to avoid later food-related awkwardness.

I've been vegetarian for ~20 years now, & most people around me are non-vegetarian (except my kids, all 3 are also vegetarian). I think I've avoided being preachy pretty well - but - the reasons I became vegetarian are important to me & if the topic comes up I will definitely say my piece. (I don't feel it's right to kill animals for food when there's so much other food to eat, plus a non-meat diet puts MUCH less stress on the planet.)

Well I have to say I really dont care what anyone else eats, being vegetarian for some 20 years I have however gotten a lot of abuse. I have never been at a work place, school etc without people thinking they have some kind of right to bitch about me being vegetarian. So I call bullshit on it being about vegans pushing something on people.
I grew up in a meateating family and have been on both sides, and I never see meatpeople being harassed about their dietary choice on a daily basis. It is also very very obvious that people feel threatened and uncomfortable when you tell them you dont eat meat. All I can say is if you feel guilty about eating meat thats on you,
I usually avoid this conflict at work but every now end then someone pushes me to the limit and I have to take a stand for my own sanity and well being.

I think both the annoyance of making different foods and the preachy attitude, It's like the religious people that just can't seem to live without explaining that you'll go to hell.

So if you are vegan and people seem to dislike you for that, then maybe you'd need to shut up about being vegan. And accept that people don't like cooking for you.

Mad With a Hat
Member

Because there's a fringe minority in that movement that's completely and utterly crazy.
Look, I'm not saying I'll automatically dislike if you tell me you're a vegan/vegetarian, but I might raise an eyebrow. As much as I love animals (and don't you grass eaters tell me I don't), I also love their meat.
When I enjoy a good steak, I think of the cow, sheep or pig and how I wish they would've lived - pasturing in a green meadow. But alas, it is not the case. I respect their sacrifice and enjoy their flesh.
I can't give that up. The alternatives are not good enough. I get depressed if I don't eat meat for too long.

But let's get back to the crazies in that circle.
They're the ones who appear on the media doing crazy shit like breaking into places and trying to release cows, or chickens or whatever. Where are these animals supposed to go? They won't take them in, so they'll just die somewhere in a ditch - alone and afraid.
Those vegans (and I bet many others) believe they're better than anyone who eats meat.
I don't think so. Just because you want to chew on grass - it's your issue. I don't care. Mind your own business. But do they? DO THEY? They don't. They'll be up in your business preaching and moaning and dancing around the topic of why I'm the most terrible person in the world.

Well, let me tell you something. People are animals, too. And as other animals, we have just as much right to eat meat as a lion does.
Sure, people are terrible and cruel, but it doesn't mean we don't deserve to enjoy a steak.

I don't know anyone who's vegan by choice, but I am friends with a bunch of vegetarians,
who only preach when they're preached to.
Vegans are more extreme though. They avoid a very large variety of foods, and tbh, I think they're malnourished and cranky because of that. Your brain needs dem fats, yo.

I will mock you if you're a pescatarian though.

And if the world were black and white,
you would be my rainbow in shades of grey.

If I had a fantasy self, it'd be a tentacle monster.


People are seriously equating vegans with eco-terrorists in here? Yes, because they cannot be mutually exclusive.

Quote from Myuym
I think both the annoyance of making different foods and the preachy attitude, It's like the religious people that just can't seem to live without explaining that you'll go to hell.

So if you are vegan and people seem to dislike you for that, then maybe you'd need to shut up about being vegan. And ...
... And apparently it's okay to discriminate against someone for what they eat, too.


Quote
... And apparently it's okay to discriminate against someone for what they eat, too.

Where did I say that?


Quote from Myuym
I think both the annoyance of making different foods and the preachy attitude, It's like the religious people that just can't seem to live without explaining that you'll go to hell. So if you are vegan and people seem to dislike you for that, then maybe you'd need to shut up about being vegan. And accept that people don't like cooking for you.
Unless you have a vegan family member or partner, it's unlikely that you'll be cooking dinner for vegans that often. If occasionally making vegan food rather than hamburgers truly makes you resent vegans, that says more about your personality than it does about vegans.

My current gf is vegan. She's also an attorney specializing in animal laws/rights and environmental issues. She does it for herself, and I'm fine with that. When out with friends, she doesn't throw a fit when the rest of us eat meat or dairy while dining, and we in turn make sure that whatever restaurant we go to has vegan options. She brings her own carton of soy milk whenever she stays over.

If you've chosen veganism for health, ethical or environmental reasons - animal protein intolerance of some sort, killing of animals, rearing of livestock for milk/eggs/etc, wastage of farmland, blah-blah - then fine. More power to you, as long as you know your limits.

By limits, I mean you don't go into a Thai restaurant and demand they serve you something with no eggs, fish sauce, shrimp paste or anything else that makes Thai food Thai. If that's the case the owner has all the right to kick you out and tell you to graze on grass growing by the sidewalk.

If you're vegan simply because your favourite celeb like Beyonjay (or whatever his name is) is doing it, then I suggest you seek help. By help, I mean you come to me and pay me to beat the crap outta you with a metal bat, after which I'll make you go line up for an iPhone.

Fwiw, I don't mind dining exclusively vegan every now and then. I'm a big fan of tofu, and almond milk is absolutely divine!!

Obviously, not all vegans or vegetarians do this, but a large percentage of the ones I've met have... and it's just unbecoming of a person.

Some people just need to stop worrying about what other people do, and just simply make choices for their own lives.


Quote
So if you are vegan and people seem to dislike you for that, then maybe you'd need to shut up about being vegan. And accept that people don't like cooking for you.
Right here, if people need to "shut up" and accept that people don't like cooking for them you make it seem as if they suffer from some imaginary disease which they should be shunned for or that they should be treated like lesser citizens. I never knew there was such strong feelings against vegans, although I was aware of the stereotype, good thing I'm not one.

As many have mentioned already, the preachiness, but also, in the western community it is largely different. In countries where the majority are omnivores, seeing someone restricting themselves from an entire body of food seems odd. It immediately brings up the question why? This why can be pure curiosity, or it can be from people that honestly don't understand what being vegan is about. The answer often leads to more questions, it's simply the difference in views.

I'm not vegan for many reasons, but primarily I like the taste of meat. It is simply easier not being vegan. People often become vegetarian or vegan without realizing just how much effort it is, and then they are surprised when things happen due to their lack of research.