20 years ago, there were two forces who fought against each other - the Eve "Balance" and the Evil Knight "Imbalance". The Evil Knight strained to destroy Eve who maintains the nature, peace, equality, and beliefs of the world.

To prevent the Imbalance from destroying the world completely, Eve extracted herself to 5 to preserve her existence in the world. Contrary to the people who support Eve, there's also an organization that supports the resurrection of the Evil Knight even though he's long gone.

This story revolves around a boy named Xavier who is one of the prime suspects for being the Evil Knight. 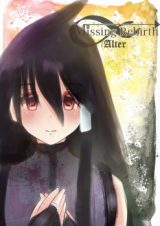