The forbidden city is dangerous, that's what we hear about it. Koza know that but he’s ready to brave it to find his big brother. Hopeful, he goes looking for him without suspecting he’s following the footsteps of a ghost. 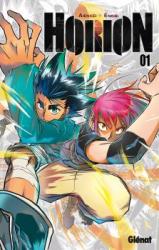 In ancient times, the "Summoners" lived in harmony with humans. One of their powers was to summon and control chimeras. But one day, the frightened humans decided to eradicate the race. The persecution lasted for hundreds of years. Talli – a descendant of the Summoners – was spared, since she was still a baby: Lord Koska adopted and protected her. But 16 years later, her life is set to change when her adoptive father's castle is attacked. 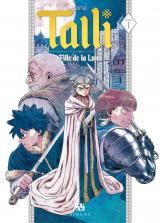 Remnants of an extinct era, giant petrified deities called "The Watchers" dot the world. The destructive energy that continues to emanate from these frozen colossi is coveted by the Kingdom of Solaris and its dark designs. Aware of the danger of the Watchers, Neer, a lonely young warrior, stands facing the armada of Solaris. His path will cross that of many allies and enemies, without ever turning away from the same goal: to prevent a war against the "Higher Sky" to breaks out! 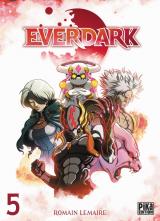 First days of baking for Arty. Phinea's law requires you to learn a real trade in order to become a good citizen. Only, at 16, the boy dreams of something bigger. Faced with his tyrannical master, strange and powerful abilities emerge. Would Arty be the heir of Tinta, this magical energy which governs all law on Phinea?
To unravel the secret of his powers, the young man will have to embark on a desperate race for his freedom, face courageous inhabitants who attack only in groups, run without any spare underwear, team up with a fountain and succeed in dodging his mother. Will he become one of those legendary Tinters who rule the roost? 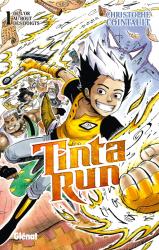 In the Yellow City, factory smoke clouds the sky. Young Theo has never left the city or seen the stars. He's always dreamed of adventure, but eventually he has to face reality and start working at the Chikuwa Repair Shop. Then, everything changes when he finds a little girl with a single wing — an injured angel who's lost her memory! Perfect for fans of Studio Ghibli and Final Fantasy, enter the poetic world of Beyond the Clouds!