Komi-san is the beautiful and admirable girl that no one can take their eyes off of. Almost the whole school sees her as the cold beauty that's out of their league, but Tadano Hitohito knows the truth: she's just really bad at communicating with others.

Komi-san, who wishes to fix this bad habit of hers, tries to improve herself with the help of Tadano-kun.

From Manga Translation Battle:
Nagomu Irino returns to his Kyoto home for the first time in ten years when his father is hospitalized. Nagomu is eager to take over Ryokushou, the family's Japanese sweet shop, but he's instead asked to be a father figure to Itsuka Yukihira, the girl everyone calls the successor. 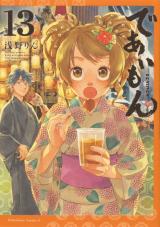 Yukimura Shinya and Himuro Ayame are two scientists that want to find out if love can be solved by a scientific theory. These two scientists also have feelings for each other and want to be able to understand their feelings through similar theoretical facts. With this perfect opportunity, these scientists will attempt to solve the theory of the love they express for each other.

An experimental-sciences love comedy with laughs and kyun kyun with the laboratory where individual researchers come together as a stage. 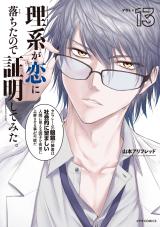 Miyano is a high school student with a secret–he's a BL fanboy. He's passionate about his hobby but doesn't share it with others easily, until a chance encounter with a quirky sempai named Sasaki brings a new friendship. Sasaki doesn't know what the heck a 'seme' or 'uke' is, or why he should be worried when Miyano threatens to draw doujinshi involving him, but he's eager to learn about his cute new friend's hobby!

The school nurse, feared by everyone, with her white underwear peeking out of her black tights.
And then she caught me peeping at it….. Thus began the s.e.c.r.e.t afterschool counseling.

Within the winding streets of Kyoto's geisha district, there lives a 16 year old girl named Kiyo. After failing to become a Maiko, an apprentice traditional Japanese performer, Kiyo works as the caterer for her troupe. This is the story of her daily life.

In a world where everyone takes wonders like magic spells and dragons for granted, Coco is a girl with a simple dream: she wants to be a witch. But everybody knows magicians are born, not made, and Coco was not born with a gift for magic. Resigned to her un-magical life, Coco is about to give up on her dream to become a witch … until the day she meets Qifrey, a mysterious, traveling magician. After secretly seeing Qifrey perform magic in a way she’s never seen before, Coco soon learns what everybody “knows” might not be the truth, and discovers that her magical dream may not be as far away as it may seem …

Note: Nominated for the 11th Manga Taishou Award in 2018. Won Best U.S. Edition of International Material - Asia, together with Cats of the Louvre, at the Eisner Awards in 2020. Won the Best Manga Award at the Harvey Awards in 2020.

When an orphan encounters the eldritch demon Shub-Niggurath, the "Black Goat of the Woods with a Thousand Young" offers him one wish. His request: "Become my big sister." 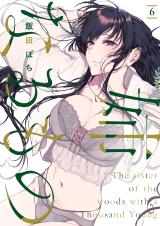 One day, a fourteen year-old girl was kidnapped... or so the police have been lead to believe. Actually, she tried to run away from her abusive parents and was helped by her stalker who then shelters her in his apartment. Although he considers his actions as kidnapping, the girl is happy about the situation and proposes to him, with the condition that if they are caught, they will commit suicide.

Among the class transported to another world, Nagumo Hajime is an ordinary male student who didn't have ambition nor aspiration in life, and thus called 'Incompetent' by his classmates.

The class was summoned to become heroes and save a country from destruction. Students of the class were blessed with cheat specifications and cool job class, however, it was not the case with Hajime, with his profession as a 'Synergist', and his very mediocre stats. 'Synergist', to put it in another word was just artisan class. Being the weakest, he then falls to the depth of the abyss when he and his classmates were exploring a dungeon. What did he find in the depth of the abyss, and can he survive?

An immortal being was sent to the surface of the earth and met a boy living alone in the middle of tundra. The being can take the shape of dying things, but only if the "impetus" is stronger than the previous one. What sort of experiences and meetings will the being encounter while living forever?

Since ancient times, rumors have abounded of man-eating demons lurking in the woods. Because of this, the local townsfolk never venture outside at night. Legend has it that a demon slayer also roams the night, hunting down these bloodthirsty demons.
Ever since the death of his father, Kamado Tanjirou has taken it upon himself to support his mother and five siblings. Although their lives may be hardened by tragedy, they've found happiness. But that ephemeral warmth is shattered one day when Tanjirou finds his family slaughtered and the lone survivor, his sister Nezuko, turned into a demon. Adding to this sorrow, a demon hunter named Tomioka Giyuu arrived and was about to finish Nezuko off, but to his surprise she and Tanjiro started to protect each other. Seeing this oddity and Tanjiro's promising fighting skills, Giyuu decides to send them to his old mentor to be trained.
So begins Tanjiro's life as a demon hunter, bound on a quest to cure his sister and find the one who murdered his entire family. 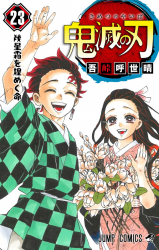 Konoe Yuuto was summoned to a different world where slave trading is legal. There, using his "Skill Taker" cheat ability, he steals the abilities of monsters he defeats, and starts building a slave harem while hoping to live a carefree life after retirement. 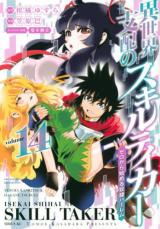 Fifteen-year-old Ishimori Uka is a very shy girl that can't stand being in front of someone. One day she meets a boy on the streets who's just as refreshing as lemon soda. He helped her when she was bullied and that boy made her wanting to change so she can properly express herself.

Kouta Takeda is a young office worker, who at the entry level at XOX Corporation is put under the direct supervision of Kyouko Takizawa, a stunning and voluptuous woman with a fearsome reputation at the company as an inflexible and cruel boss, but Takeda has the privilege of finding out that Takizawa is no iron lady, and that she's no stranger to kindness where it's dispensed.

17-year old Ichiro Sato is about as average as a student can get… except for his above-average ability to land himself in totally awkward, intensely risqué situations with his no-nonsense teacher, Kana Kojima! Ichiro has his hands full dealing with these steamy shenanigans and unexpected encounters in the most unlikely places. At least it can’t get any worse, right?

The four Golden Times one-shot prequels are included formally as Chapters 1-4 of Nande koko ni sensei ga!? in the Volume 01 Tankobon. The series continuation begins at Chapter 5. Later chapters and volumes follow the relationships of new student-teacher couples, most of whom, have associated with Ichirou and Kana in some shape or form. 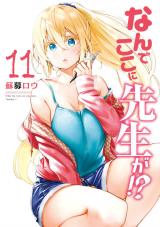 A young man who had surely died in an accident, was reborn in another world as a baby! After that, he was picked up by the patriot hero "Sage" Merlin Wolford and was given the name Shin. He was raised as a grandson by Merlin and soaked up Merlin's teachings earning him some shocking power however, when he became 15 his grandfather Merlin said: "I forgot to teach him common sense".

From Ikemen Manga:
One day, An was working at the restaurant and sees a young man propose to a woman but get rejected. His "girlfriend" says they were never dating in the first place. Soon, she meets this man again at school where he becomes her teacher! Thus begins the unexpectedly tender romance between An and Furuya! 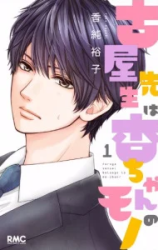 Hakuba Keijiro doesn't have any interest in girls, until he meets a beautiful girl that is also very unusual. The girl in question is dressed in an old-fashioned style, and seems to have nearly complete amnesia. The only thing she remembers is that her name is "Hiiragi." Keijiro gets his parents to take guardianship of her while they look for her real family, and Hiiragi moves in. But who is she, really? Is she a princess, come through some kind of time-slip? Is she something supernatural? Hiiragi herself would like to know... 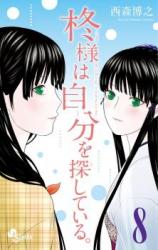 Chi to Hai no Joou

Since the last eruption of Mount Fuji, the nights of Japan, and this city, have completely changed… Some of the humans who were covered in volcanic ash became like vampires with incredible powers, and then began an era of killing and blood washing blood! Among those who have reached the height and dictate the rules of the World, Domino, the young woman who came to ruins, climbs her way to the top! The sinister and terrifying battle now begins!!!

Sakura Hibiki is a teenage girl who loves to eat, but when she notices her waistline expanding, she decides to check out the local gym. The gym is full of buff dudes…and Souryuuin Akemi, the student council president?! When Akemi tries to convince Sakura to take up weight training, Sakura resists–until she meets pretty-boy trainer Machio. Now, Sakura is willing to do whatever it takes to bulk up! 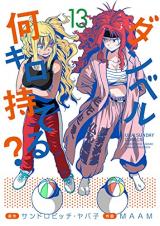 A young girl fights on the frontlines in war. She has blonde hair, blue eyes, and nearly transparent white skin as she flies through the air and mercilessly strikes down her enemies. Her name is Tanya Degurechov and speaks with a young girl's lisp while she commands the army. Tanya used to be one of Japan's elite office workers, but because of a wrathful god was reborn as a little girl. Prioritizing optimization and career advancement above all, she will become the most dangerous entity among the Imperial Army's sorcerers.

"Ethics" is the path of humanity, a principle that becomes the norm of morality. Learning is not a problem in the future. But this class is filled with the truth of life. Cool ethics teachers Takayanagi confronts the problems of students and their own stance.
New Age, teacher story!!

Sakra, the last surviving princess from the fallen kingdom of Adaar, is being hunted down by the Dhala Empire for the power of Ambrosia she possesses - the ability to grant divine strength, but only to a human. With no human companion, she decides to summon one from another world in a desperate attempt to find a marebito, a warrior to protect her, but the man who answers her call isn't quite what she had hoped for.

Enter Kai, a perfectly ordinary human from Japan. As a human, he is uniquely capable of being blessed with Sakra's god-curse and fighting anyone who stands in her way. However, it quickly becomes apparent that his broad understanding of technology is far more valuable. In this new world, which is slowly industrializing, he knows enough to help technology leap forward.