In Japan, the lonely have a new way out — online services that rent out dads, children, even girlfriends! When Kazuya's true love dumps him, he's just desperate enough to try it, and he's shocked at how cute and sweet his rental girlfriend turns out to be. But she wants to keep their "relationship" a secret, and there's a complication... she goes to his university... and their grandmothers are in the same home... and they live next door to each other?! And Kazuya finds out she's not nearly as nice in "real life"..

A man was about to commit suicide and decides to search for a way to die in the internet, but then he found an odd site that asked a lot of questions and had a point based system that allows you to create skills and abilities for a character. He took interest in it and when he finished setting his character he was asked "You will now be transported to a world with the settings you choose, coming back is not possible, do you still accept?" Then without thinking much of it he pressed YES and found himself in another world with the skills and abilities he chose to have.

Fourteen-year-old Suzuki Iruma has just been abandoned and sold to a demon by his irresponsible parents! Surprisingly, the next thing he knows he's living with the demon who has adopted him as his new grandson, and has been transferred into a school in the demon world where his new "demon" grandfather works as the principal. Thus begins the cowardly Iruma-kun's extraordinary school life among the otherworldly as he faces his true self, takes on challenges, and rises to become someone great.

Yoshino has always been treated differently because she is the granddaughter of Osaka's biggest mafia boss, so everyone is afraid of her, and she has never ever had a boyfriend.
One day, her grandfather tries to arrange an engagement for her with a boy of her age, Kirishima who is intelligent, calm and kind and the grandson of another great mobster.
In spite of everything, she decides to go live with Kirishima in Tokyo and begins to take an interest in him, but what will she do when she finds out that he is not only part of the mafia but is also a masochist?

Tada Youta, a seemingly normal young man with a background in martial arts, has his life upended when a terrifying creature drags him into another world. He's shocked to find himself in a land with castles and dragons and colored moons in the sky, where the only humans who roam are women! Not only is Youta the first man in this world for centuries, but his touch can activate a powerful desire within the women around him. Guided into this strange new land by a beautiful paladin, Youta is about to embark on his ultimate fantasy adventure. [Seven Seas]

A wealthy man, Kurosu Tokimune, meets an unnatural end.
With his death, his family joins together to grieve, only to become suspects of a police investigation as to whether he was murdered.

Their primary suspect: the adopted daughter of the Kurosu family and first to discover his body, Kurosu Tokiko. The girl who shows no distress at her father's death.
And as all suspicions point to her, the second unnatural death occurs...

It's always been this way.
Wherever Tokiko goes, people tend to die. 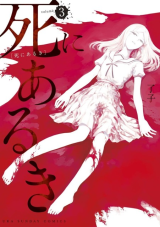 Watching the news, Takemichi Hanagaki learns that his girlfriend from way back in middle school, Hinata Tachibana, has died. The only girlfriend he ever had was just killed by a villainous group known as the Tokyo Manji Gang. He lives in a crappy apartment with thin walls, and his six-years-younger boss treats him like an idiot. Plus, he's a complete and total virgin … At the height of his rock-bottom life, he suddenly time-leaps twelve years back to his middle school days!! To save Hinata, and change the life he spent running away, hopeless part-timer Takemichi must aim for the top of Kanto's most sinister delinquent gang!!

Note: Kodansha has the Digital Volumes while Azuki and INKR will have the individual Chapters

Nagatoro is a freshman girl in high school who loves bullying her Senpai. But he puts up with it, even after being put through all kinds of embarrassing situations, because he's in love with her.

From Square Enix Manga:
Maomao, a young woman trained in the art of herbal medicine, is forced to work as a lowly servant in the inner palace. Though she yearns for life outside its perfumed halls, she isn't long for a life of drudgery! Using her wits to break a "curse" afflicting the imperial heirs, Maomao attracts the attentions of the handsome eunuch Jinshi and is promoted to attendant food taster. But Jinshi has other plans for the erstwhile apothecary, and soon Maomao is back to brewing potions and solving mysteries?

Seiichi Osabe is just a normal if not insular 14-year-old boy with a beautiful, loving mother and a hardworking father. The bond between him and his mother is iron-clad, but when an accident involving his cousin sows the seeds of doubt in his head, Seiichi begins to question whether his mother's doting nature is normal, or something more sinister and abnormal. Where do you draw the line between motherly love and unhealthy adoration? And how can you tell where that line is when your mother's love is all you've ever known?

From the author of Denkigai no Honya-san and Dansai Joshi comes a short-length comedy about Matsuboshi Raidou-kun and his seatmate Aharen Reina-san, who has problems determining how chummy she has to be when approaching other people. Get up close and personal with the small, quiet but unfathomable girl, Aharen-san!

After his parents died, Shinpei was taken in by the Kofune family. One day, he returns to his island hometown to attend the funeral of his foster sister, Ushio. Everything should’ve ended there, and yet Shinpei is told that Ushio’s death wasn’t an accident, but a murder. 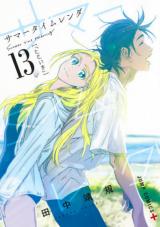 Rentt Faina was an eternal copper rank adventurer of frontier area named Lent. He's unlucky as he meets a powerful monster inside of the labyrinth, got defeated, and when he noticed, he already became a bone man《Skeleton》. Agonizing since he can't enter the town with his current condition, he's recalling about the existence of monster evolution, with a goal to gain a body with muscle, he defeats the monsters of the labyrinth.

One day, 25-year-old Hasegawa Ryou wakes up to see a holographic screen floating in front of him. The screen prompts him to save/load files and an item shop, as well as his stats. It seems like he’s been sucked into some erotic love game, since his stats depend on seducing women and “capturing” them.
After finding a target and going through game-like options, Ryou thinks he knows what he has to do to “capture” his target. Surely he needs to have sex with her, right? And yet when the woman turns out to be a murderer, Ryou finds out the shocking truth: he has to capture these women and unveil their secrets! And if he fails, he dies...

In a large mansion lives a boy, an aristocrat who was cursed by the witch to "let everything he touches die." With him is his maid Alice, who besides serving him, likes to tease him. The boy who is interested in her doesn't mind the teasing, but not being able to touch her is painful!

If they are unable to hold hands, how will their love ever bloom?
Original Manga 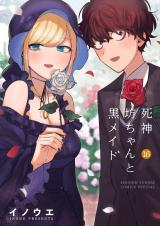 In his second to last year of high school, the dispassionate but studious, Yataro Yaguchi finally finds a calling in art. With no prior art experience, he decides to work towards to applying to an art university. A decision with potentially disastrous results.

The story begins when the gods call a conference to decide the whether to let humanity live or die, and settle on destroying humanity. But a lone valkyrie puts forward a suggestion to let the gods and humanity fight one last battle, as a last hope for humanity's continued survival. 13 gods will fight against 13 human champions in one-on-one battles to decide whether humanity lives or dies.

Yamada Hiroyuki is 26 years old, has a stable job, is an otaku, but is overwhelmed by the ideas and thoughts of his family, i.e. marriage and criticism over his childish hobbies. He decides to leave the house and go to live in an apartment, alone and happy, but the perfect image he had in mind when he moved in was destroyed when he learned that his neighbor is a yankee schoolgirl. However he soon discovers her real personalty is quite awkward and very tender. Will the story of these two advance for the better? 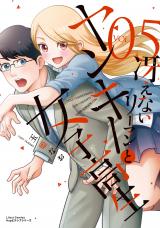 Mukouda Tsuyoshi has been summoned from modern Japan to a different world of sword and magic. He eagerly thought of what kind of a huge adventure was waiting for him, but actually, Mukouda is just a civilian who got caught in a Hero Summoning. On top of that, Mukouda’s base status is shabby compared to the legitimate heroes. Suspecting the king of foul play, as he's morbidly obese in a kingdom in crisis, apart from being war-happy, Mukouda decides to leave the castle by presenting his lack of martial prowess. The only thing that Mukouda can rely on in this world is his unique skill Net Supermarket, that can only order goods from modern Japan’s internet to the new world.

Katarina Claes, the eight-year-old daughter of a duke, recovered her past memories when she was hit on the head by a rock. In a feverish nightmare, in which the prince's fiancee was determined, she realized that this exactly like an otome game from her previous life.

With no happy ending waiting for her at the end of the road, Katarina somehow has to avoid destruction and reach old age peacefully!

Mikoto Ochiai is ready to jump off the rooftop of her high school's building after she got rejected by the boy she loves. However, homeroom teacher Jin Haiba suddenly appears on the rooftop for a smoke, talked to her and saved her from falling down. He even asked her to go out with him rather than die.

A black comedy manga about love, life, and death.

Seto is a serious kid who leads a quiet High-school life, until he starts to get teased by resident Gal Anjo.

Slime's up for one recently deceased middle-aged white-collar worker! When the gods reincarnate him in another world as a boy with magical powers, he discovers that magically tamed slime are an untapped natural resource!

High school student Kusakabe Makoto has to work all day to raise money for the treatment of his younger sister, who suffers from a serious illness. The father is unemployed, the mother ran away, leaving the children, bullying at work ... Despite all this, he does not lose hope and continues to live for her sister. But having learned that she did not have long, Makoto falls into despair. Fear of the unknown causes him to take a different look at the value of human life. 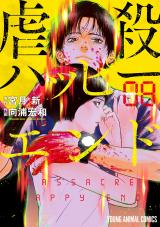