Read for free in English on Bilibili Comics

From Batoto:
Feng Yuheng, a Super-A military medical officer of Land Force in the 21st Century, travels through time and possesses the body of the second daughter of the Feng family. However, her half sister and the hostess of the family bully her and even try to chase her out of the family. But it doesn’t matter for the emperor cares for her, empress dowager protects her~ but what about that damned engagement with that prince? 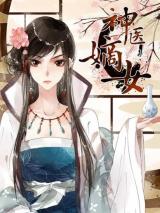 CEO Above, Me Below

Do you want to steal my genes then leave?? He grabbed her and tried to force her to hand over the child that was born three years ago.

She never had a baby? Then conceive one!

The delusional CEO's desperate love. Her inability to resist as she fell deeper... 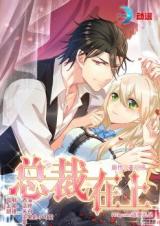 Hero? I Quit a Long Time Ago

Zero was mankind’s first real superhero. Under his watch, countless other superheroes appeared and followed in his footsteps. However, after 5 years of war, Zero disappeared without a trace. 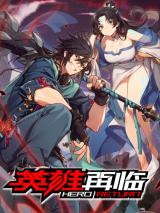 The Grandmaster of Demonic Cultivation

As the grandmaster who founded demonic cultivation, Wei WuXian roamed the world in his wanton ways, hated by millions for the chaos he created. In the end, he was back-stabbed by his dearest shidi and killed by powerful clans that combined to overpower him.

He incarnates into the body of a lunatic who was abandoned by his clan and is later, unwillingly, taken away by a famous cultivator among the sects—Lan WangJi, his archenemy.

This marks the start of a thrilling yet hilarious journey of attacking monsters, solving mysteries, and raising children. From the mutual flirtation along the way, Wei WuXian slowly realizes that Lan WangJi, a seemingly haughty and indifferent poker-face, holds more feelings for Wei WuXian than he is letting on... 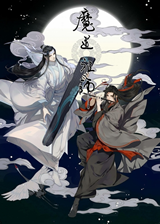 Otaku Xiaxi committed suicide because a guy in a game exposed her true identity. However, she didn't die and instead time-traveled to a game with countless handsome men. Prepare to see how an otaku transforms into a beautiful goddess! 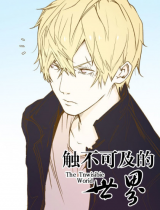 A plot created by her sister's cunning planning led to her reputation being ruined, her fiance stolen and she was even forced to marry an unknown one-night stand. What? Her husband's the...

Her sister has caused her to lose her reputation. Her fiancé has been robbed and she is forced to marry her one-night stand. What? It turns out that her husband is... 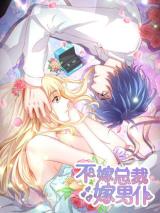 She, the leader of the hidden sect, specializes in poison and assassination. A genius, and a weirdo, in the eyes of others. After dying from an accident, she was reborn in the body of a disfigured lady. Having her identity changed and unable to return to her family, she abandoned them, but, if she doesn't take revenge on those who caused her harm, will she be worthy of the title "The Ghostly Doctor "? As clouds gather, heroes fight to be the strongest! How will she conquer the world in a red robe, and fight among the strong heroes?! 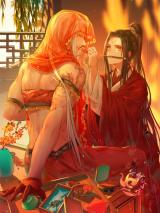 Anibebe:
A masked person taking shelter at an old temple narrates a story, about a wayward princess and her ethereally handsome consort, to a girl painting there while they wait out a deluge. 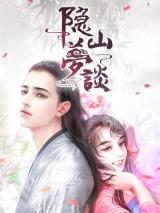 Receptioning the newcomers is a task for Yu Yang, and he ends up helping the unsociable and towering Li Huan, the kind of person that does everything to be disliked. But after better knowing each other, he discovers that the giant isn't that bad of a person at all... 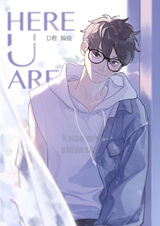 Newly weds Nam Gun Woo and Baek Mei Zhen are living together in a modest apartment on Gun Woo's salary as a news cameraman. One day when they were driving in the rain the couple encountered a beggar. While trying to help the beggar an "incident" occurred.

Shortly after, news of the "infected" began to spread. Of patients that escaped the hospital. The situation quickly spiraled out of control.

A story of love and survival.

In a small apartment within the magical city of Shanghai, by fate or coincidence, live six girls. Although they have different occupations, personalities, and even nationalities, they support and care for one another. What kind of hilarious, sweet, and heart-warming stories will happen between the three couples?

An ordinary boy won the affection from his goddess, and thus pissed off a gang leader. He got a mysterious cube accidentally and started his venture with superpowers. Helping people and punishing evils, he's getting more and more powerful!

"I've fallen in love with my neighbor's boyfriend, only to find out that they are married. Am I really a third wheel in this young couple's life?" 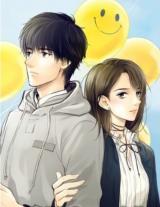 This amusing and charming story happened in 9th century, when the first and only female monarch of ancient China got the throne. We follow the daily life of Shen Shi, a kind young man went capital city Luoyang to look for his brother. To find him, he went to the Dali Court (a government institute like nowadays High Court of Justice). One thing led to another, he eventually became a secretary for Li Bing, a senior official with the appearance of a white cat. 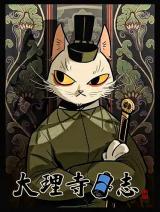 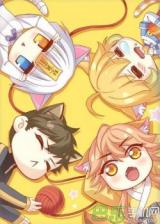 I Shall Seal the Heavens

This is about a failed young scholar named Meng Hao who gets forcibly recruited into a Sect of Immortal Cultivators. In the Cultivation world, the strong prey on the weak, and the law of the jungle prevails.
Meng Hao must adapt to survive. And yet, he never forgets the Confucian and Daoist ideals that he grew up studying. This, coupled with his stubborn nature, set him on the path of a true hero. What does it mean to “Seal the Heavens?” This is a secret that you will have to uncover along with Meng Hao. 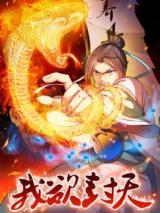 What a strange world of monsters! I was hit on the head by an incense burner, and a mysterious power woke me up inside of me! I Woke up to find my boyfriend and stepmother who have been with me all the time have started been visible to me as monsters, and when I checked with others I found out that my boyfriends monster Arura was the strongest, so now let me take you into the world of monsters for a journey! 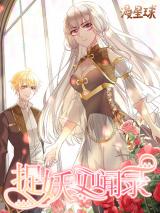 My name is Alicia・Esperanza・Cerulean・F・Louisa・Intimate Flower・The Second. Use that limited brain capacity of yours to remember this great name of yours truly. 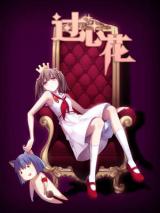 The story of them happened in such an unexpected place, a mental hospital. To escape from the shadows of childhood, he thought he would hide for the rest of his life. But someone said to him, "I won't pull you out of the shadows, but if you want, I will stay with you in the darkness forever." 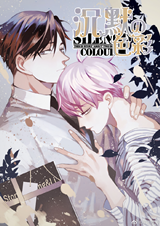 After moving into her new home, college senior Eva Qiao finds a stray cat in her basement. Rusty is your normal kitty boy. He sleeps a lot, purrs when pet, and he's also a half-human hybrid?! Abandoned by his owner as a failed experiment, Eva decides to adopt him and quickly learns she's going to need more than nine lives to handle him. 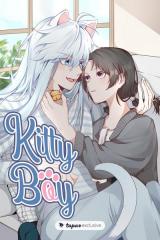 The surgeon, Tang Xiaoli never thought that she had time traveled one day! Whe she opened her eyes after time-travel, she saw a handsome guy was looking at her and said, "My empress, wasn't I good to you ?"

Waking up, she only found herself having time-traveled to a palace. Forced by a pervert emperor into bed, he told her she was his empress and belonged to him. Waking up again, she was slapped by a concubine and told to kill herself by a eunuch..."why I'm so miserable as a time-traveled girl!" 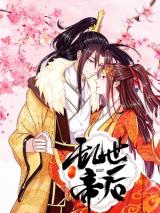 At the age of seven, the very short-lived child prodigy, who was growing too fast, returned to the immortal world to prevent his abnormal growing. From then on, with his gifted brain and wisdom he obtained from earth, he walked in path immortality to became the legendary god to return his normal life... 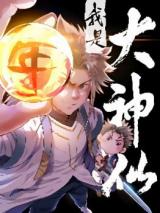 An ordinary and impulsive teenager gets x-ray vision after an accident. How will his life change? Money and power are at his fingertips. Let's see how he lives his new life without regard for anything and becomes a legend of the city! 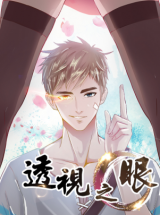 For what reason was a creature from another world called by a rebellious student.
She just wants to live and he wants to return home, but the longer they stay together the more they depend on each other and discover the sinister mystery they hide.
From: Neko Scanlation. 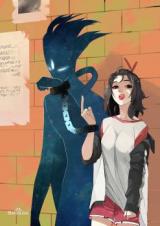