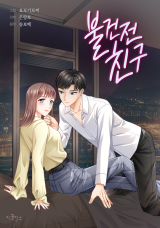 Sister, I Am the Queen in This Life 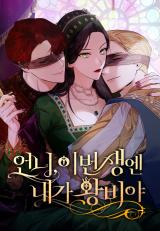 The greatest martial family, Samion. Daven, a member of the Samion family, is a one-armed martial soldier without a right arm. Despite the ridicule and contempt he got for only having a left arm, he surpassed the direct line of the Samion family like a genius. However, he got betrayed by his family and parents in the end, thus meeting a poor end. But, he was reincarnated. “I have a right arm?” He had a new family tradition. A naturally gifted body. Experience from his past life. And the god Yulion with him as well. After his reincarnation, everything changed, and a new adventure started. 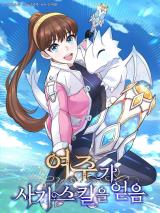 I Protect My Favorite! 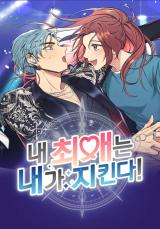 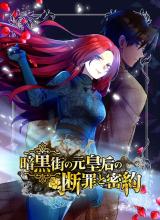 An alpha gets pregnant with his enemy's baby. 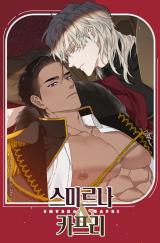 The Real Daughter Is Back

From Amethyst Gang:
Helga Eutrid, a half-blood noble born from a filthy maid of the Duke’s family, was a substitute daughter–a fake. She worked hard to become a real daughter, and continued to work harder still.

"Duchess! The real princess is alive."
"Her name is… Helianne!”

Helga prayed to God and begged that the real daughter didn’t return to take her place.

Helga wondered, was it because she was a fake that her pleas did not reach God?

“Dear God, I have prayed to you countless times, haven’t I? I implore you; do not let her return." She shouted these prayers again and again until her throat turned hoarse; but it was in vain.

'The child who will ruin my whole world…
The Duke family’s real daughter, Helianne.'

The real daughter has returned. 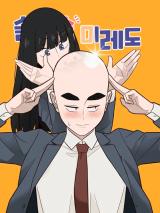 The Year of No Shopping

To My Dear Wolf (Pre-serialization)

“I never wanted this kind of body either. I wanted to be born with a big, muscular body just like a great hero…!”

The marriage of the unashamed rabbit and the honorable wolf.

Shaila, who chose a political marriage in order to avoid her father, headed to the North.

However, the husband, who was supposed to be the legendary “Black Wolf”, turned out to be nothing but a small, feisty puppy…

“Do you always try to avoid situations by pretending to be cute?”

As long as her husband was this little guy who’s soft as cream bread, Shaila had no intention of leaving the Duke’s Castle.

"Don’t worry about anything. If you can’t become a jewel, I’ll learn alchemy to help you."

"You are special to me. I will definitely make you shine."

Shaila, who knew that her husband suffered from social phobia and self-hatred, gave him confidence.

“In any case… you’re a guy who needs a lot of love and care.”

The cute, little guy grew up to be a big and fearsome wolf thanks to Shaila’s devoted caregiving…

“I’m not even the slightest bit cute anymore, because I’m no longer a little, white, baby puppy…”

"You're still a baby puppy."

"You're still a small, white, cute, little pup. At least, that’s what you’re like in my eyes.”

“What do you think, Shasha? Do you like me?”

Shaila loves even the dirtiest parts of me.

Her husband, Callion, was soon enlisted into the army. After he’d been missing for 15 years, the husband she thought was dead had returned as a strong adult man…

“Now that we’re adults, we should kiss like adults.”

Shaila blinked at Callion’s calm voice. She began to recite scripture; after 12 years of monastic life, she didn’t know anything about man and woman skinship.

"How do adults kiss?"

“An adult kiss is not just a peck, Shasha.” 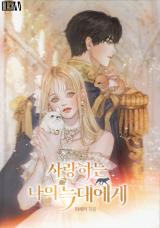 This Marriage Is Only a Contract

I Became the Tyrant of a Defense Game

The Villainess Became a Mother

I was reborn and reincarnated as the villainess of that novel? In that case, I will have to leave him before I get betrayed!

"Calix, let us break off this marriage."

"You cannot run from me, Loure."

Even though he will end up choosing another woman...

Why does he continue to haunt me?

Then there’s the unexpected turn of events of getting pregnant with Calix's child... And so, once again, I naively had the fleeting thought that I would be able to live my days in happiness.

What’s worse, I one day witnessed Calix kissing another woman.

To protect the child in my womb, I abandoned everything and set off on a journey, still unaware of Calix's newfound irrational obsession...

Note: The webtoon is R15, the webtoon will follow how the novel originally released, which was R15, after the novel was completed it was released as R19 as an ebook on Ridibooks and Naver Series