The lives of two men are thrown into chaos when the sexy Chun Duna returns to town. On one end is student Woo Haesol whose timid nature reveals a man just begging to be dominated. On the other is Professor Byun Minho, a male chauvinist who bitterly views Duna as his mortal enemy. Tempers flare as pain turns into pleasure under the watchful eye of a sadistic beauty. (Side Story Description are below)

Note:
•The Side Stories are licensed under the Main Story on Tappytoon.
•Yuri and Yaoi Tag are for the Side Stories, DO NOT remove them.
•As of July 26, 2021 Lezhin US has re-added the series back on their site, now Tappytoon & Lezhin have their own/different translations.

Side Story A/Epilogue 1:
Gyerin decides to leave behind her ill-fated first love with Doona and start anew. She quickly meets a woman who looks like her ideal type from head to toe... Is Juyeon, full of armor-piercing amounts of charm, her fortune or woe?
Side Story B/Epilogue 2:
Byun Minho watched Duna from behind as she was congratulated by everyone for winning the competition’s grand prize. Minho had always believed she was beneath him. Feeling a mix of jealousy and defeat, he went to the school rooftop to cry his heart out. That day, Cha Wookyung secretly followed Minho and watched him quietly. Ever since he saw Minho spill his raw emotions, Wookyung dreamed of claiming Minho as his. After 7 years of waiting, Wookyung’s vanquish begins now.

Known as Hardcore Leveling Warrior, Ethan is the #1 player of the world's biggest game, Lucid Adventure. But when a mysterious player kills Ethan and forces his character back to level 1, he will do anything to get back on top. New friends and old foes, as well as mysterious forces and his own dark past, will follow him as he does his best to take back what was once his.

When you go from level 99 to level 1 and start all over again.

"Those who clear quests, shall receive everything." An RPG adventure with HCLW and his allies, set in a lucid reality. 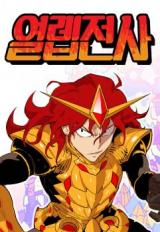 Yoonbum, a scrawny quiet boy, has a crush on one of the most popular and handsome guys in school, Sangwoo. One day, with Yoonbum's growing obsession with Sangwoo reaching its peak, Yoonbum decides to break into Sangwoo's home. But what he saw inside was not what he had dreamed of. 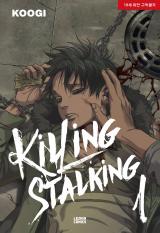 If there’s one thing Hwan Seok can’t stand, it’s witnessing injustice. But this time, getting involved with a pair of men targeting his next-door neighbor, Yerin, costs him his life. Three days after his murder, Hwan Seok wakes up…. alive! Armed with his newfound ability to be brought back to life after three days, Seok is determined to save Yerin but soon realizes he's gotten himself entangled in a plot bigger and more sinister than he originally imagined... 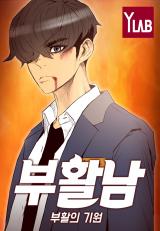 Once a world ruled by men, women stand up and fight to become men's equal. Now, in a land that is equally divided up between man and woman, the battle of the sexes is on! Who's going to win? But more importantly...what's the name of the game?

Reborn as a Scholar

A martial artist, claiming himself to be a "murderer" is defeated by a suicide attack in battle and is reborn as a first born child to a local lord. Having a fresh start, a warm family and a little sister to protect - he decides to become a better person in his new life. 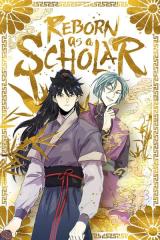 Empress of Another World

Crossing over into another world and time after a freak accident, Korean highschool girl Sabina is taken in by a duke of the Crentia kingdom, only to soon be offered up to the ugly old emperor as a concubine.
When the king is killed by a mysterious assassin, Sabina must face the poisonous circle of other candidates in a battle for the royal seat. Can she attract the loyalty and affection of the men and women she needs on her side to survive?
Based on the hit series of novels. 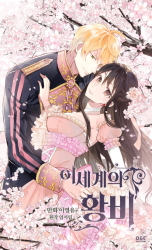 They Say I Was Born a King's Daughter

After spending most of her youth fielding the attention of countless wealthy suitors, Suhee Kim finally finds true love with a steady boyfriend named Jinsu Han. But then tragedy strikes, and Suhee is murdered in cold blood.

To Suhee's surprise, she is immediately reincarnated as a baby girl named Sanghee Kim, who just so happens to be a princess! Plus, she is fully conscious of her past life. There's just one problem: in this society, women are seen as totally inferior, even princesses. Appalled by the treatment of women, Sanghee is determined to change the kingdom's patriarchal ways. Will Sanghee be able to succeed, or will she be stuck living her second life being treated as a lowly woman? 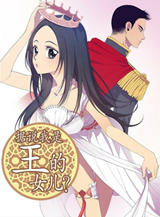 Ianna and Arhad had much in common. They both only cared about themselves, and were madly obsessed with each other. The difference is one wanted the other's warmth, and the other wanted submission.
Though Ianna's life ended in a heated battle against Arhad, the Kingdom's emperor, she is reincarnated into the same life for reasons unknown.
Two people who faced misery in their previous life now have a chance to meet again. Will the same tragedy repeat itself, or can Ianna change the course of history? 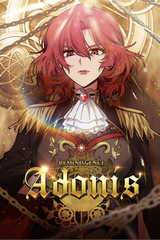 It’s a rude insult when lowly and headstrong servant Edna comes to marry Duke Eli, instead of the noble daughter he expected. But the ambitious maid hides an even bigger secret behind her obvious ruse – one that could change the kingdom’s very history. Can the two find freedom, redemption – and love – without drawing their swords on each other? 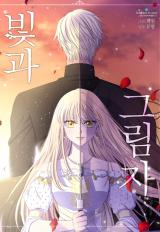 My dumb friend took me to a karaoke for no reason. But wait the girls here are super hot... And is that... That girl from high school? She used to be so kind and pretty... Why is she bouncing on some guy's dick? I want to reconnect with her.

Yoo Hanra: On the verge of giving up her life due to her misfortunes, she is granted another chance through an invitation to the mysterious Zero Game. What if she wins? She'll be able to create a second life the exact way she wants it to be. And if she loses? She'll die for good. With a shaky new partnership, skills to learn, and enemies chasing after her, she must find a way to finish all of the levels and meet the Operator to finally get the life that she wants.

Due to his prosopagnosia, Sang struggles with maintaining a normal school life. It’s hard to make friends when everyone’s face looks like an egg… literally. There’s only one person he can recognize -- Ujeong, a mysterious girl who seems to struggle with fitting in herself. In their pursuit to be “ordinary”, these two high-schoolers forge an unexpected friendship. 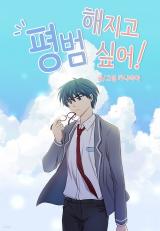 Min Jung Woo has a special ability, one that lets him see whenever a path leads to an unfortunate future. Min Jung Woo uses his eyes of "Misfortune" to spot unfortunate events and tries to stop them, leading him to become a terrorist feared by the people. 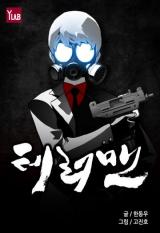 Do It One More Time

A dissatisfied married couple is given a second chance at love and are transported back in time to the day they met. Will they get back together or find new loves? 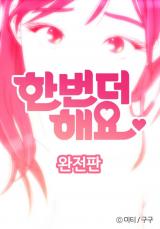 What happens when the greatest martial artist of the Murim world meets a genius magician from a fantasy world?

The current generation of humans are often said to be called descendants of Adam and Eve. However, there lies a small number of a different type of humans in this world. Children of the one who is called to be Adam's first Eve - Lilith. Her children look completely the same as Eve's descendants, and the few who live among us... are still somewhere in the world.

When the daughter of a shaman gets "strung up" with a centuries-old vampire, is it love or something more sinister that binds them? Indeed it is, Indeed it does
The leader of the Killberos Tribe Jang Gwangnam unfolds street action comics Life is gambling anyway! Bet on her who is already a wife! The price should be more than anything else! Two children unexpectedly meet in the midst of war. After running away from the chaos, they come across a long empty road. With no adults to rely on, the two strangers, now become friends, walk alongside each other to see what's at the end of the road. All they hope is to keep being able to move forward. Just what kind of trials and tragedy awaits them during their journey for survival? (Lezhin)

An apocalyptic event has wiped out most of the population. A young boy meets a girl in the sea of dead bodies. Bound together by their shared trauma, they keep walking forward in hopes of finding a safe haven. But does a safe haven exist in a world that has lost its humanity? (LINE Webtoon)

Sharks don't have lungs, but they do have to breathe oxygen to survive. Instead of breathing air, though, sharks get oxygen from the water that surrounds them. So they have to move around, if they stop moving for a while, they sink into the water and die, So Sharks have to move and move constantly from birth to death. The same goes for you. If you want to survive, keep moving, then you will be the best hunter... like a shark.

The story of angels who don't behave like angels and devils who are kinder than them. A new romance begins!

When the hottest girl in school offers Wonyoung a part-time position at her family’s women-only boarding house, Wonyoung is stoked. But when she ditches him and her family yelling how she doesn’t want to work at a boarding house filled with a bunch of “creepy” women, Wonyoung starts to wonder what he’s gotten himself into... Turns out the building is built on some inauspicious land, amplifying sexual desire to an uncontrollable state. It's Wonyoung’s job to help curb that desire for the reputation of the boarding house, and the sanity of the ladies living there.