This unprecedented, full-colour collaboration between East and West will be released first in English, making it indispensable for Attack on Titan fans and curious comic fans. 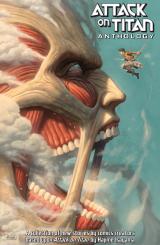 Following the development of virtual reality, Thera, a revolutionary and ultra-realistic online game to the almost infinite universe is born. Inside, everyone can become what they want and experience many adventures. But for Sakuu, the first immersion turns into a nightmare: unable to disconnect, he finds himself a prisoner of a virtual world populated by wild creatures. Without access to the interface of the game nor to the items of care, who knows what will happen to him if it loses the life in Thera ... And it is not the only one in this situation: its road crosses that one Other players who are victims of the same problem. For these Outlaw Players, game over is not an option. Whatever the cause of the bug, Sakuu and his companions have no choice: they must harden, explore, learn, and sue.


Outlaw Players was originally an online comic book published in 2002 before being paused and thought of as "a succession of anecdotes about online video games, more humor-based which relies on Mechanics of MMOs ". The author, Shonen, therefore had to "take up the project and reflect on a more coherent framework and concept" during the series adaptation.
In order to keep up with the slower release rate than in Japan, the first four volumes were completed before the series was launched and quarterly planing was put in place for the first six volumes. The serie benefits a trailer by the Japanese animation studio Gonzo.
The series is published in the sense of Japanese reading by editorial choice, "not to break the codes of the manga for the French readership but also in order to facilitate the sale of the series in Japan". From Dark Horse:
When Aang leaves to aid Fire Lord Zuko with spiritual affairs in the Fire Nation, Katara and Sokka return to the Southern Water Tribe by themselves, where they are shocked to discover that their village has become a bustling city, with Hakoda in charge. The changes seem to have largely been due to the efforts of Malina, a member of the Northern Water Tribe who is seemingly striving for greater unification of the Water Tribes, but has unknown intentions. 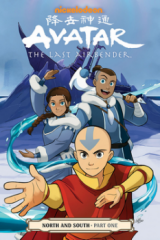 Fynn has always been lazy: his favorite activities are skipping class, smoking, and lounging around. When his girlfriend breaks up with him, telling him to try doing something else for a change, he has no idea where to even start.

One night, on a walk around the neighborhood, he comes across Niko stargazing on a hill. Niko wants nothing to do with this chain-smoking, loud-mouthed guy getting in the way of his astronomy— but Fynn is intrigued.

What's up with this nerdy boy who loves to watch the stars, and why is Fynn so captivated by him? 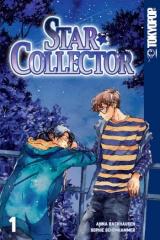 Morrey is not astonished badly, suddenly as everything what he touches with his hands, to gold solidifies. Still he wants to get rid of this gift fast again, because gilt underpants are neither comfortable nor practical. Together with his loyal viper and his new friends Morrey searches a remedy - and after a way to make a tragic event declining...

Note: This is not an OEL! Original in German. 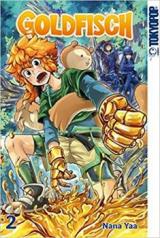 from Yen Press:
Quincy has the same dream every year on Christmas Eve - of finding a little boy holding a special gift for her under the tree - and every Christmas morning, she's awoken to find a gift wrapped in tinfoil with her name on it...

When school resumes after the winter break, Quincy's class discovers they have an unusual new transfer student named Cupid. Ridiculously cute and friendly, the new boy has everyone both enamored and confused. Those antlers can't be real...can they?? With Cupid having seemingly set his sights on Quincy, it seems she'll be having a memorable year indeed! 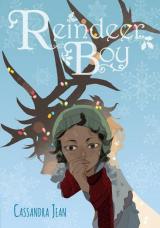 The Daily Life of Crunchyroll-Hime

In the fall of 1946, Petty Officer Daniel Myers is assigned to helm the largest ship in the world, the recently commissioned USS Midway aircraft carrier - a floating city of 4500 souls on post-war cold-weather operations in the North Atlantic. His commanding officer - a decorated hero of the Pacific War - Captain Giovanni Bove, is his one guide point in a stormy sea of doubts and hopeless desires. As a young man untested by war, Daniel struggles to earn his place at his captain's side before circumstance drifts them apart. 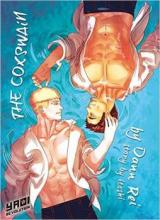 From Dark Horse:
The last real man on Earth may be an android.
AD 2100: A devastating manmade plague is turning the human race into cannibalistic monsters known as the Thrall. But there is hope: young Daisy Ogami’s blood holds the secret to a cure - if Itto, her android protector, can get her to a place where it can be extracted!
Screenwriter Eric Heisserer retools Lone Wolf 2100. 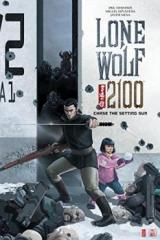 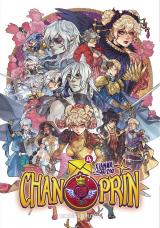 American artist Llynx Rufus brings us a light-hearted tale from the Napoleonic War era in Light Horse and Cannon. When Hungarian Voros Macska (his friends call him Paprika) of the 5th Hussars wanders wounded into the Hess-Darmstadt Artillery camp, German Corporal Hans Mintz is eager to tend to his wounds using an aromatic extract from the family PFEFFERMINTZ industry. Get it? Paprika + Mintz = peppermintz? More than just clever wordplay is at stake as these two uncommon lovers share a common secret between them and the flaps of their rain-soaked military tent. 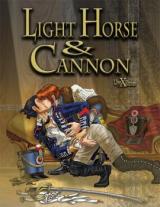