Kamo has kept death at his doorstep for years. Now, just before his last breath, he receives a visit from a powerful being named Crimson. Crimson offers him a chance at a new and healthy heart, in exchange for his help in capturing twelve spirits. However, Kamo will find out a pact with a spirit is not without its price? 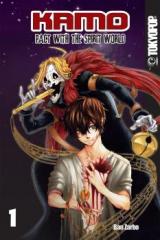 Choi Jinsoo, the fearsome gang leader, is actually an omega in disguise! For 3 years, he faked his identity as an alpha for reputation. When a particular alpha catches his attention, will he succumb to his instinct? 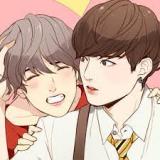 A pregnant woman is pursued by a supernatural creature. On the internet, videos of a bandaged hero surface. 15-year-old Tim Muley makes a terrible discovery in his neighbor's garden. Three seemingly unrelated events, all of which seem to point to an imminent zombie apocalypse! But this time the story's not about the end of mankind; it's about a new beginning... 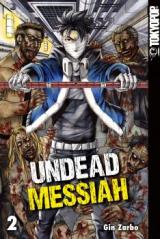 Dorothy Gale, along with her beloved dog Toto, finds herself whisked away by a tornado to the mysterious land of Oz. Something about this strange place feels oddly familiar, but Dorothy just wants to go home. Following the advice of a kindly Witch, Dorothy must travel to the Emerald City and seek out the Wizard of Oz, who alone has the power to send her back to her world.

Alongside a trio of fascinating new companions, and a mysterious young man known as "Zero," Dorothy must follow the Yellow Brick Road on her journey to escape Oz and some of its less than friendly denizens, the evil Witches. Yet even though all this seems to be happening for the first time, Dorothy feels as if they have all met before... Buried secrets and conflicted romance await Dorothy as she travels through the wonderful land of Oz! 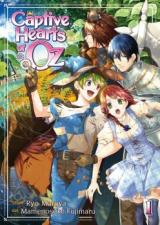 The Legend of Korra: Turf Wars

Relishing their newfound feelings for each other, Korra and Asami leave the Spirit World . . . but find nothing in Republic City but political hijinks and human vs. spirit conflict.
A pompous developer plans to turn the new spirit portal into an amusement park, potentially severing an already tumultuous connection with the spirits. What's more, the triads have realigned and are in a brutal all-out brawl at the city's borders--where hundreds of evacuees have relocated.
In order to get through it all, Korra and Asami vow to look out for each other--but first, they've got to get better at being a team and a couple. 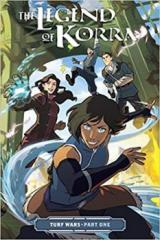 The mysterious cataclysm has changed the world forever, and now people live in constant expectation of new natural disasters. But what are they caused by? What kind of higher forces decided to punish humanity? The answer knows a young man named Kuno, who was in the epicenter of the very first catastrophe. In his hands is the key to unraveling the mystery, which he forgot long ago. Now he will have to remember who he really is, and face to face with powerful beings who want to destroy humanity. 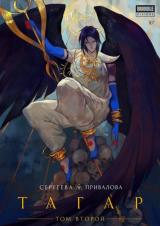 from Yen Press:
Hanging out with her best friend, Simon, is just about the most exciting thing in Clary's life...that is, until she realizes there are people only she can see. But when her mother disappears and a monster attacks her, Clary has to embrace a world that she never even knew existed--a world full of vampires, werewolves, demons, and those who fight for the humans, Shadowhunters... 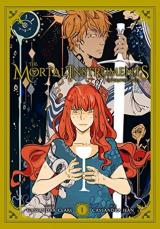 Jasin, a 16-year old boy, believes strongly that mythical creatures exist. He is especially besotted with dragons and it is his biggest wish to befriend one someday. One night, Yasin is amazed by the sudden visit of a distinguished guest. Is this the first step towards the fulfillment of his dream? 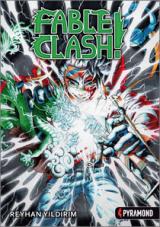 In this world full of catboys and catgirls the Pureblooded Jin can't get the two colored Alicio out of his head. The fact that Alicio barely notices Jin doesn't bother him much. Because Jin has the perfect plan to make Alicio fall for him. 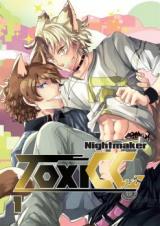 A male concubine climbs his way up in the imperial harem of Phantom Paradise, hiding an ulterior motive.

It follows the adventures of the young girl Dada in a incredible world.

*It's not exactly a OEL Manga, it's more precisely an Euromanga.

In 1781 - French privateers were wreaking havoc on the shipping lanes between Ireland and England. In the King's Navy, fortune and glory could to be found aboard her frigates. Ambitious Lieutenant, Quentin Howell, has just been reassigned to the Stag. Little does he know the adventure that awaits him will be more than he bargained for when he joins forces with Second Lieutenant James Hotspur. The two become fast shipmates in short order sharing the same birth, training the midshipmen for close quarter action and hardening gunnery crews for the heat of battle. When the chase for the privateer Briton ends in a draw, Howell devises a plan to clandestinely board the damaged ship, in a battle for prizes that can only be captured at sea. 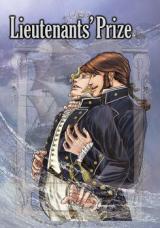 In his daydreams, Jensen is the biggest hero that ever was, saving the world and his friends on a daily basis. But his middle school reality is VERY different - math is hard, getting along with friends is hard...Even finding a partner for the class project is a big problem when you always get picked last. And the pressure's on even more once the school newspaper's dynamic duo, Jenny and Akilah, draw Jensen into the whirlwind of school news, social experiment projects, and behind-the-scenes club drama. Jensen's always played the middle school game one level at a time, but suddenly, someone's cranked up the difficulty setting. Will those daring daydreams of his finally work in his favor, or will he have to find real solutions to his real life problems?

The charming world of Berrybrook Middle School gets a little bigger in this highly anticipated follow up to Svetlana Chmakova's award winning Awkward with a story about a boy who learns his own way of being Brave! 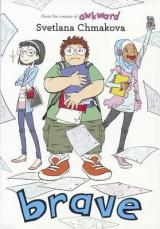