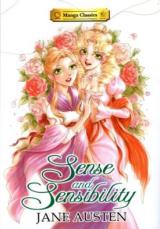 “This adaptation retains all of the charm and fun of the characters and situations, and is a great way to expose those without the time or inclination to pick up the novel.” Good Comics For Kids (School Library Journal).

Beloved by millions the world over, Pride & Prejudice is delightfully transformed in this bold new manga adaptation. All of the joy, heartache, and romance of Jane Austen's original, perfectly illuminated by the sumptuous art of manga-ka Po Tse, and faithfully adapted by Stacy E. King. 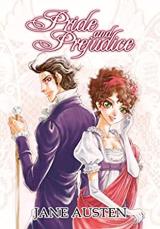 Lilico, with the help of her cat, must learn to adjust to a new country, a new school, and new pressures in Bounce Back, a middle grade graphic novel from author/illustrator Misako Rocks! about finding your team and finding yourself. Lilico’s life in Japan is going well. 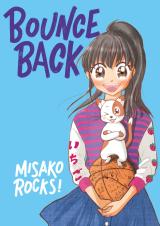 Macbeth, the Thane of Cawdor, is a loyal subject of Duncan, the King of Scotland. At least, he used to be. With tempting words and treacherous images, three witches and his own wife inspire Macbeth to a terrible act of treason and murder. As one murder follows another, Macbeth begins to lose his grip upon both his sanity and his hard-won kingdom - but what could possibly unseat him from his bloody throne? Manga Classics presents a NEW EDITION of Shakespeare's brutal Scottish tragedy, featuring lush visuals and the FULL, ADAPTED MODERN ENGLISH text of the classic play! 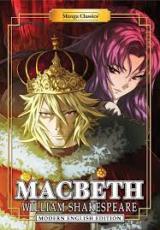 A group of Magical Girls who defend their city from fiendish monsters that prowl by night. The adoring idol culture surrounding these girls, along with the genuine life-or-death struggles they face each night, forces them to grow up quickly and under severe pressure. When tragedy strikes, the team’s least confident supporting member, Undine, must step up and learn to fight her own battles. 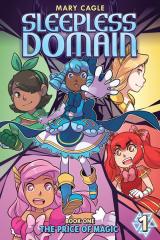 Shoto Tanaka's existence has been anything from ordinary as the son of one of Japan's most notorious Yakuza bosses. Until he meets Goro Nakamura, Japan's top athlete. Goro is used to putting on a show for the public, having come from a long line of money, a high reputation, and constantly in the spotlight. Shoto, like many others, succumbed to Goro's frigid charm. What Shoto does not realize is that Goro is also Japan's notorious 'Animosity Serial Killer'. How far will Goro and Shoto's deep-seated affection with one another and their unique ideologies influence their complex relationship and those around them?

Note: According to author IG post, only on the INKR release, CH.1-2 are completely redrawn and CH.2-3 have been tweaked. While on tapas certain chapters have parts but on INKR they were combine into one chapter
Note: Due to reasons the author has announce as of Feb 2022 that the webtoon will no longer update on Tapas but previous chapters will still be up. The novel will still continue on Tapas. 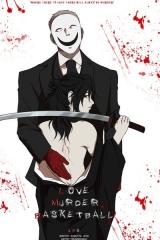 Transition Game is the story of Kameron Ford, a 15-year-old American basketball prodigy living in Stuttgart, Germany with his mother, a US Naval Officer, and his two younger brothers. When Kam’s mother is suddenly promoted, it causes the family to uproot everything, and move half a world away to a remote island posting in the Okinawa Prefecture of Japan. Feeling alone and unsure of how to adjust to life in his new home, Kam takes solace in his main love basketball, but “Do they even play basketball here?”. Now he must struggle to make new friends and find his place in this foreign land. However, before long Kam discovers that the Japanese basketball world has far more in store for him than he ever could have imagined, causing him to grow as both a basketball player and more importantly, as a human being. 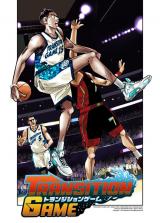 The King of Gods and Satan fell in love, and the fruit of their love is the male lead of this story. What is his fate? Let’s watch his journey. 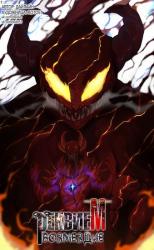 Star Wars: Guardians of the Whills 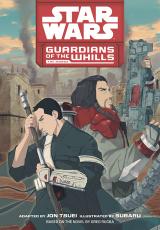 In the aftermath of the Hyperspace Disaster, young Jedi Knight, Lily Tora-Asi is assigned to help displaced civilians relocate to Banchii, a newly inhabited planet in the Inugg system far in the outer rim. Banchii is the site of a new Jedi temple led by Master Arkoff, Lily’s Wookiee mentor, who imagines the temple as a place of peace for new inhabitants and for those who are traveling beyond. While balancing the arrival of incoming settlers with the strange mysteries of this remote outpost, Lily wonders if she’s doing enough to bring peace to the galaxy. But when hidden dangers begin to emerge, the young Jedi will face her greatest challenge yet... 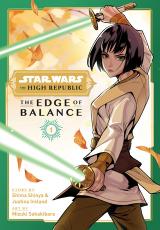 Rise of the Phoenix

One day, a team of archaeologists discovered a cave deep inside Antarctica. What was hidden inside were enormous crystals that no one knew the origin of. Suddenly, a burst of unknown energy flooded the earth from the crystals.

This was the origin of the enhanced children. Elaine was one of them. They were treated as nothing more than lab rats.

We were told not to move without their order. So we didn’t move. We were children that were supposed to be the root for humanity’s salvation. We were the carriers of hope for the future of our world, they said. You are very important, they said. So why did they leave? Why did they leave us there to be swallowed by the maliciousness of these flames? Was it our fate to die in the end…? Should I have listened to their orders back then? This flame is the nightmare that follows me, and the mystery I have to solve. 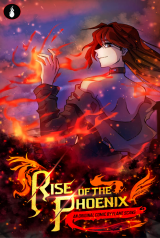 Aiko Moriyama studied religious art at the Sorbonne, but her research in occultism quickly led her down a dangerous path. When several experts around her come under attack from a mysterious entity rising from the depths of the web, she finds herself embroiled in a police investigation involving the sinister leader of an international organization. From London to Tokyo, between transhumanism and black magic, Aiko is determined to solve the enigma of Gamma Draconis and to discover how exactly her family is involved... 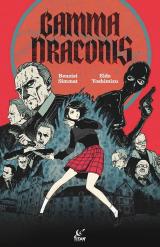 You don’t become a legend by being nice.

She wasn’t born Cruella. Gifted with talent, innovation, and ambition, Estella dreamed of becoming a fashion designer, but the world seemed intent on making sure her dreams would never come true.

The life of an amateur thief is hardly a glamourous one, but in 1970s London, at the crossroads of fashion, Estella has a vision for herself and her designs, if only she can afford it! Witness Estella’s life on the streets with her best friends and partners in (petty) crime, Horace and Jasper, before the infamous diva Cruella emerges to make sure no one gets in her way! 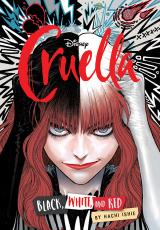 Corruption. Greed. War. Lev is no stranger to the evils of the world, as he has spent his entire life fighting the predatory system that ensnared the world’s population and turned them into puppets for the leaders of humanity.

But when he is assassinated, he finds himself in a new world — with different yet familiar evils. It’s a similar road he must traverse, but this time he can do so with a lifetime of experience behind him.

High schooler Sora Yeom has the perfect life: she lives in a beautiful house, wears the latest fashion, and even goes on dates with her favorite idol member. There’s just one catch -- none of it is real! Sora lives out her fantasy life in VR, making reality feel boring by comparison. With the help of her best friend Yiheon, who dreams of being a real-life idol, Sora must find her place in a world where most people would rather escape into VR than face reality. 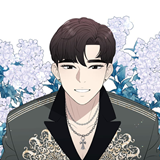 Have you ever wondered what would have happened to raise your hand to those who abused you in the past?
Do not worry. Babel explores this concept by putting you in the shoes of Johan, a recently transferred young man who since childhood was forced to fight for his father. Hating violence from the bottom of his heart, his will will be put to the test before the imminent. 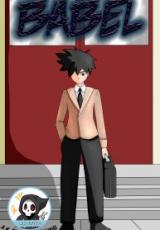 I Killed the Immortal

My name is Arthur Gottfried and I just wanted to marry the mayor’s daughter. Now my lower body lies two meters away from me.
But I couldn’t even die. The Immortal has snatched me from the hands of death and made me his student.

Why did he want me to kill him?

He never told me that. 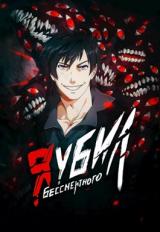 The apocalypse. The chaos that enveloped the entire planet in an instant. Many gates have emerged from the sky on different continents of the Earth.

These were the dungeons, inhabited by monsters eager to devour, destroy what is dear to us: our family, freedom and, most importantly - life. Betrayal, deception and lies! And for what?

But I closed my eyes... because I was already dead. Since I was a weak piece of meat... useless, and no one needed me, I stayed. But in a moment I felt like I was dreaming... But I found out it wasn't a dream. What I saw was empty. And no, it was not a natural void. This is the Limitless Abyss. I appeared where only one type of creature lived: the monsters. 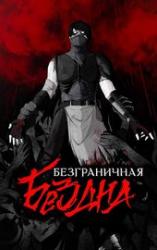