Katagiri Yuichi believes that friends are more important than money, but he also knows the hardships of not having enough funds. He works hard to save up in order to go on the high school trip, because he has promised his four best friends that they will all go together. However, after the class's money is all collected, it is stolen! Suspicion falls on two of Yuichi's friends, Sawaragi Shiho and Shibe Makoto.

Soon afterward, the five of them are kidnapped, and wake up in a strange room with a character from a short-lived anime. Apparently, one of them has entered them into a "friendship game" in order to take care of their massive debt. But who was it, and why did they have such a debt? Could they have stolen the money from class to pay for entry into the game? Katagiri and his best friends will have to succeed in psychological games that will test or destroy their faith in one another.

Jay's the perfect student. He's got straight As and he's the student body president. But after being coerced into joining the school's biking team, the Hummingbird Crew, he discovers a whole new world outside of studying. What new adventures will he face outside the comfort of his textbooks?

Jo Ja-Hyun (Jay) is the student president of Taeyang (Sunny) High. He is not just a smart student but an extreme biker with high techniques. As you follow his bike, you will meet his friends, love and adventures. 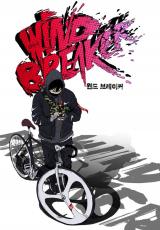 Han Jee-Han, a normal high school student, suddenly develops a special power where his entire world is shifted into a game-like setting. He can see the power levels of people, look at the stats of a seemingly normal item, get abilities, and even level up! Follow Han Jee-Han as he discovers how to use this power, and maybe even where it came from.

Description from Line Webtoon:
What if your life is just like playing a game? What if you can upgrade your status and gain more levels? A fantasy world is coming right at you!

Note: Additional info about the universe in the novel "The Gamer - Origin" (더 게이머 오리진) The son of the empress, sentenced to life in prison, although blind and old declares revenge on his unaging mother who gave him the sentence. He recruits a fellow inmate, who lost her arms and legs in addition to her sentence, in his revenge. 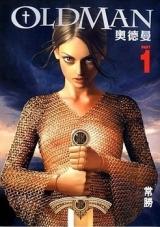 Upon first sight Machida Yuki knows that she doesn’t want anything to do with Naruse Shou, but how can she keep her cool when he is a part of the basketball club she manages?

With her mother dead and father long gone, Chise Hatori has spent her childhood being passed unwanted from relative to relative, until she finally makes her unfortunate way to a strange and improbable auction block. Offered as a "slay vega" to the highest bidder, Chise is purchased by the (literally) boneheaded Elias Ainsworth, who promises to take her on as his apprentice. Elias is a mage, and his world is one of dragons and faeries - but before Chise can begin to get accustomed to all that nonsense, Elias drops another bombshell. Apparently Chise isn't just intended to be his apprentice - she will also be his bride.

Richard, the ambitious third son of the House of York, believes he is cursed, damned from birth to eternal darkness. But is it truly fate that sets him on the path to personal destruction? Or his own tormented longings? Based on an early draft of Shakespeare’s Richard III, Aya Kanno’s dark fantasy finds the man who could be king standing between worlds, between classes, between good and evil.

Notes:
Has Three Spin-Offs;
•A gag comic about the characters in a Academy, art and written by Kineko Abekawa.
•A novel written by Yō Makusu.
•Two (Plan) Volumes of Extras/Side Stories

The romantic comedy follows the everyday life of an extremely tsundere (initially aloof and abrasive, but later kind-hearted) boy named Atsuhiro "Akkun" Kagari and his girlfriend Non "Nontan" Katagiri. Akkun's behavior is harsh towards Nontan with verbal abuse and neglect, but he actually is head-over-heels for her and habitually acts like a stalker by tailing her or eavesdropping. Nontan is oblivious to Akkun's stalker ways, and thinks his actions are cute. [ANN] 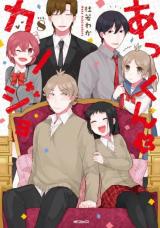 Li Xiao Yao left S.W.A.T to become an ordinary security guard. While working, he happened to enter the VIP room and found Lin Wang Er still in the middle of changing. As revenge, she took him on a ride and kicked him out of the car. After hours of walking, Li Xiao Yao finally managed to get back home just to be kicked out of the house. He then got an offer from his previous supervisor to become the bodyguard of the Tian Xi group CEO's daughter both in game and in reality. But unknown to Li Xiao Yao the girl was actually... 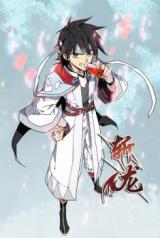 Ane (Older sis) is uber perfect; she's beautiful, intelligent and is admired as the president of the student council. But, when it comes to her little brother, she goes nuts, unable to control her over-the-top obsession with him. Their days get even more chaotic surrounded by a bunch of oddballs, from a mentally-disturbed best friend, their little sister with a sister complex, an ex-punk convenience store manager, a hardcore masochist, a loli-con and more! Casual comedy perfect for filling your spare time.
-jCafe24.net 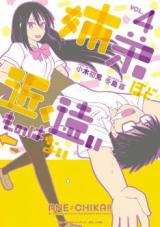 A Cinderella story with a twist!

Esther Mayfield is a normal sixteen year old girl in 19th Century London. Except, ever since she was a little girl, she could see 'ghosts'. She lives in a small part of town and sells flowers to earn a living. She thought that she would continue to live like this forever. Until, one day, a handsome young Count appears in front of her. And he wants Esther to be his bride? Is he really the Prince Charming she has been waiting for? 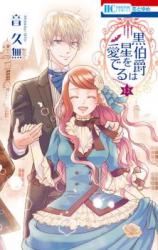 Firenze, early 16th century. The birthplace of the renaissance era, where art is thriving. In one small corner of this vast city, one sheltered girl's journey begins. She dreams of becoming an artist, an impossible career for a girl born into a noble family. In those days, art was an exclusively male profession, with woman facing strong discrimination. In spite of these challenges, Arte perseveres with hard work and a positive attitude!

Haruko is a teenage girl who shares with her brother a love of laying around the house in sweats, watching television and playing video games. Her brother has a few friends, but Haruko has a lot of problems with social anxiety. The two of them pass their days happily playing together, though their mother worries about how she's going to get Haruko to shape up enough to find a husband. Follow the adorable antics of Aoba Suzukaze, a high school graduate who's easily mistaken for a middle school student, as she becomes an artist at the game company that produced her favorite game in this story told through 4-koma.

Note: Volume 5 is a spin-off that acts as a prequel to the main series. 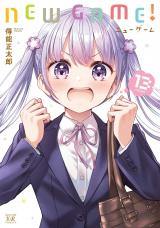 Kobayashi lives alone in an apartment, until one day, Tooru appeared and they ended up living together. Tooru looks down on humans as inferior and foolish. But having been saved by Kobayashi-san, she does everything she can to repay the debt and help her with various things, although not everything goes according to plan. A mythical everyday life comedy about a hard working office lady living with a dragon girl.


Narasaki only wanted a place where he could sit and read books in peace, but was blackmailed by his teacher into supervising a delinquent called Terashima while working at the school library.

As they spend their days in silent but close proximity, they begin to feel drawn to each other. And then...

Meet Colette, a young doctor. Since she's the only doctor in town, she has to attend to everything, and quite honestly, she thinks she needs a break. One day, she's so frazzled that she jumps into a well. But, she didn't die? Instead, she finds herself in the underworld, where she encounters Lord Hades. Somehow or the other, she becomes Hades' doctor. Follow Colette in her new (though still busy) life, now with Hades thrown into the picture!

Love of music unites the four members of the band Given: hotheaded guitarist Uenoyama, playboy drummer Akihiko, gentle bassist Haruki, and Mafuyu, a singer gifted with great talent and burdened by past tragedy. Their struggles and conflicts may drive them apart, but their bond to the music—and to one another—always brings them back together again.

For centuries, terrifying creatures—known as "Kegare"—from the parallel realm Magano have wreaked havoc throughout Japan. The brave men and women resisting their onslaught are secretive exorcists whose one and only goal is to eradicate all the Kegare.

In the present day, 14-year-old Rokuro Enmadou is a talented and powerful exorcist. However, a tragic event in the past caused him to resent exorcists and give up his dream of becoming the strongest. In stark contrast to him, Benio Adashino is a beautiful and prodigious exorcist of the same age who carries the hopes and dreams of all people.

These two teenagers, despite their differences, are the prophesied "Twin Star Exorcists": the two people destined to give birth to the Miko—the exorcist who will vanquish the Kegare and cleanse the world of all impurities. But as the adolescents are both far from maturity, let alone adulthood, only hardships and trials await the unlikely heroes.

Two boys met on a stormy night: Tsukushi, a boy with no special traits at all, and Jin, a soccer genius. On that night, Jin drags Tsukushi into the world of high-school soccer. 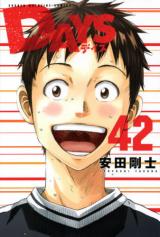 It starts in a grim world where all cultivators are greedy beasts doing inconceivable acts to reach the apex. This is the story of Ning Fan, a mortal wanting to become an Immortal to rule over his own destiny with the art of dual cultivation.

The story starts with college student Taichi, who comes from a not-so-well-off household and is desperately searching for work. He (literally) stumbles across fellow student Kouhei while on a job hunt, and is incredibly enticed by the delicious bento Kouhei has in hand. However, something seems a bit off about Kouhei and when Taichi consults his friends about it, he gets an answer he really wasn't expecting: Kouhei is severely hearing impaired.

Hidamari ga Kikoeru - Limit
College student, Kouhei is hard of hearing and so he distances himself from those around him. He then meets Taiichi, a classmate who's got a bright personality and speaks his mind. "It's not your fault that you can't hear." When Taiichi speaks these words, Kouhei is suddenly saved by those words... More than friends. Less than lovers. His meeting with Taiichi will change him.

Seth is an aspiring sorcerer from the Pompo Hills area. Like all wizards, he is an "infected": one of the few living beings who survived the contact of the Nemesis, these creatures fallen from the sky that contaminate and decimate all those they touch. His apparent immunity made him choose a path which seemed to him to be all the more appropriate: to become a Hunter and to fight the Nemesis. But more than that, Seth wants to engage in a quest that goes beyond the simple hunt for monsters ... He wants to find the Radiant, their presumed cradle. Surrounded by a faction of sorcerers, he traveled the world in search of the Radiant, under the terrible eye of the Inquisition ...